Xbox One S launches in Singapore on 13 Dec, bundles start at S$499 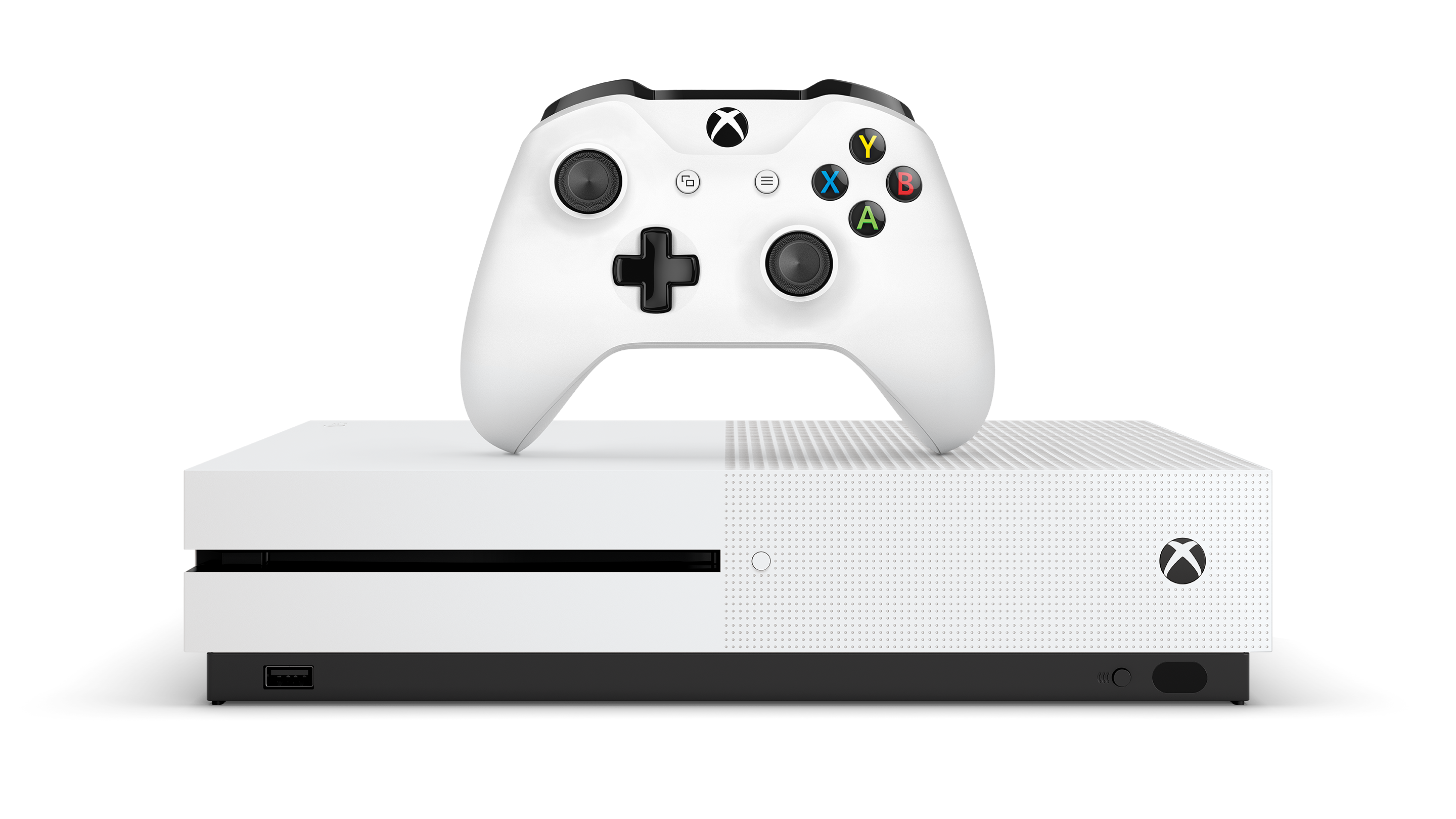 Microsoft’s Xbox One S is finally hitting retail shelves in Singapore. The smaller, sleeker, and 4K-capable console will be available on 13 December as part of either the Battlefield 1 bundle or the limited edition Gears of War 4 bundle.

The Xbox One S is listed as being 40% smaller than the original Xbox One, eliminating the brick-like external power supply for an in-built one. And unlike its predecessor, the new console can be stood vertically to free up space – there’s an optional stand but you’re going to fork out extra money for it.

Underneath the hood, the Xbox One S brings 4K and HDR capabilities to your living room, provided you have a compatible display in the first place. There’s been plenty of misunderstanding floating around thanks to the various industrial terms used, so Microsoft has kindly compiled a beginner’s guide to clear things up.

If it’s gaming performance you’re after then the Xbox One S isn’t going to be better than the original. Rather, the new system is meant to take advantage of the latest in display technology, bringing richer colors and luminosity to both games and movies.

On paper, the Xbox One S is an excellent choice for anyone interested in movies and TV shows as much as video games. The console is currently the cheapest 4K Blu-ray player, is compatible with Netflix’s Ultra HD streaming, and has access to a huge catalog of titles ranging from the latest exclusives to backward compatible Xbox 360 games.

It’d be remiss not to mention the revised controller too, which now features a subtle texture on the grips and analog sticks, a dedicated 3.5mm audio port, and more importantly, Bluetooth technology that has twice the range and seamless pairing with gaming PCs.

Available in the new Robot White color scheme, this bundle includes a full-game download of Battlefield 1 Standard Edition and one month of EA Access. Note that this does not come with a vertical stand.

Here’s our review of Battlefield 1.

Decked out in a custom, battle-weathered color scheme complete with laser-etched scratches and a matching controller, this limited edition bundle packs a larger capacity hard drive to handle all those games you’ll be downloading in the next few years.

It comes with a copy of Gears of War 4: Ultimate Edition that’s playable on both Xbox One and Windows 10, which also happens to include a bunch of extra goodies. A vertical stand is included.

And here’s what we thought of Gears of War 4.

Both Xbox One S bundles can be purchased at your favorite retailers island-wide.

We currently have a unit for testing in our office so be sure to come back next week, 13 December, for our conclusions on the Xbox One S.

Ade thinks there's nothing quite like a good game and a snug headcrab. He grew up with HIDEO KOJIMA's Metal Gear Solid, lives for RPGs, and is waiting for light guns to make their comeback.
Previous post Western Digital Blue SSD 1TB Review
Next post Highlights from PlayStation Experience 2016