Xbox One finally gets a big price drop for Singapore 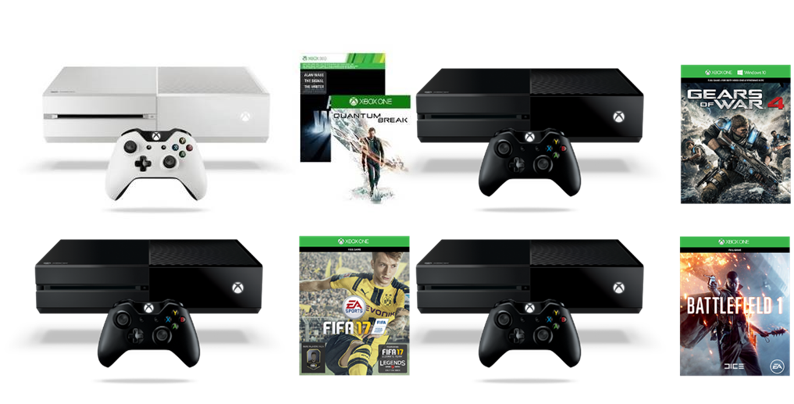 Xbox One bundles will now be available at very special prices, giving consumers savings of up to S$150 with the purchase of one.

A major price drop for the Xbox One has been long overdue, and hopefully will help to push up the install base here. Microsoft has stated that this is a limited-time promotion, although there’s no reason to believe that if it proves popular enough the duration will be extended.

Xbox One Bundles are available at the Xbox Store and at participating retailers such as Best Denki, Courts, Challenger, Harvey Norman, PLAYe, Toy or Game (TOG).

Here are some examples of bundles available:

Now…will Microsoft Singapore please let us know if the Xbox One S console will be available soon?

Aaron Yip is an industry veteran with more than 15 years of experience. When not spending time on his gaming PC and consoles, he can be found in Hyrule solving ungodly puzzles and collecting gems.
Previous post There’s a Pokemon Run coming up
Next post Battlefield 1 (PS4) Review – Battlefield is back!