Are you as hyped up for Pokemon Let’s Go! as we are?

If not, too bad. We’re talking about it anyway. More specifically, game director Junichi Masuda will. In a recent interview (much appreciated, Bahamut), he laid out some juicy info as well as some considerations that the team went over while developing the two games.

Don’t worry, we’ve consolidated the most important bits so you don’t have to trudge through the full interview yourself. It’s still rather beefy though. Bear with us. 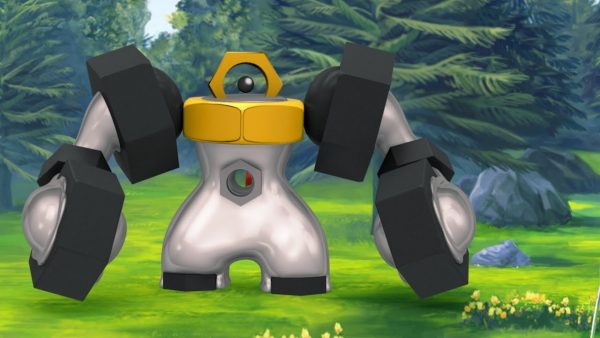 Compared to the mainstream Pokemon games (if you will), Masuda highlighted that the Let’s Go! games were designed to be much more kid-friendly, as the team was worried parents might disapprove if there was too much violence portrayed on screen.

Not much has been changed from the original Pokemon Yellow. This keeps the general authenticity and nostalgia factor intact, although certain miscellaneous aspects were streamlined and optimized.

Here, Masuda quoted the team’s direction of letting players have an experience to call their own. So, rather than simply rehashing the original protagonists, Game Freak decided to go with this option.

Eevee’s multi-language voice-overs: The legendary Ikue Ohtani probably needs no introduction. After all, she’s the voice behind Pokemon’s world-famous mascot Pikachu. But what about Eevee? We have actress Aoi Yuuki to thank for that. During the interview, Masuda added that she was asked to make various renditions of Eevee’s cry, as acknowledgment to the different translations from around the world.

Pikachu-perching: If you’ve watched the anime, you’ve most likely seen Pikachu on Ash’s shoulder at one point or another. Well, in the new games you can do that too! If anything, it’s probably to make the games more relatable to the animated series. 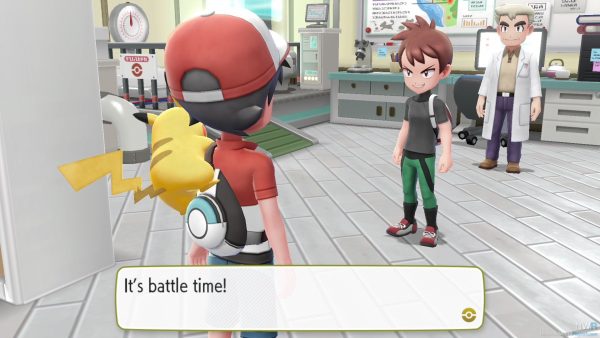 According to the director, there will be another set of titles due for release in 2019, although he was tight-lipped about the exact details. Nevertheless, Masuda reaffirmed that the Let’s Go! games are still the team’s current priority, and fill a sort of transitional role as the games move from the 3DS to the Switch.

We’ve saved the lengthiest portion for the last. In the interview, there were five main gameplay differences that Masuda discussed.

If you didn’t already know, the Let’s Go! games will only feature the original 151 Kanto Pokemon (with the exception of Meltan and Melmetal). Compared to collecting over 700 Pokemon for the National Pokedex, I’d say 151 is a LOT more realistic an objective. Good grief. 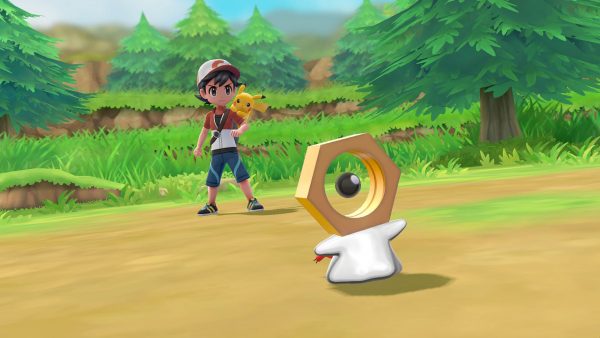 Pokemon can now be seen in the wild grass as the player moves around in the overworld. Masuda said the team wanted to put the choice of battling back in players’ hands, which I think makes exploration much more convenient. At least now I don’t have to deal with an army of Zubat whenever I walk into a cave.

Conventional players will probably be used to lowering a Pokemon’s HP before tossing Poke Balls at it. Masuda personally falls into this category as well. However, he said that Game Freak decided to refocus on the pleasure of catching itself rather than the battle-catch philosophy of the mainstream games. So, all you have to do in the game is use the Joy-Con to simulate throwing Poke Balls. Considering that the Let’s Go! series are meant to tie in closely with Pokemon Go on mobile, it’s an understandable approach.

Pikachu and Eevee have their own roster of signature moves! However, to compensate for it’s more versatile Electric typing, Masuda explained that Pikachu has considerably less techniques than its counterpart Eevee, which is Normal-type. Without this, the latter would fare a lot worse in many situations. Fair enough.

Last but not least, Masuda went over the co-op functionality of the Let’s Go! games. The drop-in, drop-out mechanic allows people who don’t have the game to join in on the fun alongside their friends, provided they own a copy. It’s also a good way for parents to chill out with their kids, and if the parents are avid Trainers themselves, that makes it even better! 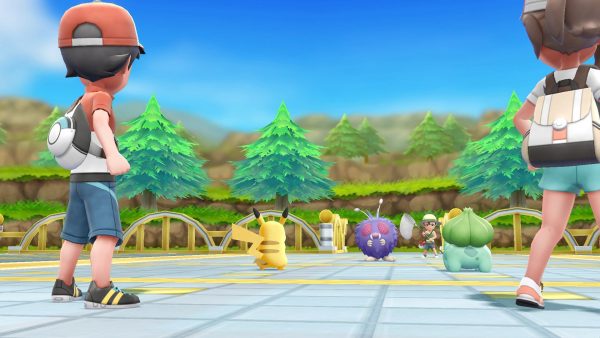 Hey, you made it!

All in all, the Let’s Go! games, with all it’s beginner-friendly tweaking, might appear too simplistic for veteran Trainers. As a long-time player myself, I can see why people complain they don’t really encapsulate the Pokemon experience, and I wouldn’t say they’re completely wrong. However, it’s important to keep in mind that accessibility is the central focus for these two titles, and tossing beginners straight into the deep end certainly won’t be doing them any favors. That being said, let’s keep an open mind, strap on those Running Shoes and go catch ’em all!

Kenneth is your dedicated jack of all trades gamer and borderline anime nut. When not writing, he likes to wind down with Overwatch, Apex Legends and a bit of Fate: Grand Order on the side.
Previous post GAX Deal Alert: Xbox One S, Humble Bundle Fall sale and a free game!
Next post Remembering Stan Lee with 3 classic Marvel games