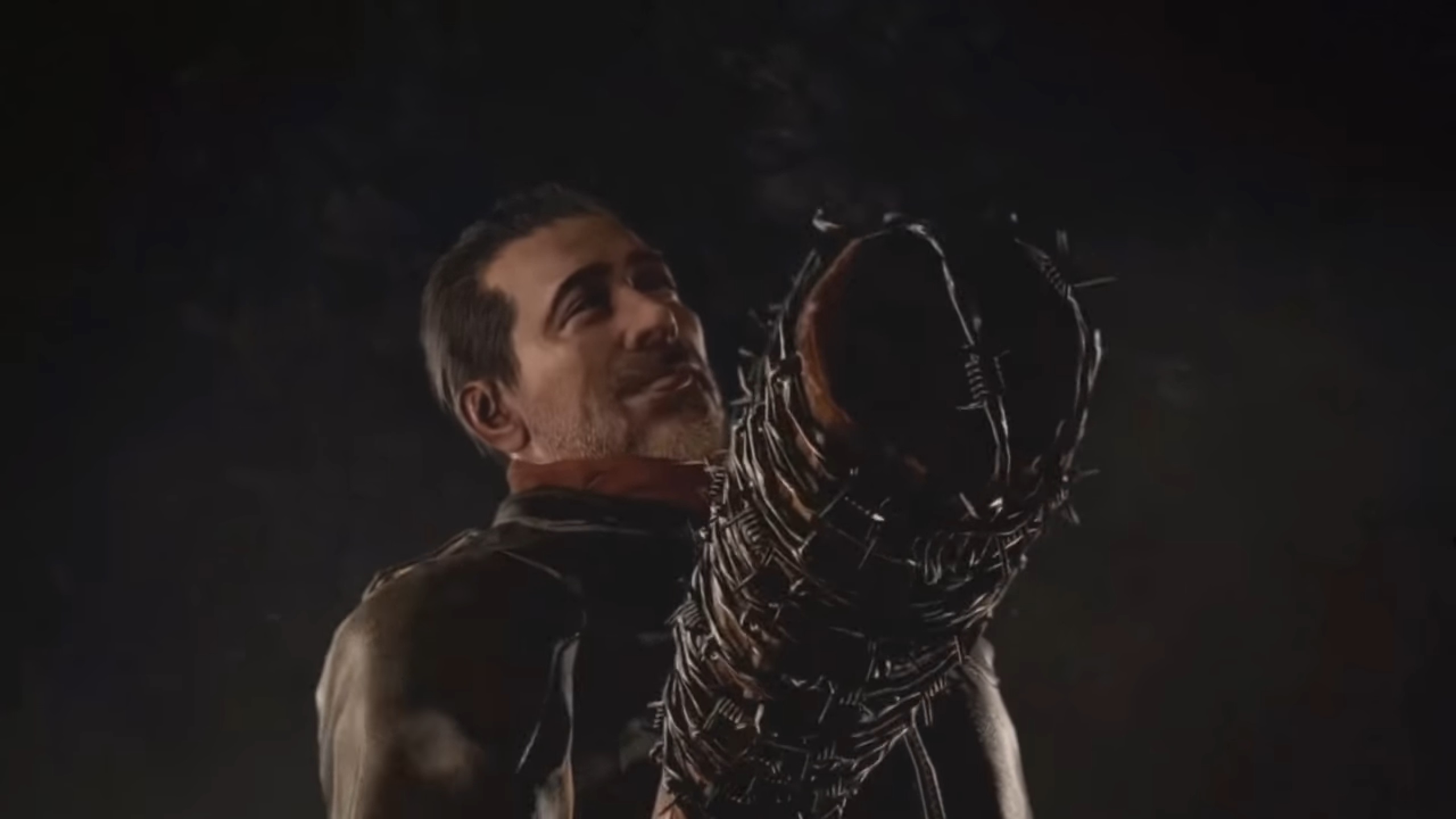 Your favourite zombie apocalypse villain Negan has been announced to be part of the Tekken 7 roster earlier this year, but little has been revealed about him – until this year’s Tekken World Tournament that is. The trailer finally gave us a taste of what it’ll be like to bash Paul with a baseball bat. Hint: reasonably satisfying.

In a scene reminiscent of his entrance in The Walking Dead, Negan teaches a lesson to some members of the Tekken crew, smug face and slightly insane grin included. Stepping out of his RV, a familiar voice hits us confirming that Jeffrey Dean Morgan has been brought back for this performance.  Fun fact: Negan would be the first character that is based from a non-Japanese franchise in Tekken.

As you might have expected, his attacks are heavy, brutal and stunning. Sporting a seemingly slower playstyle than the average character, many of his attacks are about overwhelming opponents with brute force, often stunlocking or grounding them. This leads to him taking many small skirmishes before backing off and going at it again. And of course, Negan wouldn’t be complete with him taunting and being disdainful towards his opponents, and all of this is beautifully shown in his animations and voice acting.

Lucille is a major part of his kit of course, as he uses her to break ankles, shatter ribs and homerun skulls as combo finishers, while keeping a distance with everyone thanks to the range this weapon offers him. Which also makes him one of the rare Tekken characters with a weapon, offering him a greater range to work with.

His rage art offers us a beautiful rendition of that iconic scene in the series, so if you haven’t watched that episode, consider this a huge spoiler alert.  The camera cuts to the perspective of his victim. His victim’s view is groggy and stunned. The victim’s voice is muffled and distorted just before Negan bashes their skull with the mighty blow of Lucille, and this symphony of pain is garnished with sound of cracking bones.

And yet, in a game where a panda can fight a walking tree, Negan almost feels like he doesn’t fit in this universe. Tekken’s bright, particle emitting hits clashes with The Walking Dead’s dark and bloody theme, and his heavy attacks are made less impactful by the lack of blood. Negan is the type of character that would fit in more closely with Mortal Kombat, but we can reasonably assume that AMC wouldn’t be so keen on having one of their most beloved characters have their spine ripped out or torn in half.

So, for now, stretch out your arms, get your leather jacket out and wait for Negan to be available in game. Katsuhiro Harada mentioned that they were still working on ironing out some animations and details about the character, and if the last character releases are anything to go by, it might be a few months before Negan actually comes out.

Never talk to Nadine about good games with good narratives. She may never stop talking. Other topics she can't stop talking about: games in general, really, consumer tech, and pop culture.
Previous post Here are the PlayStation Awards 2018 winners
Next post The Dota 2 Chongqing Major could get cancelled after racist taunts