VIP Squad are the champions of the PUBG Mobile Malaysia National Championship 2019! 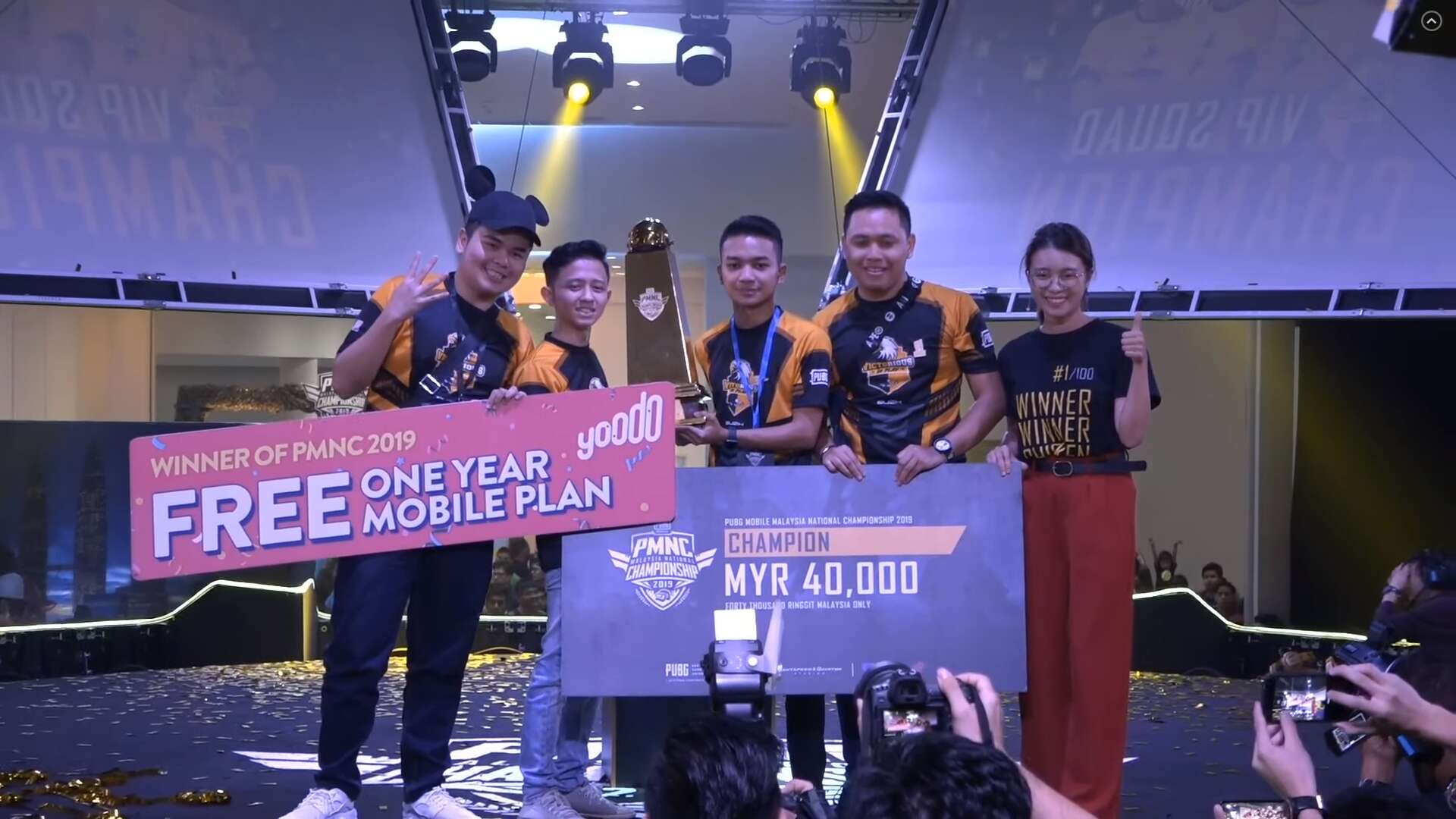 The PUBG Mobile Malaysia National Championship 2019 (PMNC 2019) concluded in an epic fashion yesterday, with VIP Squad clinching 1st place in the tournament. This is in contrast with PMNC 2018, where they only managed to secure 4th place!

The final game itself was an event all by itself. The last match took place in the Erangel map. Tension rose almost immediately when three different teams landed in the same area, competing for loot and killing one another over it. That pretty much set the tone for the rest of the match, a suspenseful affair as every team tried to score that last chicken dinner. 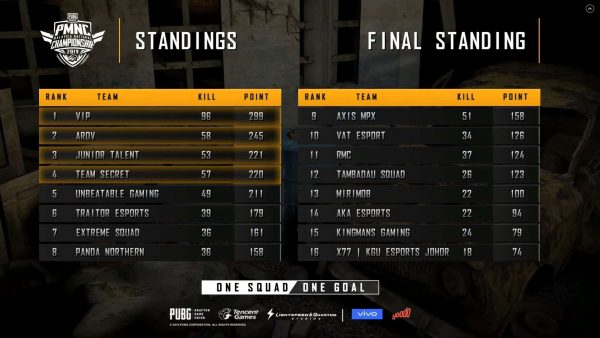 These four teams will join Yoodo Gank to compete in the PUBG Mobile Club Open (2019) SEA Fall Split in Bangkok sometime later this year. Let’s just hope that the game has sorted out its various problems by then – and doesn’t crash again like it did on Day 1.

VIP Squad won the grand prize pool of RM40,000, plus one year’s worth of a free mobile plan from Yoodo. Think of how many chicken dinners that money can buy!

Tim loves all sorts of things. Movies, TV shows, video games, comic books, cats and all that good stuff. What doesn't he love, you might ask? Minestrone soup. It is truly awful.
Previous post The PUBG Mobile Malaysia National Championship 2019 kicks off its finals with a bang
Next post Team Vietnam is the global champion of AOV World Cup 2019!