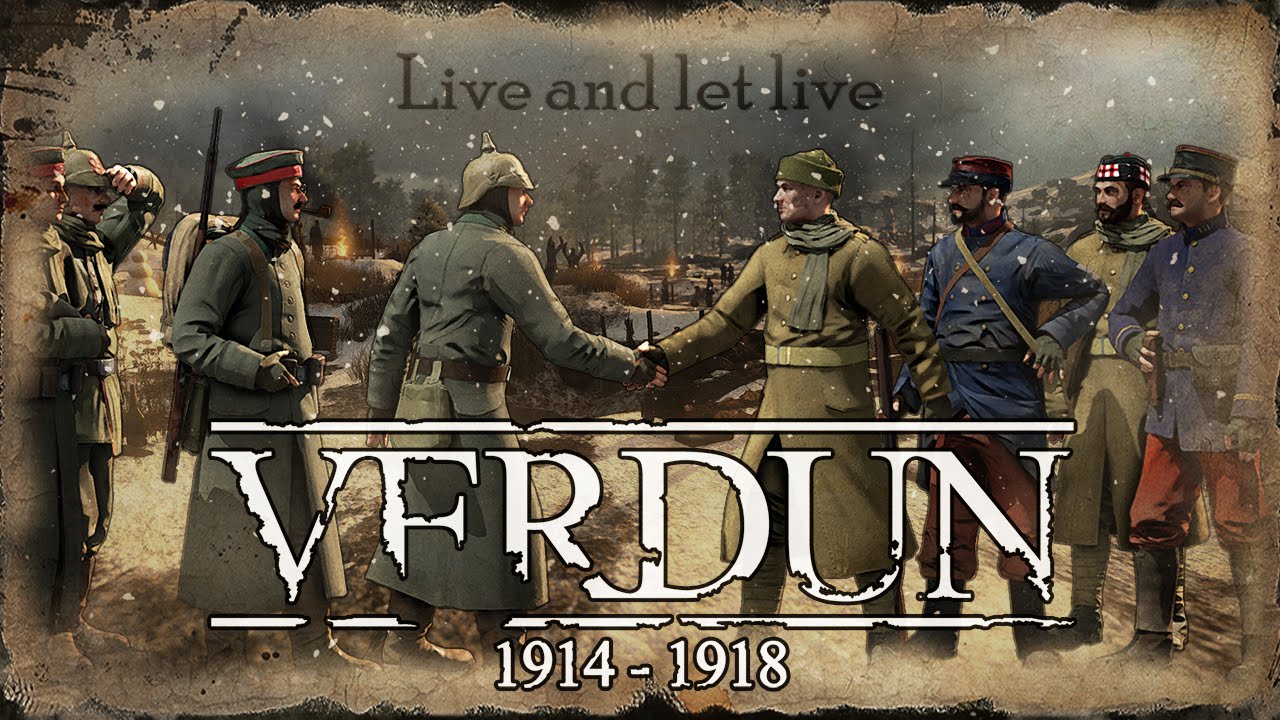 Let’s be frank: wars are never a good thing. As entertaining as they may seem in games, it’s important to remember that the real thing is nasty business.

Oh, shush. That’s why in-game commemorations are a thing, especially in titles based off of historical conflicts.

For instance, there was an in-game ceasefire held in Battlefield 1 several weeks ago to commemorate Armistice Day. It was a heartwarming and inspiring gesture, showing that people could put their differences aside (albeit temporarily) to celebrate something bigger than the individual.

Yet another WW1-inspired FPS, Verdun, has been doing something along the same lines since its release in 2015. They’ve been commemorating the famous Christmas truce of WW1 between British and German troops in 1914. According to the history books, both factions put aside their differences for a day of soccer, gift exchanges, and goodwill on the Western Front.

Anyway, back to Verdun. This year’s commemoration will have the game’s developer M2H plant 2,500 real-life trees under Dutch charity Trees for All, and they’re hoping players will match them tree-for-tree in-game. Players who do so will have their names engraved in the “Tree log” and receive a Christmas 2018 Truce medal. The actual trees are set to be planted in the Netherlands and Uganda sometime next year.

Cool. What else is there?

The event, which starts on December 20, will also bring back special activities. Snowball fights, soccer matches, and Christmas card exchanges are on the menu alongside the aforementioned tree-planting.

When asked for comment, M2H said that this year’s event was done “as a show of solidarity to our planet and to help raise awareness for this cause.”

While I’m not sure if they meant awareness for the commemoration or anti-deforestation cause, it’s probably a good thing either way. If you’re keen to find out more, have a look at the M2H website here.

With that said, happy holidays, everyone!

Kenneth is your dedicated jack of all trades gamer and borderline anime nut. When not writing, he likes to wind down with Overwatch, Apex Legends and a bit of Fate: Grand Order on the side.
Previous post Review: Jetpacks and tornadoes can’t lift Just Cause 4 high enough
Next post LG has two new ultrawide monitors for CES 2019