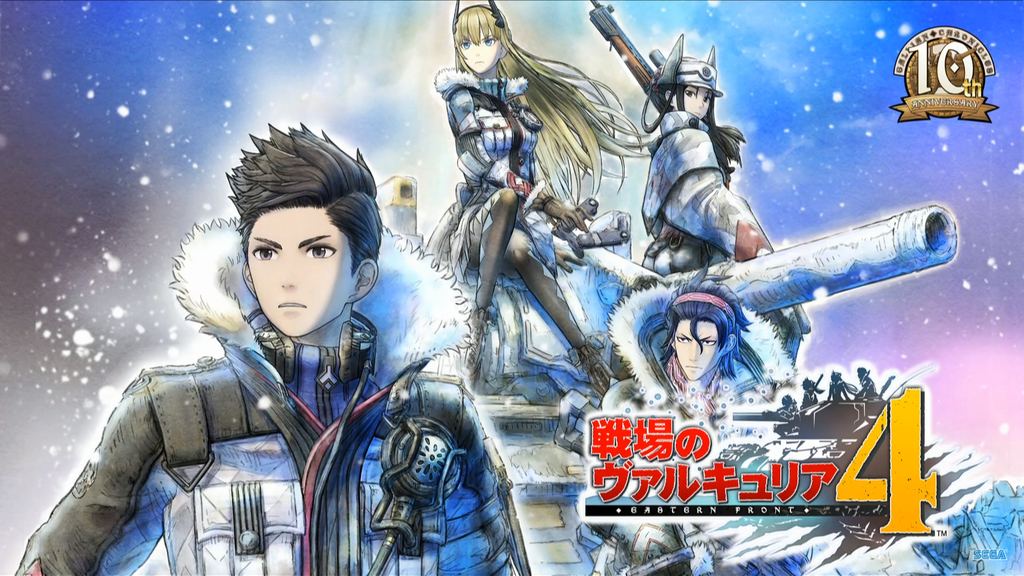 In keeping with the success of the previous Valkyria Chronicles games, developer SEGA seeks to reinforce its advance with the 4th instalment in the series.

A pre-release promotional event was held at TGS 2018, complete with live gameplay and discussions with some of the production staff.

SEGA also gave a brief introduction to the protagonists, Squad E, as well as its headstrong commander, Claude Wallace. Young but passionate, they’re the centerpiece of Operation Northern Cross. Currently, the game is only available for the PlayStation 4 in Japan, but come next week on 25 September, the game will be released globally for PC, Nintendo Switch and Xbox One.

Gameplay-wise, Valkyria Chronicles 4 returns to its roots and incorporates the Blitz system, a fusion of turn-based strategy and real-time action. The experience is made even more realistic by the possibility of artillery interception fire and Last Stands. The class system also enjoys a new addition in the form of the long-range mortar-firing Grenadier, bringing the total number to six. Although meant to be much grittier and realistic than its predecessors, Valkyria Chronicles 4 still intends to create an immersive experience for its players through the young Squad E’s inspiring tale.

Looks like we’ve got a war on our hands next Tuesday.

Valkyria Chronicles 4 advances into stores worldwide for the PlayStation 4, Xbox One, PC and Nintendo Switch on September 25th 2018.

Kenneth is your dedicated jack of all trades gamer and borderline anime nut. When not writing, he likes to wind down with Overwatch, Apex Legends and a bit of Fate: Grand Order on the side.
Previous post TGS 2018: SEGA and the Yakuza Team brings us back to Kamurocho with Project Judge
Next post TGS 2018: Ace Combat 7’s PlayStation VR mode is fantastic