TGA2017: Breath of the Wild DLC The Champions’ Ballad is playable right now 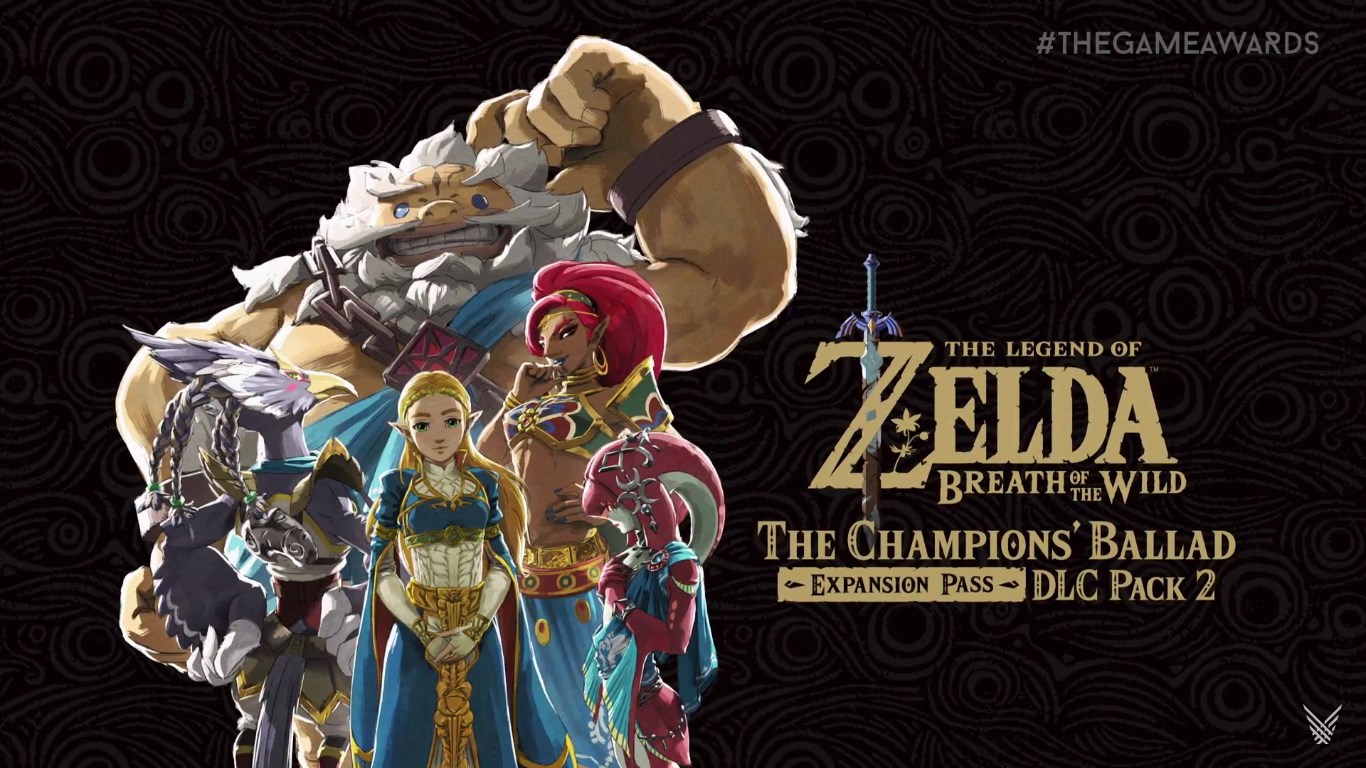 There’s been no greater tour de force this year than The Legend of Zelda: Breath of the Wild, the massive franchise refresh that single-handedly carried the Nintendo Switch launch. At The Game Awards 2017, the ‘Game of the Year’ recipient had a relatively massive showcase for it’s latest DLC, The Champions’ Ballad, something players get to dive into right now. And why wouldn’t you want to? Link has a bad-ass motorcycle.

The Champions’ Ballad focuses on the four Champions we’ve already saved, providing greater backstories that shed light on their past, Princess Zelda, and to Link’s impossibly long slumber. Importantly, we also get to see that all but Link have a Divine Beast, which is something the DLC aims to address. Yes, the bike, the Master Cycle Zero.

The Legend of #Zelda: Breath of the Wild – The Champions’ Ballad DLC Pack 2 is available now! Learn more about Princess Zelda and The Champions with Kass the Bard, complete a new dungeon, discover unique new armors, and more! pic.twitter.com/eoF9a1qbmg

Mario Kart 8 players may remember Link already owning a bike called the Master Cycle, so the “Zero” suffix here might point to a predecessor. Not that it looks worse, mind you, and the notion of cruising around the open expanses of Hyrule on a metal steed certainly sounds great.

There are plenty of other additions too: the One-Hit Obliterator weapon, new shrines, and treasure chests bearing new armor. And while you work your way towards unlocking the Master Cycle Zero, you can dress up horses with a new bridle and saddle. It won’t be just for looks either, as the Ancient Saddle lets you hail a horse from further away, while the Bridle increases the number of spurs.

For a company that has shied away from flashy stage presences — Nintendo hasn’t hosted an E3 press conference since 2013 — the trailer was preceded by a brief yet fun segment where director Eiji Aonuma dressed up as Link to draw and pose with a sword, before the camera smoothly segued into the trailer.

Catch it all here:

The Champions’ Ballad is available via an expansion pass that bundles it together with the previously released DLC, The Master Trials.

Tags: Breath of the Wild, DLC, Nintendo Switch, the champions' ballad, the game awards 2017, The Legend of Zelda

Ade thinks there's nothing quite like a good game and a snug headcrab. He grew up with HIDEO KOJIMA's Metal Gear Solid, lives for RPGs, and is waiting for light guns to make their comeback.
Previous post Catch the ROG Masters 2017 Grand Finals this weekend
Next post TGA2017: Bayonetta 1, 2, and 3 heading to the Nintendo Switch