Steam’s Summer Sale takes off, has a new browser game 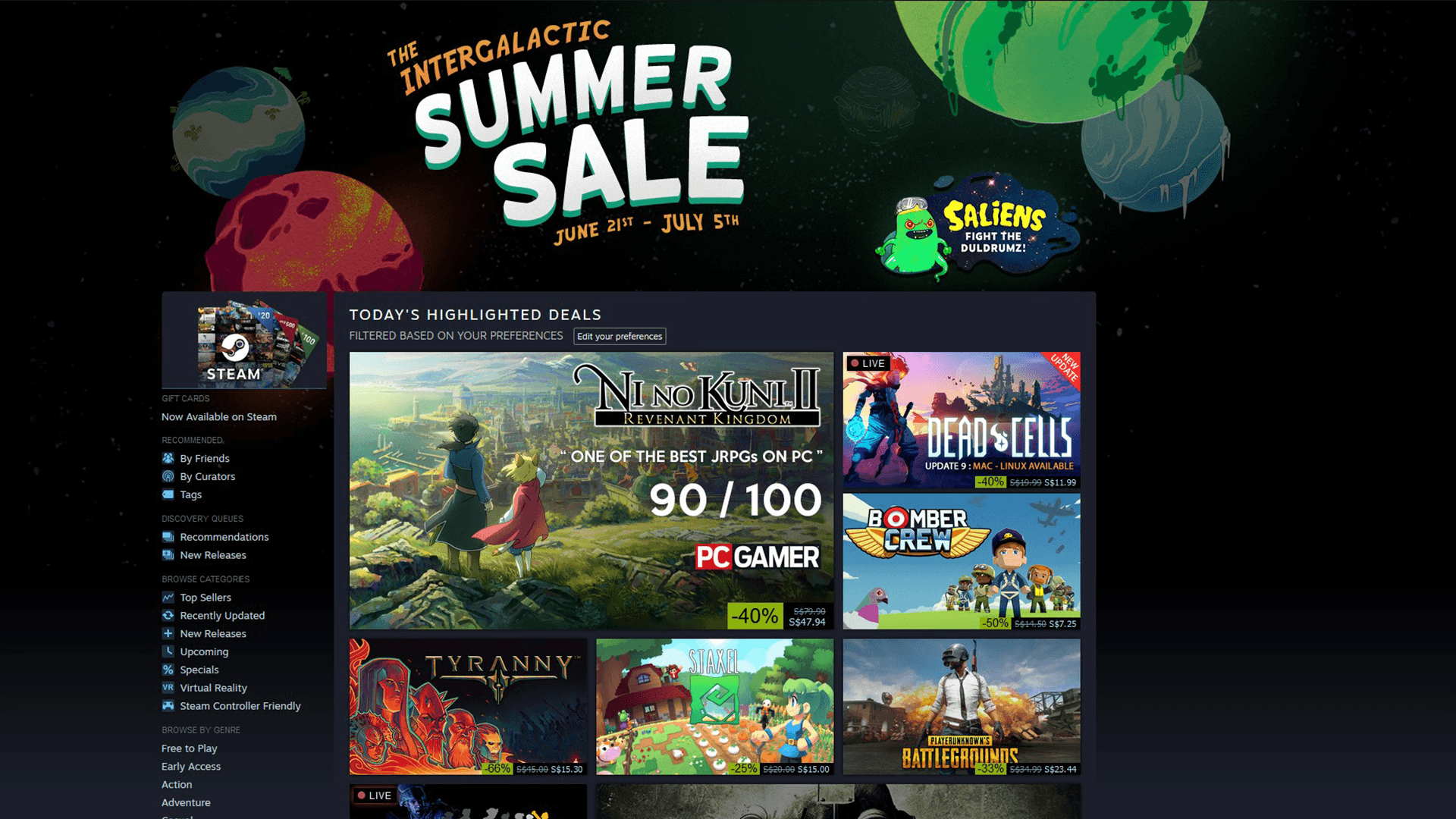 The season’s migratory period has arrived, as droves of PC gamer money cloud the internet on their one-way trip to Valve HQ. In other words, Steam’s Summer Sale is here, where somewhere among the giant heap of discounted games are titles bound to catch your attention. If you’re lucky, they might be on attractively deep discounts. If your star is one the rise, you might even get around to playing these newly purchased games some day.

Where Steam sales are concerned, flash deals and rotating dailies are now relics of the past. Facing this many games can get overwhelming, so try logging in for a start – that way you’ll get some recommendations that are (hopefully) catered to your tastes, as well as access to your wishlist if you’ve been using it. Beyond that, try checking SteamDB’s sales tracker for leads on good deals, as the default filters include discount amounts and user ratings.

It’s the same old sale routine, with a new set of exclusive Steam Trading Cards for those that collect and craft – sell them on the Steam marketplace if you’re not interested.

However, Valve have also brought back a little something: a browser game! It’s pretty involved with a whole backstory, character customization, multiplayer territorial control, active abilities, and enough clicking to risk carpal tunnel syndrome. The reward’s fairly substantial, as Valve are giving away sets of pre-selected games. Here are some screenshots if you can’t login to see what’s it all about:

Don’t want to spend? Hop over to Humble Bundle for a free copy of Shadowrun Returns Deluxe, available for a limited time only.

Ade thinks there's nothing quite like a good game and a snug headcrab. He grew up with HIDEO KOJIMA's Metal Gear Solid, lives for RPGs, and is waiting for light guns to make their comeback.
Previous post Cyberpunk 2077’s E3 demo was running on an i7-8700K and GTX 1080Ti
Next post Review – Little Witch Academia: Chamber of Time does justice to the source material