StarHub TV Anywhere Service coming to Xbox One At Launch 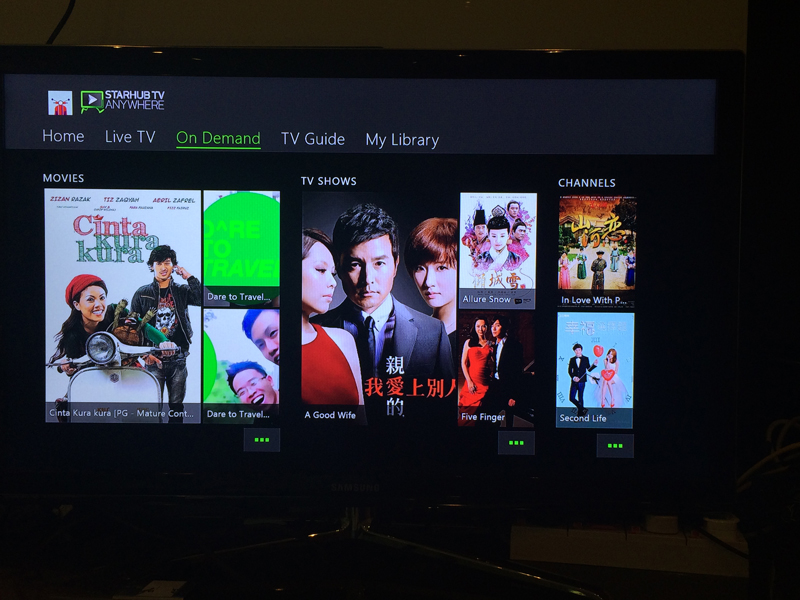 Now this was actually a long time coming. Back in the early Xbox 360 days, it was an open secret that Microsoft has tried hard to lure either StarHub or SingTel (if not both) to use the console to deliver paid TV content. But for whatever reasons (probably pricing, content delivery method, etc…), such a content partnership never materialised.

Then at today’s Xbox One media preview event, Microsoft and StarHub threw us a surprise with this strategic partnership announcement:

…StarHub users will now be able to access an exciting library of content from the StarHub TV Anywhere app which will be available for free download on Xbox One. Boasting a signature Windows tiled layout unique to Xbox One, the app offers easy navigation through StarHub TV Anywhere’s line-up of 89 channels including one FreeView Channel, SuperSports Arena. SuperSports Arena will be made available to non-customers as long as they have registered for a Hub ID. My guess is that both next-but-now-current-gen consoles, being app-friendly and more socially connected with content than ever before, certainly a key difference. One also can’t help but believe that with other premium streaming services such as Netflix, Hulu and Amazon influencing the ever growing exodus of digitally affluent viewers away from traditional cable/satellite TV subscribers in the living room, StarHub is providing another avenue here for these audience to consider  (on subscription fee pricing, well, let’s leave that story for another day).

Would this makes Xbox One a more compelling buy come 23rd September? Probably not much more than it already is. But it does makes for a more interesting battle between it and the PlayStation 4 now, and by proxy, between SingTel and StarHub too. Think about it…a StarHub Cable TV / Xbox One bundle wouldn’t be a farfetched idea now. Aaron Yip is an industry veteran with more than 15 years of experience. When not spending time on his gaming PC and consoles, he can be found in Hyrule solving ungodly puzzles and collecting gems.
Previous post It's New: Nintendo has announced a new 3DS Portable
Next post Sony’s Pre-TGS 2014 Conference Highlights