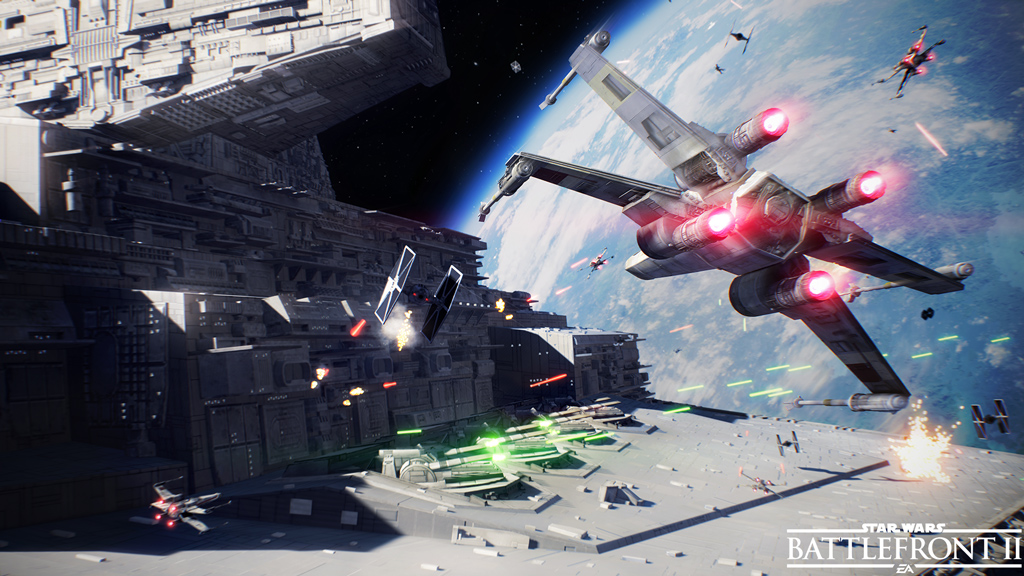 At the Star Wars Celebration, Electronic Arts and LucasFilm announced that Star Wars Battlefront II will release on November 17, 2017 worldwide.

Developed by the studios DICE, Motive and Criterion, each handling different components of the game, Battlefront II will allow players to experience the untold story of an Imperial elite special forces soldier in an all-new single player campaign, pilot a First Order TIE fighter through intense dogfights in space, and play as ground troopers or iconic heroes and villains such as Yoda and Darth Maul in epic multiplayer battles across all three Star Wars eras.

“In Star Wars Battlefront II, we all wanted to really capture the essence of being heroic and how in Star Wars, anyone can become a hero,” says Matt Webster, Executive Producer at Criterion. “Whether that’s playing as an iconic character like Rey or Luke, as a front-line trooper or fighter pilot in epic multiplayer battles, or playing through a new Star Wars story that bridges the gap between Star Wars: Return of the Jedi and Star Wars: The Force Awakens, you will become a hero in Star Wars Battlefront II.”

Iden Versio is the new protagonist of the single player campaign. Will she appear in the upcoming Star Wars: The Last Jedi movie?

The Star Wars Battlefront II single player campaign will be handled by Motive, and takes place in the 30 years between the destruction of the Death Star II and through the rise of the First Order, the single player story introduces Iden Versio, the leader of Inferno Squad, an elite special forces unit of the Galactic Empire. In addition to Iden, players will also encounter and play as other iconic Star Wars heroes and villains like Luke Skywalker and Kylo Ren during the campaign. Motive will also be creating new characters with LucasFilm for the game.

In addition to the new single player campaign, the team at DICE have have promised multiplayer modes that support up to 40 players (for PC platform), and will include a much wider range of iconic locations than the game’s predecessor. This time, the game will span locations from all three eras: prequel, classic and new trilogy, including new in-game locations such as Yavin 4’s jungle canopies, the spaceport town of Mos Eisley, and Starkiller Base. Players can choose from an array of land and air vehicles, with customizable character progression across heroes, villains, troopers and starfighters.

Space combat in asteroid fields and imperial docks will be a huge highlight of the game too! As one of the most requested fan modes, Battlefront II promises to have ‘galactic-scale’ space combat. Criterion, with a deep history of creating some of gaming’s fastest and intuitive vehicles (remember their excellent Burnout series?), has built space combat from the ground up. There will be weapons and customization options for some of Star Wars most iconic ships including the X-wing, Tie Fighter and of course the Millennium Falcon.

Players that order the Star Wars Battlefront II: Elite Trooper Deluxe Edition will not only have access to all the Star Wars: The Last Jedi inspired pre-order content mentioned above, but will also get the Elite Trooper class. If you are a big fan of the multiplayer mode, don’t miss this one out as the trooper class will receive upgrades, firepower, weapon modifications and combat abilities that give you an unfair advantage in the game. Deluxe Edition owners will also get a head start on the battlefront, being able to jump into the game up to three days early. 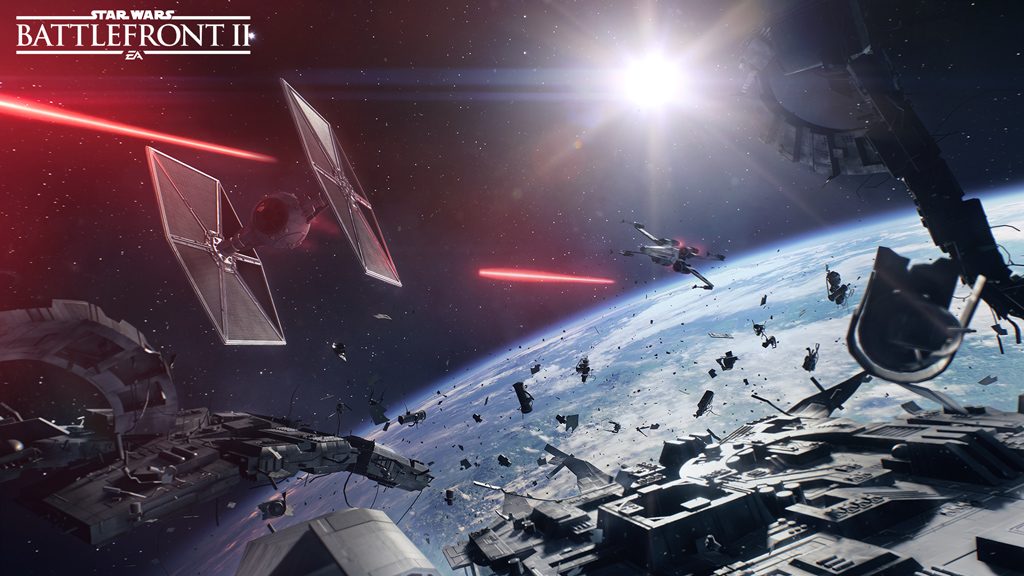 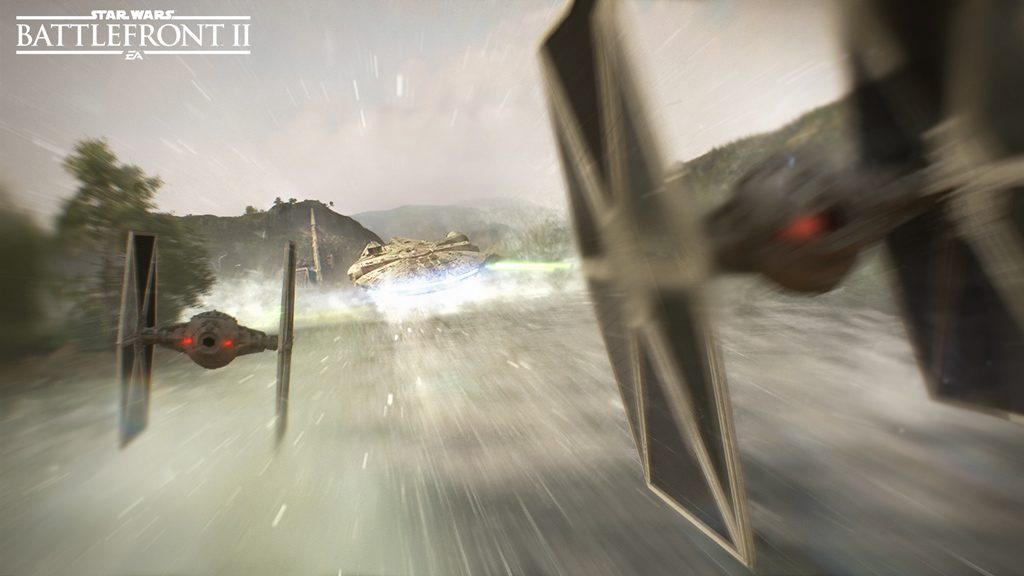 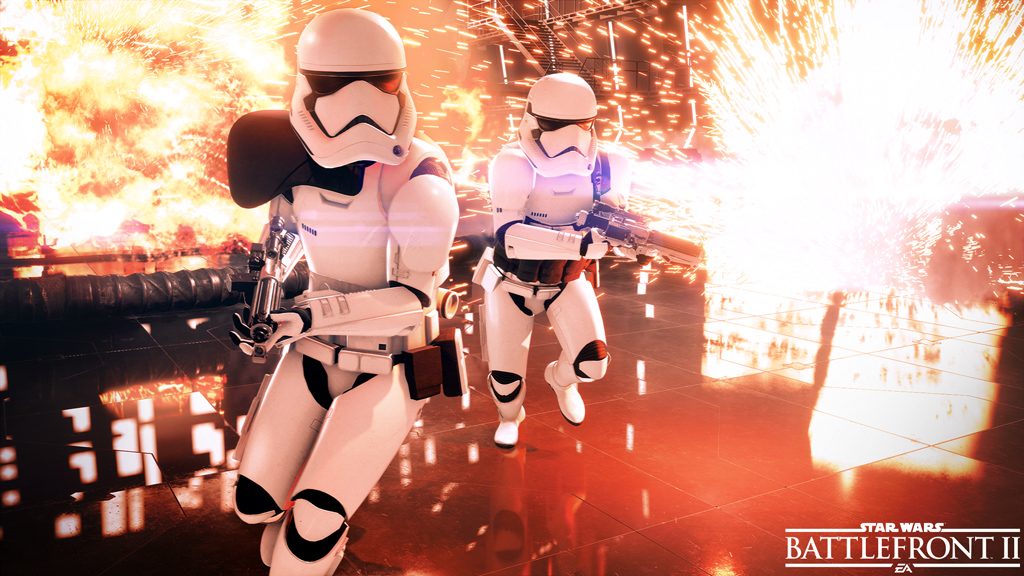 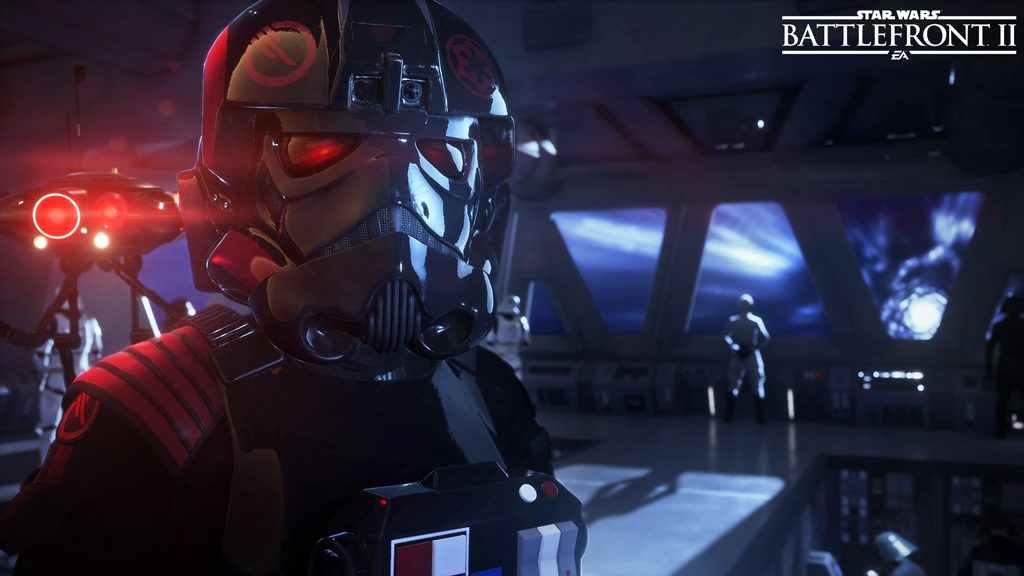 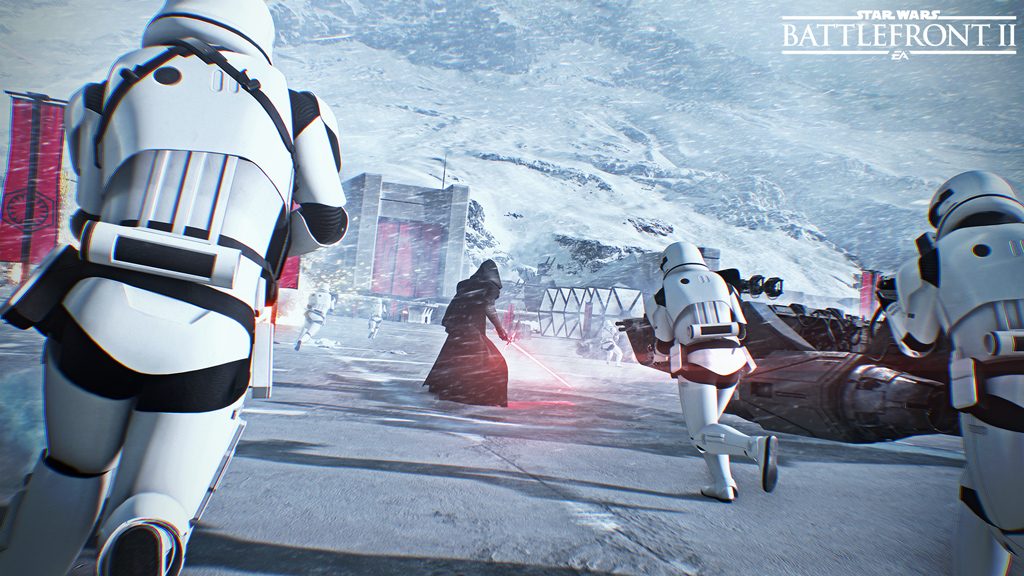 Aaron Yip is an industry veteran with more than 15 years of experience. When not spending time on his gaming PC and consoles, he can be found in Hyrule solving ungodly puzzles and collecting gems.
Previous post ASUS ROG and Xbox team up for a ‘Game On Everywhere’ bundle
Next post Transcend announces new M.2 SSDs with 2,500 MB/s read speeds