Review – Netflix’s Death Note could be a lot better 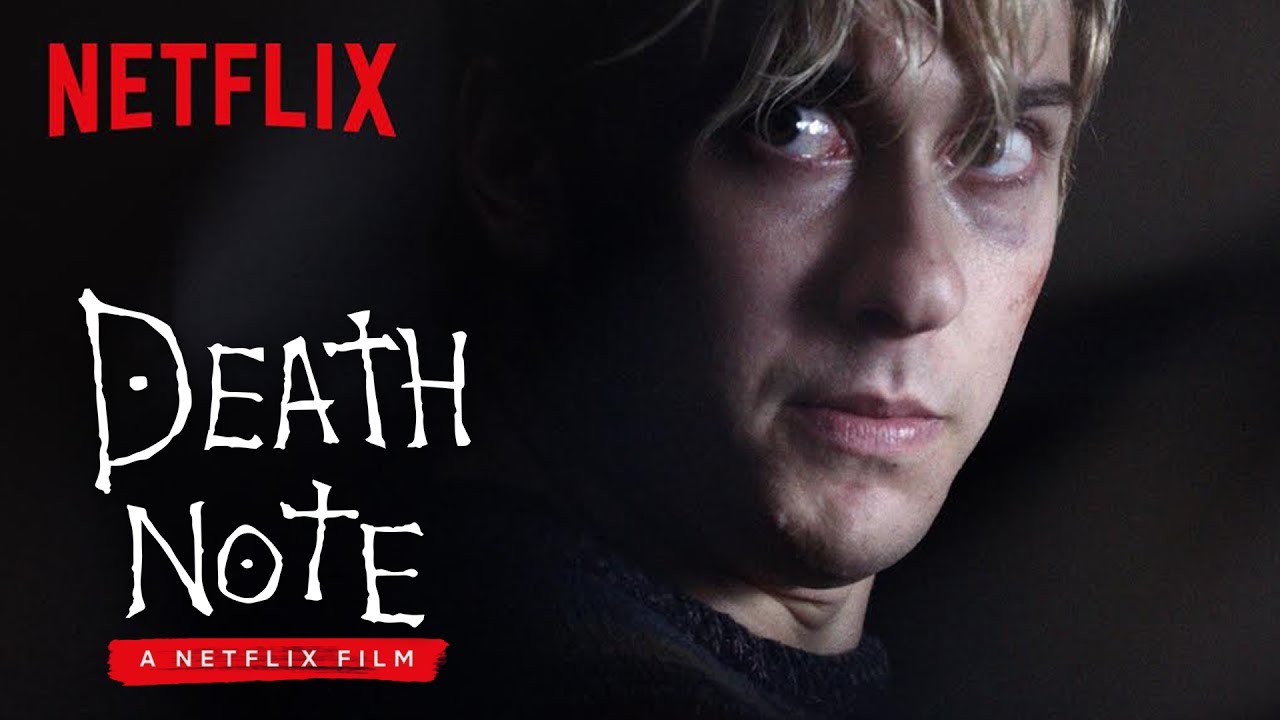 Death Note, first introduced in 2003, is a big household name in the manga world, and its cultural impact is not unlike other mainstays such as Naruto or Fullmetal Alchemist. So, it was no surprise then, when it was first adapted into an anime series and then as a live-action movie in Japan (Ed’s Note: which was excellent, by the way). Now, the much-hyped Western adaptation has arrived on Netflix, helmed by Director Adam Wingard, already well-known for his work with the Blair Witch movies.

Understandably, condensing any manga series into a film is a daunting task. Not that it is impossible of course. Director Shusuke Kaneko did a great Death Note movie adaptation in Japan, and Keishi Ohtomo’s Rurouni Kenshin trilogy remained true to the manga’s soul.

In this western adaptation however, Wingard chose not to incorporate some of the more complex elements in the original plot of the anime– such as a second Death God, as well as the full characters’ trajectories.

However, the movie does stick to the original premise of the manga. In Death Note, the titular book one day falls at the feet of a high school social outcast known as Light Turner (Nat Wolff). After examining the book for barely a few seconds, we are introduced to the Shinigami, or “Death God” called Ryuk (played by the charismatic William Dafoe), an enigmatic visage who, resembling the devil in your head, is able to convince you to do evil things.

In this case, Ryuk urges Light to write down the names of people he wants to see dead, as well as the method of death. After witnessing the full power of the book, Light decides that it is up to him to serve justice to those he judges as immoral, by killing them with the Death Note.

Light also shows off his new-found power to his crush, Mia (Margaret Qualley) a cheerleader he always observed from afar, by killing a man holding his wife hostage on live television. But instead of running for the hills (as any sensible person would), she starts showing an interest in him and decides to help Light in his mission.

As the body count grows, the world is in equal parts of awe and dismay at the baffling methods of death. Eventually, a private detective known as “L” surfaces and promises to take down Light.

Played by Lakeith Stanfield, L has several strange tics and habits, including squatting on a chair and consuming his body weight in sweets. He is portrayed as an ingenious man of mystery, and his backstory is one I find hard to believe; he was trained from young to be one of the best detectives in the world, and even his ward, Watari has no idea what his real name is.

The rest of the story, however, is a typical cat-and-mouse game played by Light and L, with a supernatural angle (the Death Note) thrown in. The material is seemingly random, with the Death Note bringing up relevant rules when it’s convenient. I also find the lack of a backstory for Mia disturbing.

There’s no explanation of where her motivation to cleanse the world of evildoers comes from, even as her actions become more extreme and she spirals toward an increasingly twisted sense of justice.

However, Qualley’s Mia is a huge step up from the anime’s female lead. Mia’s character is one with enough impetus to push the plot forward and cement herself as the movie’s driving personality. Qualley was also able to capture the crazy and unhinged aspect of the character well, which made her fun to watch onscreen.

But what really confounded me was that the act of playing god for Light and Mia was more or less relegated to the first part of the film, mostly fast forwarded in a series of flashbacks; when one would think it was the most interesting aspect of the story. Instead, the film focused on the chase between L and Light, while the moral grey area that Light exists in was hardly touched upon, unlike in the original manga series – or even the Japanese live action.

Fortunately, what surprised me was how much I liked Willem Dafoe playing as the voice of Ryuk. From his CGI demonic appearance to his maniacal ramblings, Ryuk is a sight to behold and complements the film well, while staying faithful to the manga character’s aesthetic. Stanfield played a mostly picture-perfect L, albeit a little over the top with his mannerisms. Even side characters such as James Turner, Light’s father (Shea Whigham), ensured that their characters continue to catch our attention even if the narrative is inconsistent. And most importantly, Wolff was a perfect representation of a naïve young adult who makes rash decisions without thinking about repercussions, and eventually learns to regret his decisions.

The film also isn’t what many Death Note fans will imagine it to be. For better or worse, this Death Note’s is really a re-imagination of the manga, and not to be perceived as a faithful adaptation of the source. What really let me down, though, was the abrupt ending (a hint at a sequel, perhaps?), as well as the poor original sound track. I get the feeling that many Death Note fans will watch and misunderstood the show as an adaptation and feel let down.

But as a movie on its own however, Netflix’s Death Note still made for a fun ride with a somewhat original plot. I have no doubt that a more consistent and well-thought out script could have greatly improved the film, but since the movie leaves the door open for a potential sequel, it’s quite unlikely this will be the last we see of this Death Note’s reimagination.

I was told not to spend so much time on games, so I balanced out my time watching Netflix too.
Previous post Review – Patapon Remastered (PS4)
Next post StarCraft: Remastered is now live and will support 4K UHD