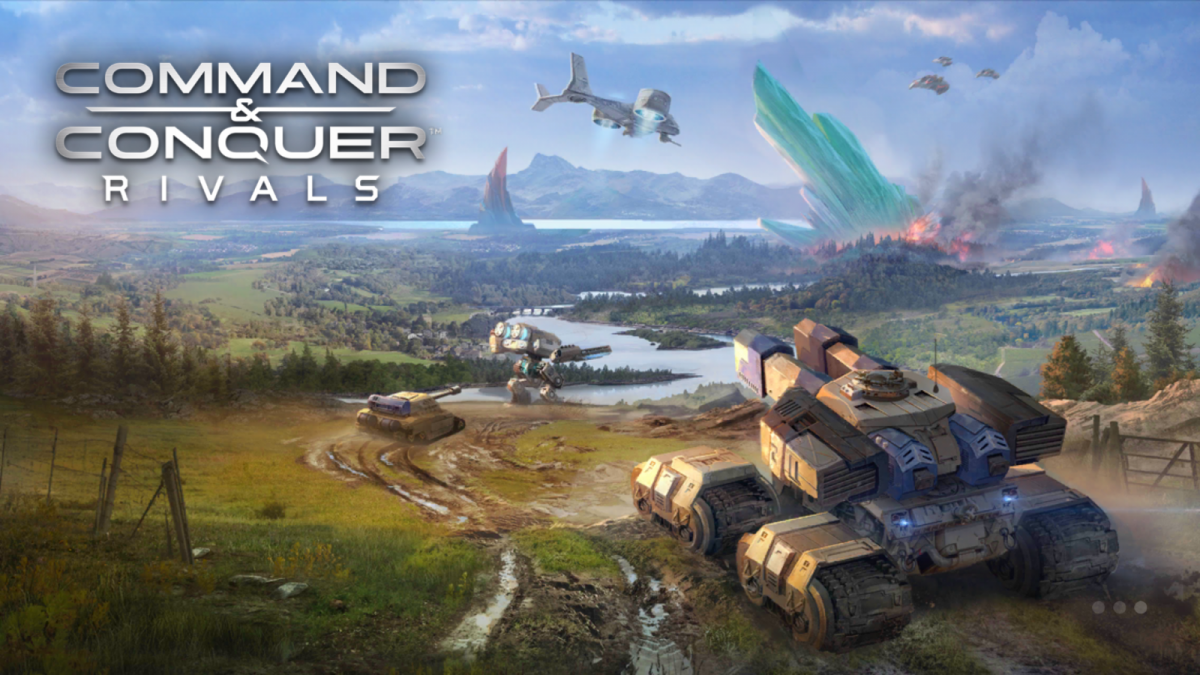 C&C: Rivals is a mobile RTS game and a free-to-play one at that. We all know that means the game will probably frustrate you in some way, so you would fork out a dime or two to make it more bearable or enjoyable. That’s not the case for all mobile games, of course, but C&C: Rivals does lean heavily towards the pay-to-win category.

Aesthetically, the game adopts a blend between semi-realistic art and cartoony 3D models.  The artwork is generally well-done and does capture some of the earlier look and feel of C&C 3: Tiberium Wars. The GDI (Global Defense Initiative) forces get the shorter end of the straw, literally, with most of their unit artwork looking rather squat and less imposing than I would personally like. 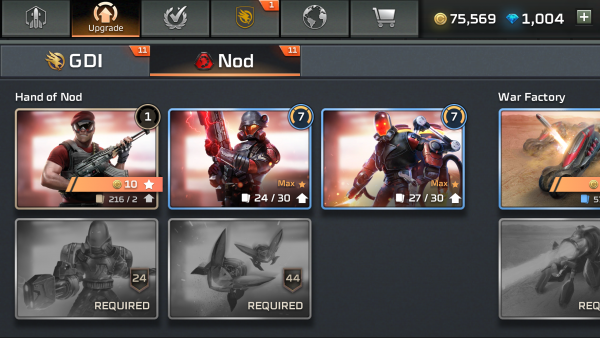 The models worked much better in Rivals than it did for Tiberium Twilight, where having a more stylised approach made more sense on a mobile device. However, the sense of scale is slightly off, mainly due to the need to have each unit fit a single hex tile as they traverse the battlefield. 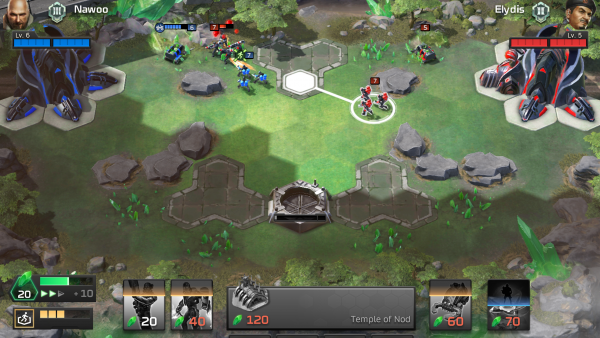 The game is spent primarily between two modes. The menu where you upgrade, join guilds, and spend currencies; and the battlefield where you deploy units to either attack your opponent’s base or capture points to fire nuclear missiles at it.

The battlefield basics are easy to understand. As mentioned, the players can directly attack the other player’s base or capture the various 3-hex points to claim a nuclear silo. It’ll fire off a nuke the moment you finish capturing it, but you will need two missiles to finish off your opponent. 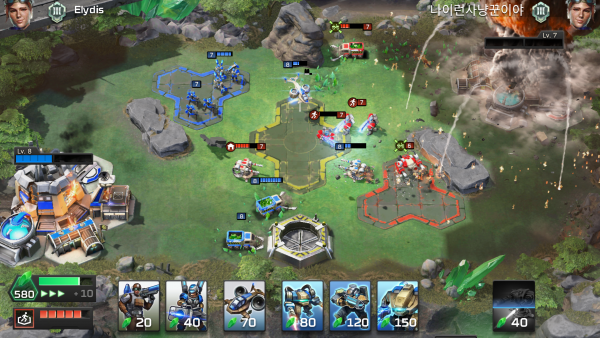 The main resource, Tiberium, is generated passively but can be sped up by building harvesters. Killing an opponent’s harvester will immediately reward you with 100 Tiberium.

You’ll use it to purchase units, though there is a cooldown timer between each purchase. This timer increases the more units you control, doubling as a comeback mechanic against players who have larger forces as well as a throttle against mass spam tactics.

The units themselves come in as infantry, vehicles, or aircraft, with each being effective against a particular type. For example, the staple GDI Missile Squad is great against vehicles and aircraft but are countered by anything anti-infantry. More advanced units will also have passive abilities, like hitting multiple targets or damaging anything in a line. This makes positioning important to better capitalize on their abilities. 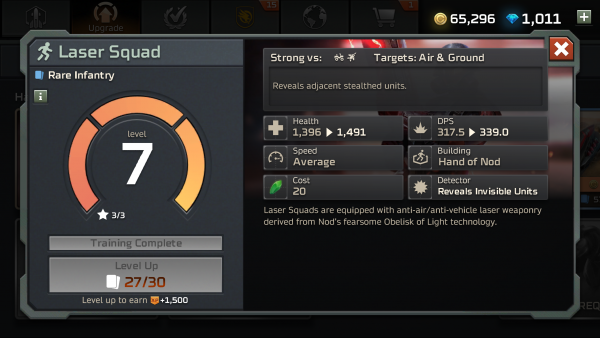 All these blend into a surprisingly layered tactical game. You might want to forfeit making a harvester as an opener so you can overwhelm your opponent quickly, or play a slower and more defensive game as you ramp up for the more expensive units. Personally, I always open up with a harvester and a barracks into missile squads. This allows me to attack and possibly kill the enemy harvester early in the match, as well as to counter any vehicle rushes.

Of course, all this is determined by the strategic layer. From the main menu, you have to decide the six cards you bring into the fight. These cards represent your units and can be acquired by leveling up, opening timed crates, increasing your rankings, completing dailies, or spending real money on crates. 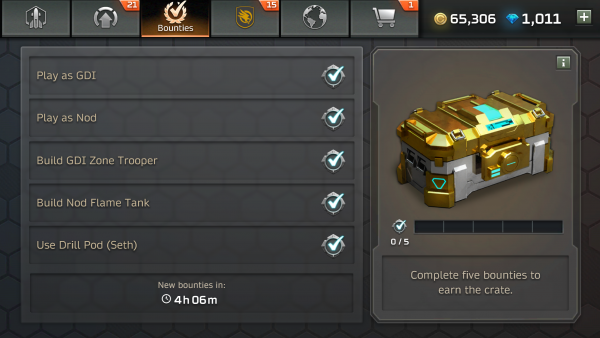 You can’t acquire new units through crates, however. Those are unlocked by leveling up, with the unit then added into your crates’ card pool. That is to say, you might have unlocked a new unit but might never get a chance to use it because RNG. This was, unfortunately, what happened to me — I’ve yet to receive a single Nod Confessor card. 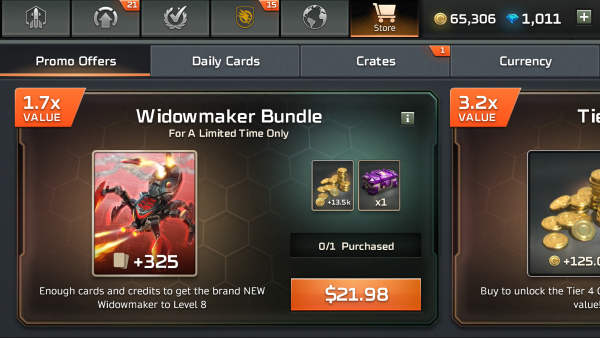 Obtaining copies of the same card is not entirely a bad thing as they can be used to level up your existing cards, like most free-to-play hero collecting games. You need to upgrade the card by spending gold before it is eligible to increase in level, which is where the game truly becomes pay-to-win.

While you can earn small amounts of gold by playing the game, that cash flow ceases after some time. The other way to obtain gold is by opening crates, though the rarity of the crate determines just how much. 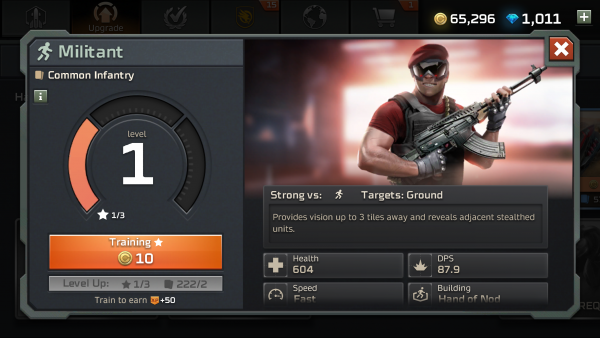 This is compounded by the fact that levels are essential for a unit to be effective. As much as this game rewards skill and tactics, it can quickly become overwhelming for players with low level units. When it takes two level 7 GDI Rifleman to kill one level 8 GDI Riflemen, the game is no longer fair.

Command & Conquer: Rivals does try to mitigate this with by giving players double the medals for winning. This is not enough, though, as even a one level difference can lead to a resource advantage.

We never asked for this

Command & Conquer: Rivals is a fun game that I do enjoy quite a bit. Each match takes around five minutes at most, and these quick and intense battles are addictive enough to keep me coming back for more. “Just one more match” and, before I know it, an hour has passed.

Unfortunately, it becomes increasingly frustrating to progress once you are in the higher ranks. Most players would have units of higher levels and trying to upgrade can become prohibitive. Skill is very much important in this game, but it is unavoidable that having better units will reduce the skill require to win. 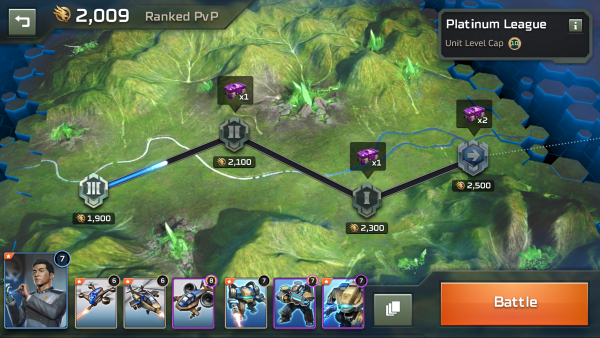