Razer Phone 2 gets wireless charging, new cameras, and more; priced at US$799 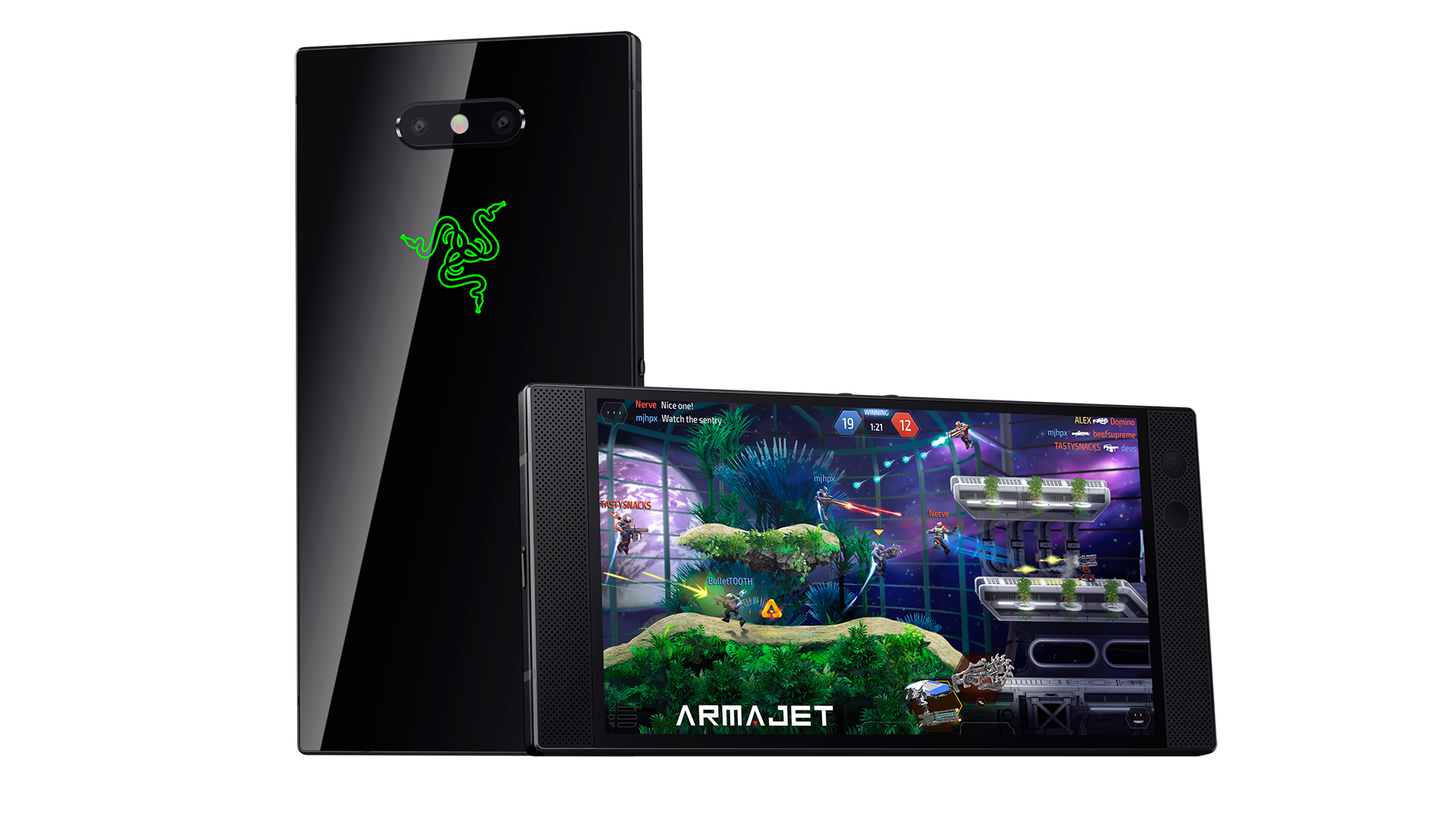 After much teasing the Razer Phone 2 has finally been unveiled. Livestreamed from the company’s Hollywood headquarters earlier today, the gaming smartphone will be joined by the new Raiju Mobile controller and Hammerhead USB-C ANC headset to form a complete package for gamers on the move.

The Razer Phone 2 is an Android 8.1 handset powered by Qualcomm’s 845 Snapdragon chipset and Adreno 630 graphics — a premium combo seen in other top-end models such as the OnePlus 6 and Samsung Galaxy Note 9 (US). They’re promising a performance upgrade of up to 30 percent compared to its predecessor, part of which stems from a “vapor chamber cooling system” that provides more surface area for heat dissipation.

To retain its gaming throne, it keeps the 5.7-inch UltraMotion IGZO LCD display (1440 x 2560) that supports both 120Hz screen refresh and touch sampling, although they did increase brightness by 50 percent. You’ll also find dual front-facing speakers — placed along the top and bottom bezels — which are now supposedly louder and clearer thanks to better hardware and Dolby Atmos support.

Apparently that audio-video combination is enough to earn Netflix’s approval, making the Razer Phone 2 certified for both HDR video and Dolby Surround 5.1 content.

Razer have given the imaging department a once-over as well. They’ve installed a new rear dual-camera setup — a 12MP wide-angle with optical image stabilization and a 12MP 2X telephoto lens —  plus a front 8MP camera capable of full HD video. Processing it all are Sony IMX sensors to tackle both fast action and low-light. Battery-wise we’re looking at a 4,000 mAH capacity, rated to last for 10 hours with a screen refresh rate set to 120Hz. Other hardware notables include a glass back to allow wireless charging, a USB-C port with QuickCharge 4+, and a Razer Chroma-powered logo — yes, RGB lighting for your phone. They’ve also bumped up its water resistance to an IP67 rating, letting it survive underwater for up to 30 minutes.

Game optimizations so far include PUBG Mobile, Marvel Future Fight, RuneScape, and others. Complementing those is the new Razer Cortex app, which not only organizes and recommends 120Hz optimized games but also provides game-specific presets and manual tweaks (edit: for Razer Phone users).

Interestingly, Razer says that Cortex will “work with a variety of phones”, something you can test for yourself on the Google Play Store right now.

The Razer Phone 2 has a recommended retail price of US$799 (approx. S$1,105) in USA, Europe, and Asia-Pacific territories, firmly planting it within flagship territory. If all that has you excited then pre-orders begin on 11 Oct at 3:01PM (SGT) over at the Razer web store.

Ade thinks there's nothing quite like a good game and a snug headcrab. He grew up with HIDEO KOJIMA's Metal Gear Solid, lives for RPGs, and is waiting for light guns to make their comeback.
Previous post Borderlands 2 VR: Shoot-and-loot just got a whole lot cooler
Next post Razer also has a Bluetooth gamepad and USB-C in-ear headset for mobile phones