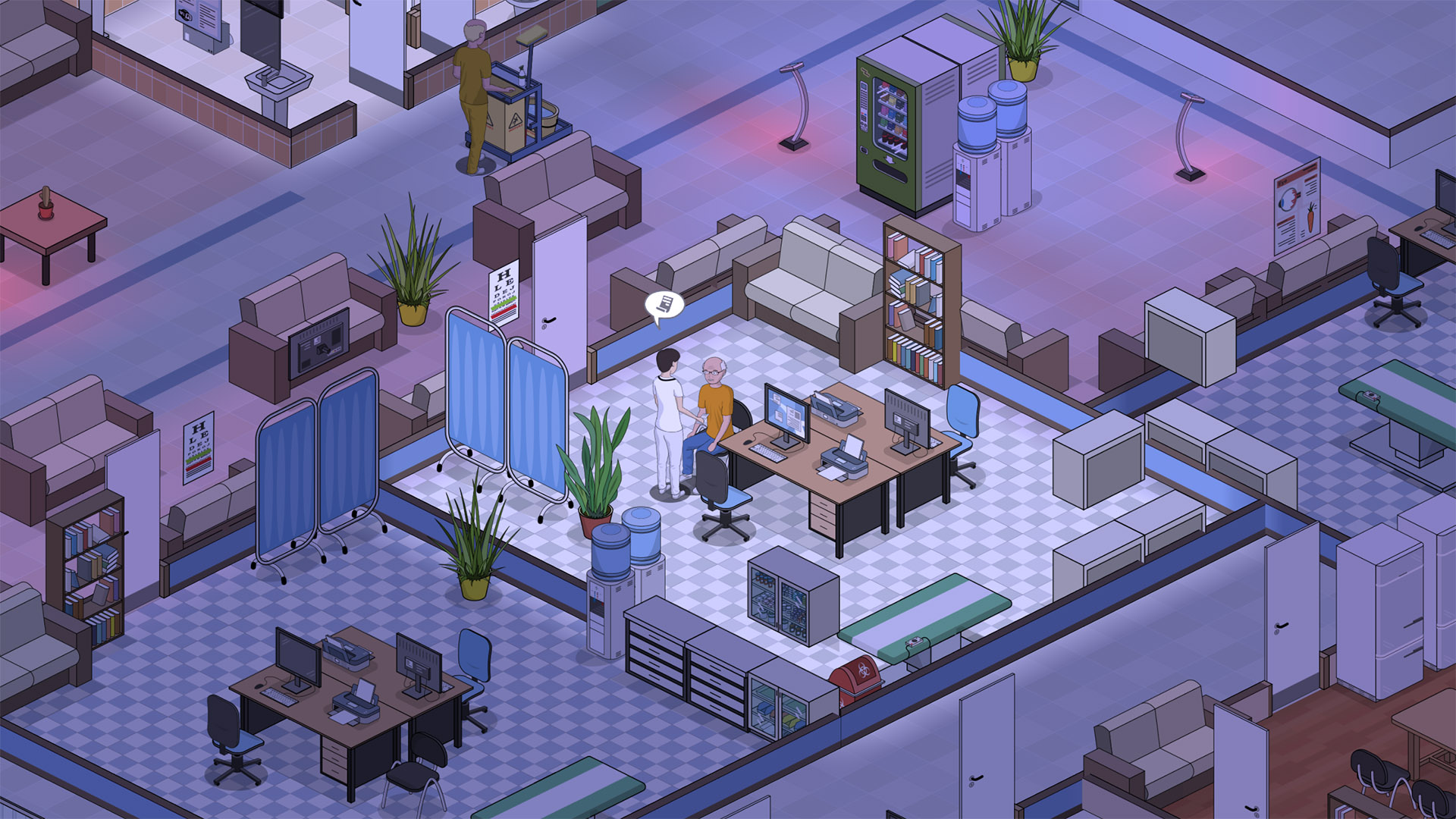 As more titles drop off the release calendars and into potential obscurity, it falls to reboots and spiritual successors to keep these aging properties alive. Indie studio Oxymoron Games have charged themselves with the latter by announcing Project Hospital, a PC game that’s sure to leave Theme Hospital fans with an uncomfortably large smile.

For those yet to play the it, Bullfrog Productions’ Theme Hospital (1997) is a simulation game that’s quite unlike its peers. Players essentially build, run, and maintain a series of privately-owned hospitals using whatever budget and physical space is available that level, treating (thankfully) fictional ailments such as Chronic Nosehair, Slack Tongue, or Bloaty Head. It was equal parts puzzle-solving, head-scratching, and morbid hilarity, closer in tone to the silly antics of The Sims than, say, Sim City. Bullfrog sadly shuttered but their legacy lives on today thanks to EA Origin and GOG.com. One glance at Project Hospital is all it takes to recognize where Oxymoron drew their inspiration from. While they’ve retained the construction and management aspects, they’ve understandably stayed away from the Sweaty Palms and Invisibility that popularized their muse. Instead, they’ve decided to be educational about it by featuring real-world diseases and injuries, along with their diagnoses and cures –  if Sid Meier’s Civilization could spark a love for geography and history, then I’m pretty sure this could do the same for medical fields.

Oxymoron are also saying that we can “focus on any of the game aspects” in their press materials:

“Is it the most fun for you to keep your staff and patients happy? Do you aim to cure as many people as possible or solve the most complicated cases? Or do you maybe want to become the best manager and make biggest profit? Our game will let you choose your priorities!”

It doesn’t exactly say how they’re doing this but presumably it involves automation, since the trailer shows a substantial amount of menus and statistics to pore through. All promising stuff though it’s still early days; for now, a vague “2018” is all we get for a release date.

Project Hospital is in development for Windows, Mac, and Linux.

Ade thinks there's nothing quite like a good game and a snug headcrab. He grew up with HIDEO KOJIMA's Metal Gear Solid, lives for RPGs, and is waiting for light guns to make their comeback.
Previous post Review – South Park: The Fractured but Whole (PS4) delivers more of the same
Next post Black Desert Mobile lets you create beautifully detailed characters too