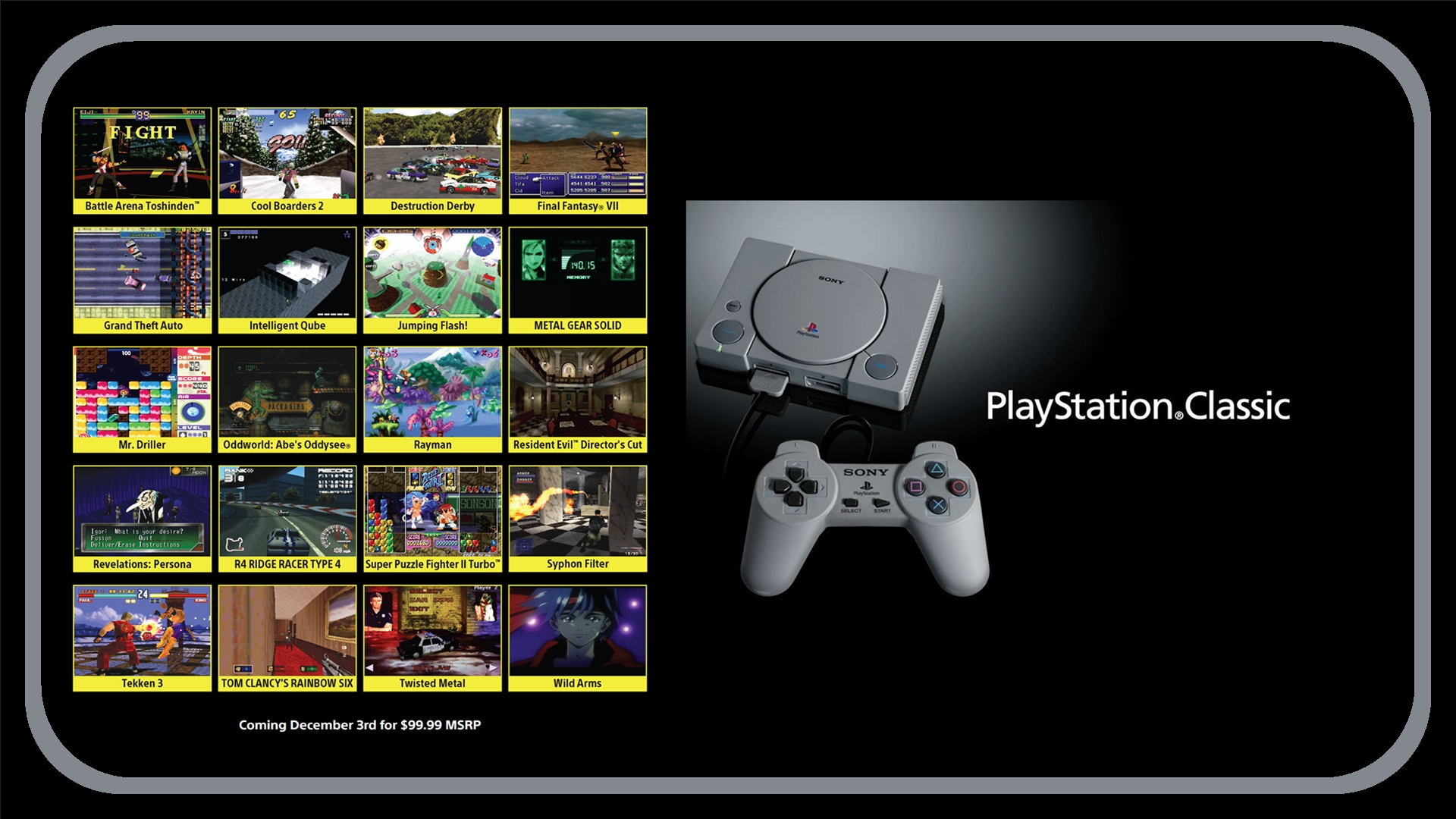 It’s finally here! At long last, the full list of games that will be thrown in with the Playstation Classic has been revealed.

Have a look at the full list of 20 games down below, courtesy of Sony Interactive Entertainment.

For more info, there’s always the official video. Check it out!

The PS Classic package will include two wired controllers as well as a HDMI cable. So, grab your best bud and ride the nostalgia wave together! Surf’s up!

Kenneth is your dedicated jack of all trades gamer and borderline anime nut. When not writing, he likes to wind down with Overwatch, Apex Legends and a bit of Fate: Grand Order on the side.
Previous post The Evil Within 2 just got a bunch of stuff thrown in, including “Akumu” Difficulty.
Next post Adi Shankar may be producing a Legend of Zelda show