Opinion: What’s up with the whole Diablo: Immortal fiasco? 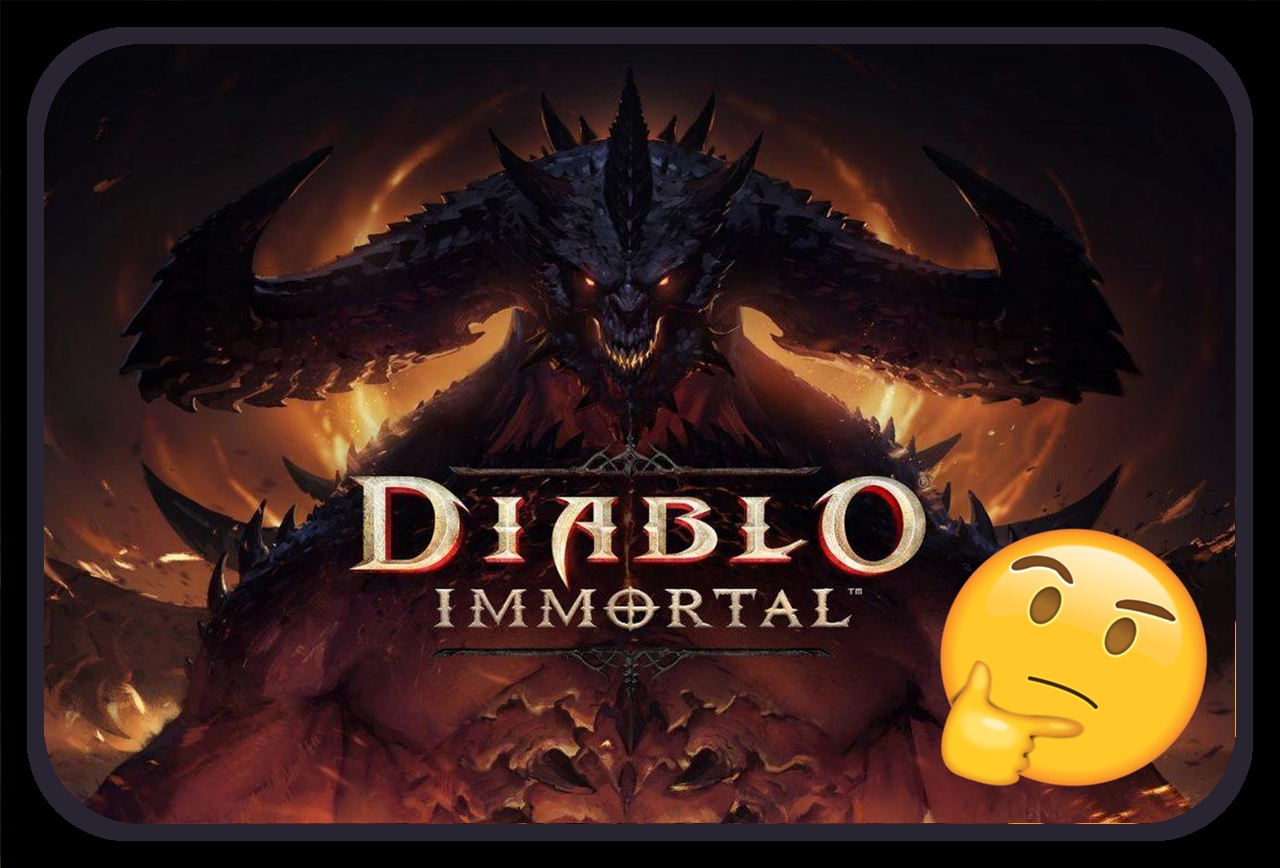 BlizzCon 2018 was largely a success, but this year’s event redefines the old adage of “you win some, you lose some”. The Overwatch, Hearthstone and Warcraft-related presentations were highly successful and delighted thousands of fans. Excellent cinematics, character and game reveals, you name it. Quality content indeed.

But like every fairy tale, nothing is ever just sunshine and rainbows.

While the other game presentations received overwhelmingly positive support, the Diablo presentation sparked a serious ton of backlash among its fans instead, bordering on outrage. Instead of getting teasers for an upcoming Diablo 4, or at the very least improvements to Diablo 3, all their loyal fans got was the announcement of a mobile game, Diablo: Immortal. 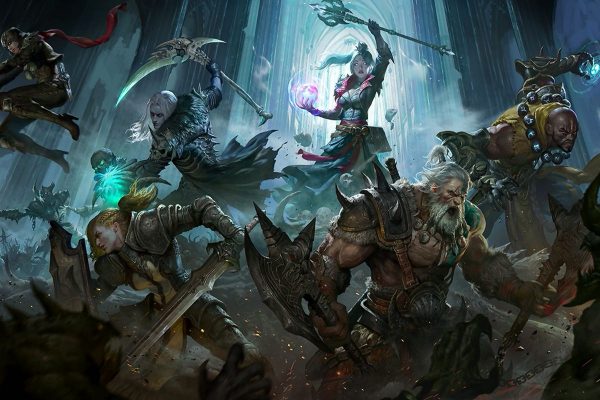 It might be tough to relate to the fans here, so I’ll try to put it into perspective. Imagine inviting everyone over for your birthday party but nobody shows up on the day itself. So, you end up eating cake on the sofa alone. It’s sad, disappointing and pathetic as heck.

Well that’s essentially how they felt. One of them even asked Diablo’s senior game designer if the app was their idea of an early April Fools’ joke. Whether that comes off as utterly rude or brutally honest is completely up to interpretation, but the dude’s point is clear as day: what was Blizzard thinking?

It’s not completely their fault though. According to Blizzard, they had warned fans way in advance not to expect Diablo 4 at BlizzCon 2018. Understandably, that didn’t stop people from hoping. It could just be that the tiny glimmer of hope sparked speculations, and speculations led to expectations, which they felt Blizzard didn’t live up to.

I can fully relate to their disappointment, but to put it bluntly: the fans probably had it coming. It’s perfectly fine to enjoy and want more content, but our support doesn’t mean others, which in this case refers to Blizzard, are obligated to give us what we want, when we want. I highly doubt any self-respecting fan would prefer quantity over quality in a Diablo game anyway.

We say that with respect to the gameplay trailers that were screened. The collaborative partner for Diablo: Immortal, NetEase, previously developed a successful Chinese mobile RPG called Endless of God, pictured below. 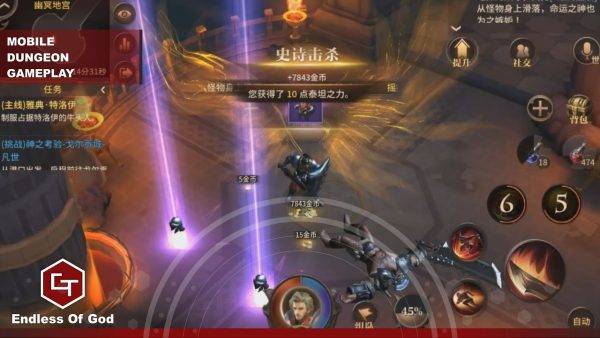 It turns out that after watching the gameplay samples and noticing many conceptual and interface similarities, people are complaining that Diablo: Immortal just looks like a lazy reskin of the aforementioned game.

Accordingly, fans argued that Blizzard is taking its huge Diablo player base for granted.

SO HOW DID BLIZZARD RESPOND?

Confusion. Perplexity. A slight dash of annoyance. It’s not hard to understand why. After all, they did warn everyone prior to BlizzCon not to expect anything earth-shattering.

First and foremost, from a business point of view, Blizzard is just trying to expand its player base by hopping on the mobile game train. At the end of the day, they have salaries to pay and targets to meet, just like any other corporate entity. So, it isn’t unwise nor is it unexpected to follow along with the crowd in this respect.

Second, it’s not like they’ve completely ditched the possibility of Diablo 4. In a subsequent press conference, Blizzard co-founder Allen Adham discussed the recent backlash and assured PC fans that there were still many unannounced Diablo projects in the works. All things considered, Diablo 4 is probably one of them. Adham also revealed that Diablo: Immortal was just the tip of the iceberg for Blizzard’s expansion onto mobile platforms, and that’s a hefty piece of info when you think about it.

Third, perhaps what Blizzard was going for by collaborating with NetEase was to ride along with the success they achieved in the Chinese gaming sphere. Admittedly, you could say that they’ve been a little negligent with how Diablo: Immortal was presented, in the sense that they failed to see it resembled a reskin. But from another point of view, maybe that “concept” they presented is what has struck chords with the market, making it logical to cash in on.

MHM. BUT WHAT DO YOU THINK?

In my opinion, I don’t really think anyone is actually at fault for this whole mess per se. Rather, it’s more of a misunderstanding than anything. The Diablo fans aren’t wrong for wanting their next big game, considering Diablo 3 was released almost 7 years ago. If I had to wait that long for my next game update, I’d get pretty impatient too. But Blizzard has also done it’s due diligence by informing fans beforehand, and what they’ve decided to focus on is reasonable from a business standpoint. Furthermore, the company has already stepped up to reassure fans about future projects. 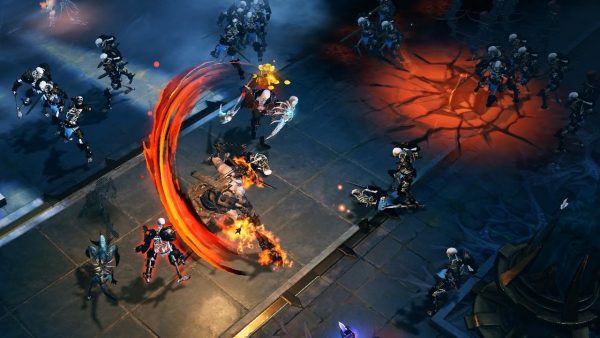 However, while it is logical for Blizzard to want to follow along with the successful Endless of God concept, I personally didn’t think it was necessary to use it as any more than a benchmark. I mean, Diablo as a brand is already way up there in the RPG hall of fame, and their player base has solid foundations. Not many gaming franchises can boast fans that are willing to wait more than a decade between games.

Therefore, I wouldn’t be surprised if Diablo: Immortal turned out to be as successful as Endless of God without much conceptual collaboration from NetEase.

Regardless, credit should be given where it is due, and it’s clear Blizzard is trying to make Diablo: Immortal as versatile, exciting and accommodating as it can be. Ok, so they’re not doing it in a way anyone expected, but the company isn’t to blame for that. Sites like Mashable have already had positive things to say about the mobile game, so maybe we as fans should at least give Diablo: Immortal the chance to prove itself worthy of the brand.

Kenneth is your dedicated jack of all trades gamer and borderline anime nut. When not writing, he likes to wind down with Overwatch, Apex Legends and a bit of Fate: Grand Order on the side.
Previous post Netflix announces five new anime original shows, includes Pacific Rim and Altered Carbon
Next post Fallout 76 streamer manages to launch nuke…within the beta