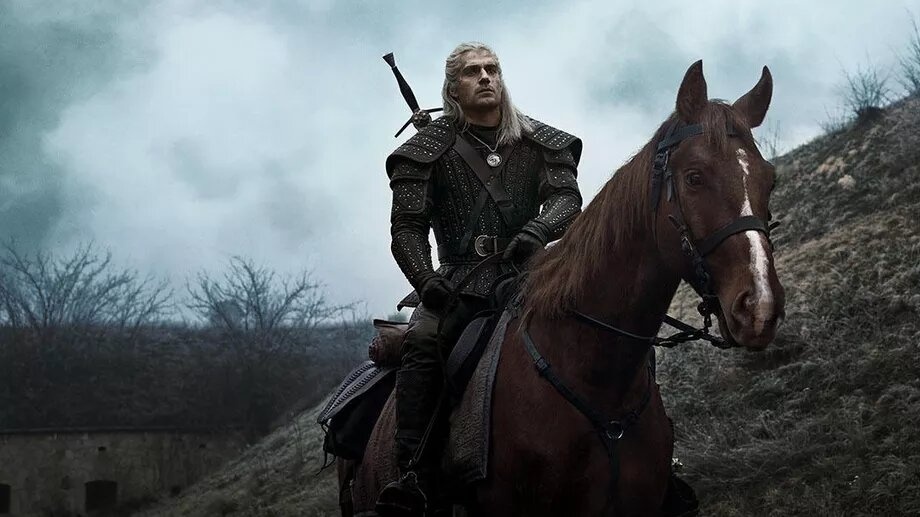 Netflix has finally released a first look at Geralt’s best mate and forever companion, Roach the horse. I say finally, of course, because after pictures of The Witcher’s main cast were officially released, many of us wondered where the fan favourite horse was.

We also get another look at Geralt in all his somber, understated glory. He still carries only one sword on his back, and is dressed in Witcher armour and his trademark medallion. He’s looking off into the camera as if to say, “Yeah. Here’s the horse. Shut up about it already.”

Interestingly, The Witcher’s showrunner Lauren Hissrich tweeted this about the picture:

*Squint and you'll see something else in this picture. Go ahead. Look hard.*

– Which led me to scan the picture again, and is that just the smallest glimpse a wolf-emblazoned sword pommel we see hanging from Roach’s bottom right? We’ll have until comic-con to know for sure.

That’s right, we’re definitely getting a whole lot more information, if not a full-length trailer at San Diego Comic-con 2019, given how most of the cast and crew is gearing up on social media to make an appearance.

The Witcher’s panel will be taking place on Saturday, July 20 at 5.15am (Singapore time). Hopefully all the juicy details shown off in the panel finds its way to the net! And ah, more pictures of Roach please.

Tim loves all sorts of things. Movies, TV shows, video games, comic books, cats and all that good stuff. What doesn't he love, you might ask? Minestrone soup. It is truly awful.
Previous post Dark Horse Comics and CD Projekt Red are partnering up to release a Cyberpunk 2077 lore book
Next post FIFA 20 drops Juventus due to a deal made with PES