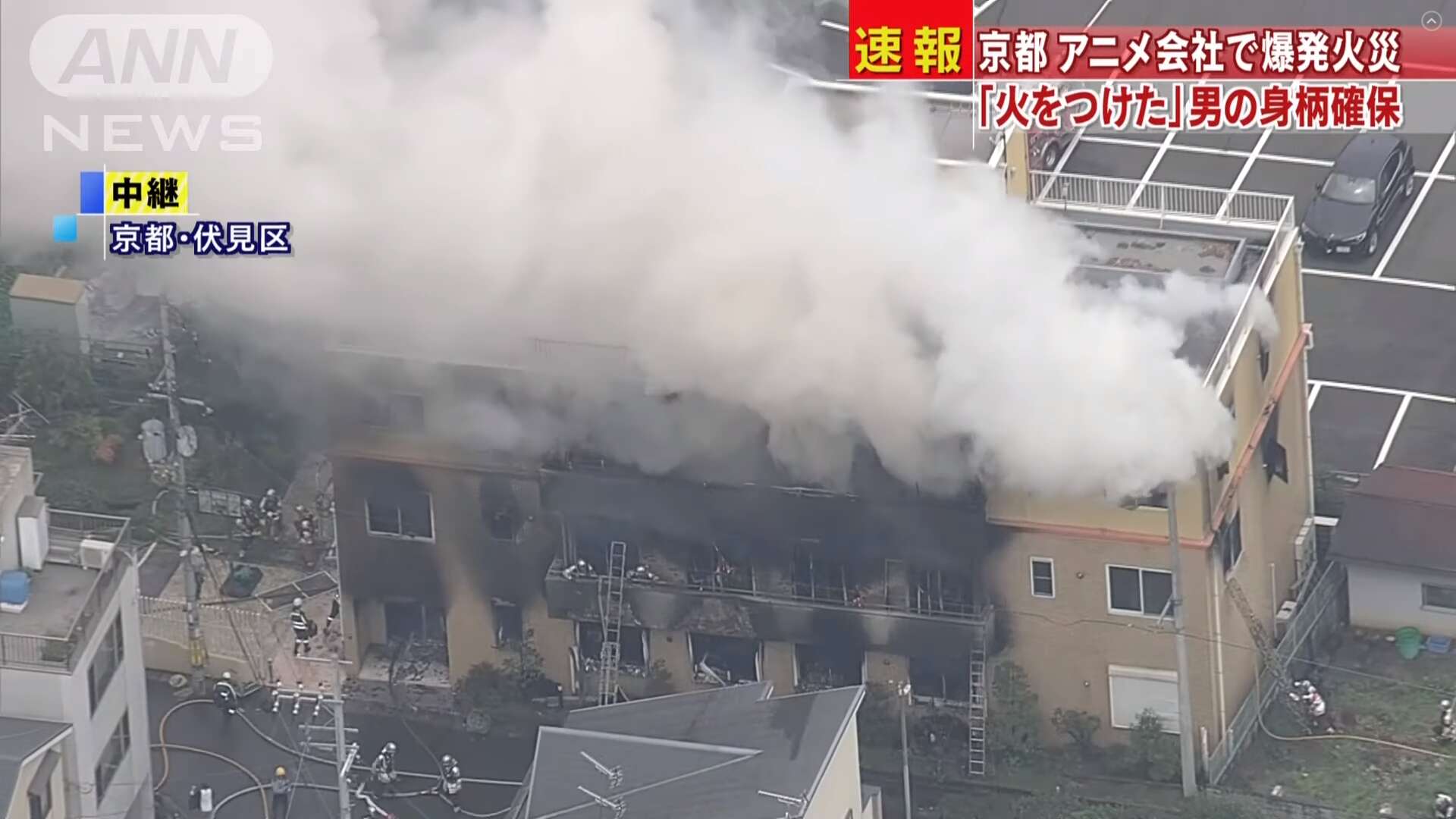 Kyoto Animation suffered an arson attack on Thursday morning, leading to at least 12 deaths and more than 30 injured. The fire happened at the Kyoto Animation building in Uji City in southern Kyoto, Japan.

The suspect is a 41-year-old man, who poured an unidentified liquid around the building and on several employees before setting everything on fire. The suspect was arrested by police shortly after, and has admitted to the crime.

Around 70 staff members were reported to have been in the building at the time of the fire. The police have confirmed 12 people are dead, and 36 injured. Search and rescue is underway to get the rest to safety. Thankfully, most of the employees managed to run outside after the fire started.

Kyoto Animation was founded back in 1981 with offices in both Tokyo and Kyoto. They are an animation and comic book production studio, and have produced hits such as K-On!, Lucky Star and The Melancholy of Haruhi Suzumiya.

Sentai Filmworks has also started a Gofundme to help out the animation studio in this dire time.

Help us help our friends at Kyoto Animation by donating (if you can) or sharing: https://t.co/Fg599lm5Dy

Tim loves all sorts of things. Movies, TV shows, video games, comic books, cats and all that good stuff. What doesn't he love, you might ask? Minestrone soup. It is truly awful.
Previous post Apple is introducing a whole new line of emoji this fall
Next post The inaugural Esports Festival Asia will make its debut at COMEX 2019