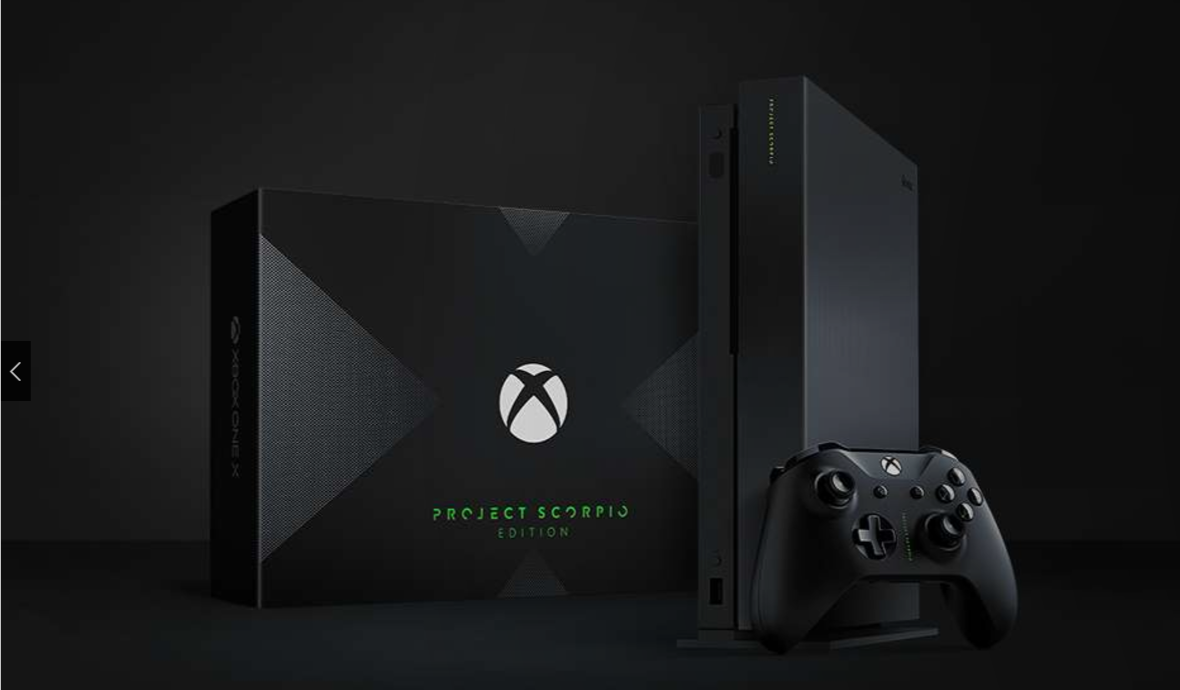 There’s a very cool Xbox One X limited edition available when it launches at the end of this year.

Dubbed the “Project Scorpio Edition”, the US$499 comes in a box that resembles the original Xbox. Inside, the console comes in a black, graphite textured casing. The special typeface that’s shown on the box will also be on the Xbox One X console itself. Lastly, the controller, being a limited edition as well, will also have the “Project Scorpio Edition” words etched on it in green colors and also comes with a plastic stand.

Other than that, there seems to be nothing else to differentiate this special edition from the standard Xbox One X. Although I really do love the black and graphite look of it. The Project Scorpio Edition is announced for the US, Europe and Australia markets for now. Will it be available in Singapore though? Cross your fingers.

Aaron Yip is an industry veteran with more than 15 years of experience. When not spending time on his gaming PC and consoles, he can be found in Hyrule solving ungodly puzzles and collecting gems.
Previous post Review – The Defenders (Netflix) Season One
Next post The Star Wars Battlefront II: Starfighter Assault Gameplay Trailer looks terrific!