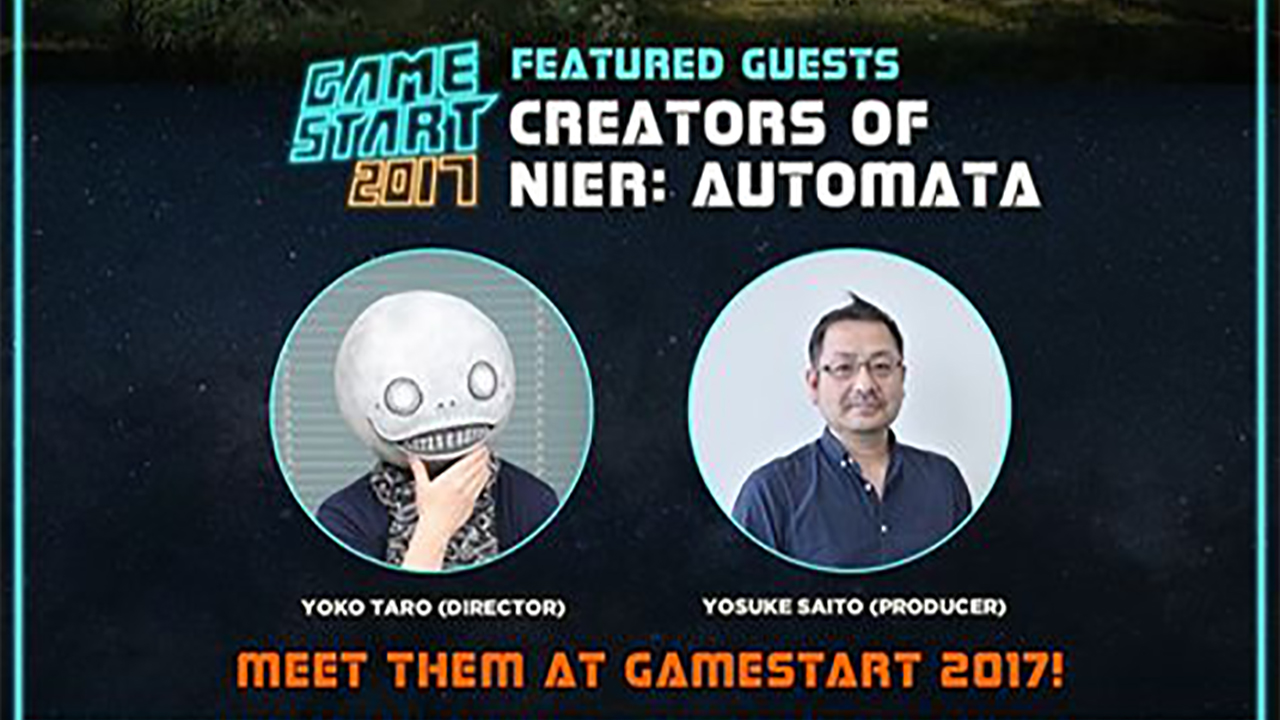 The wonderfully eccentric Yoko Taro is coming to Singapore, thanks to a collaborative effort between GameStart and Anime Festival Asia. Widely praised for gifting the world NieR: Automata, the game director will be in town together with Square Enix producer Yosuke Saito for three days. Both are scheduled to make a main stage appearance over the convention weekend, though no further details have been announced at this time.

While Yoko’s fame may have exploded into mainstream consciousness following NieR: Automata’s success, his reputation for unusual game design, dark narrative themes, and memorable media appearances has long preceded the 2017 action-RPG. After stints at Bandai Namco Games and Sony Computer Entertainment, Yoko got his directorial debut with Cavia’s Drakengard. That game, along with its sequels and spin-off, NieR, earned the surprised developer a loyal fan base— his candid personal blog, Famitsu column, and Twitter account made following him even better.

NieR: Automata had the dual effect of catapulting Yoko to a larger audience, while at the same time “saving” beloved developer PlatinumGames (Cavia had closed by then) from presumably dire straits. It also birthed a cult phenomenon over one of the game’s characters, 2B, who has probably seen more fan art and cosplay than any other video game character this year. Not to discount the equally important roles that 9S and A2 play, of course.

There’s also the fact that Yoko hates interviews but doles out great quotes anyway, all the while donning his favorite Emil mask.

Fans will want to thank producer Yosuke Saito as well, since he was instrumental in getting the game off the ground during its early production days — if things hadn’t worked out, NieR: Automata wouldn’t even exist.

GameStart 2017 takes place on 14 and 15 October at the Suntec Convention Centre.

Ade thinks there's nothing quite like a good game and a snug headcrab. He grew up with HIDEO KOJIMA's Metal Gear Solid, lives for RPGs, and is waiting for light guns to make their comeback.
Previous post Support your favorite local game with the IMGA SEA Public Choice Award
Next post Building communities: Vainglory’s road to success