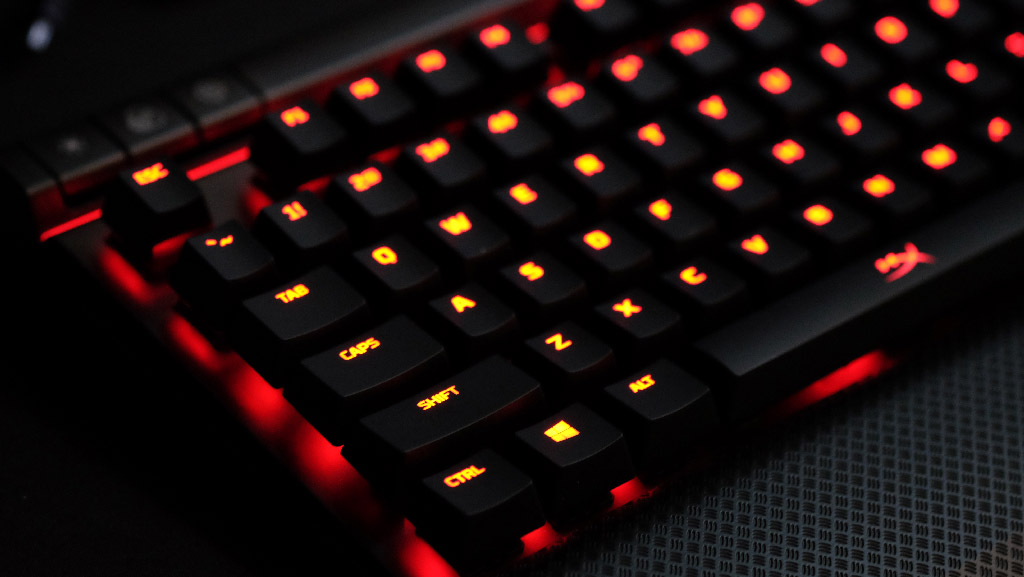 Kingston’s HyperX gaming division is doubling down on its decision to churn out gaming keyboards that favor simplicity over a ton of superfluous features. The HyperX Alloy FPS was a full-sized keyboard that impressed with its utilitarian approach, but it could come across as a little too spartan, and there were a few limitations that you had to deal with.

The HyperX Alloy Elite follows a very similar design ethos, but it fixes the shortcomings of its predecessor. The HyperX Alloy FPS needed work in a few areas – the USB port was for charging only, there were no dedicated media controls, and it lacked a wrist rest. The Alloy Elite attempts to shore up these weaknesses, and it does so quite successfully. For one, the USB 2.0 port now allows you to plug in other peripheral devices, and it’s not just an extra charging port anymore.

There are also now dedicated media buttons for navigating your playlist and controlling the volume, but the price of this is a larger footprint than the HyperX Alloy FPS. These controls sit above the keyboard, and a nice light bar delineates the controls from the main body of the keyboard.

In fact, another benefit of having dedicated media keys is that you don’t run into the uneven illumination that occurs with having two rows of key legends, as on keyboards where the function keys double as media controls. This is a small quibble, but it makes for an overall better look.

Toward the left, you’ll find buttons for adjusting the lighting effects, brightness levels, or toggling on Gaming Mode, which disables the Windows key. There are four different brightness levels and six lighting modes, including things like wave, reactive, ripple, and selective illumination of the keys you’d normally use for FPS games.

You’re limited to just a single-color red backlight however, so those of you looking for RGB customization may be disappointed. Having said that, HyperX has also announced an RGB model of the keyboard, so you may want to wait for that if you really like the keyboard but must have RGB lighting to match your setup.

There aren’t any drivers for this keyboard, so it runs clean and lean and everything you need to tweak the settings are on the keyboard itself. This means setting it up requires no other work than simply plugging it in, but those of you who are used to programming your own macros may need to consider something else.

That said, everything feels super easy to use and get used to, and the good thing is you no longer have to hit the Fn key and squint to look for the right key bindings. The layout of the additional keys is well-thought out, and we can hardly see anyone taking issues with it.

The volume dial feels really nice as well with its ridges, and there’s just the right amount of resistance to it.

Overall, the keyboard is very well-made, and the keys sit on a robust steel plate, much like on the HyperX Alloy FPS. It uses the same floating key design, so you can easily blow out dust and grime that’s accumulated underneath without needing to remove the keycaps. The included plastic wrist rest has a couple of hooks at the bottom that allow it to snap onto the keyboard to ensure that it doesn’t slide around. You have to push on it until it clicks in place, but once it does, it feels fairly sturdy and you won’t have any problems with it sliding around. We like the matte coating on the wrist rest, which helps resist the buildup of dirt and grime.

The wrist rest can feel a little light and flimsy, so the snap-on mechanism works really well to mask these issues.

Our review unit came with Cherry MX Red switches, a popular choice on gaming keyboards today. These are light, linear switches, with an actuation force of just 45g. They’re alright for gaming, but the light actuation force means it’s difficult not to bottom out with them while typing.

That’s not a problem per se, but those who are used to not bottoming out with heavier switches will need to adjust to it.

In addition, the keyboard comes with a set of silver-colored WASD and number keys (1 through 4), in case you want a slightly different look.

The thick, non-detachable, braided cable can be quite unwieldy, but it’s probably not going to be a problem since most of you aren’t going to be transporting this keyboard frequently. You’ll require two USB ports, one of them for the USB passthrough, so be sure to check that you have enough free ports if you’ve got a lot of USB devices plugged in.

At S$199, the Alloy Elite is S$40 more than the Alloy FPS. For that amount of money, you get a wrist rest, dedicated media and lighting controls, and a USB pass-through that works for peripherals, so it’s really up to you to decide how much you need those extras.

That said, the Alloy Elite still feels expensive considering its positioning as a utilitarian, driver-less keyboard. For one, the Logitech G Pro mechanical gaming keyboard costs the same, and even though that’s a tenkeyless model, it comes with customizable per-key RGB lighting and programmable macros.

Ultimately, it all comes down to whether you buy into HyperX’s particular take on keyboard design. If you don’t care for programmable buttons or RGB lighting, this is a solid keyboard, even if its price could use some tweaking.

Squee delights in trash talking on Overwatch and sleeping till 5pm on weekends. Few other things matter, except perhaps the next episode of Game of Thrones.
Previous post Kamen Rider Climax Fighters heads to PS4 on 7 Dec with English subs
Next post Okami gets a fresh coat of paint for PC, PS4, and Xbox One