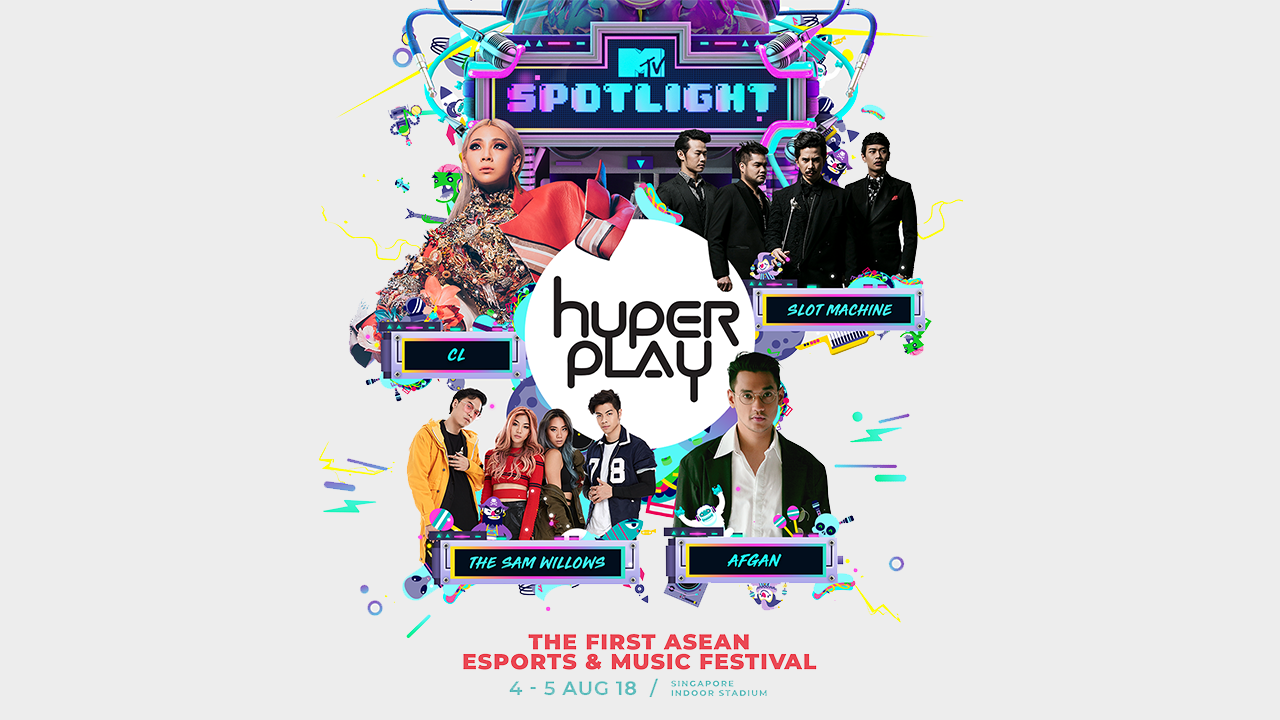 Riot Games and MTV are tagging up for Hyperplay, an integrated esports and music festival happening this 4-5 August at the Singapore Indoor Stadium. The ticketed event brings two days’ worth of League of Legends competitions and live performances, with the first wave of MTV-invited artists already announced.

The League of Legends component sees competitors across ten countries vying for a share of the prize pool, with the champions taking home six coveted Razer Blade gaming laptops. Each of the nation’s best will head into the group stages scheduled for 29-30 July, with the finals – formatted as a King of the Hill, Best-of-3 Semi-Finals, and Bo3 Grand Finals respectively – taking place during Hyperplay itself.

MTV Asia’s performers so far include South Korean vocalist and rapper CL, Thai rock band Slot Machine, Indonesian idol Afgan, and Singaporean band The Sam Willows. These artists will share the same stage as the LoL professionals, and more will be announced in the coming weeks.

Should you miss it or want to relive the events, an edited 60-minute special is also set to air on MTV Asia on 21 August.

Hyperplay is part of the larger youth-oriented celebration that is YOUTHx, which counts the SHINE Festival and GetActive!SG among its ranks.

Naturally, the event has the support of the Singapore Ministry of Culture, Community and Youth as well as the National Youth Council, with gaming entities such as Garena, Razer, Secret Lab, and SCOGA a part of the mix.

Early bird tickets are now available at APACTix, with prices ranging between S$25 (1-day standing) to S$201 (2-day category 1 seats). Alternatively, folks within ASEAN may try their hand at one of the many social media contests, with one grand prize winner securing flight, accommodation, and tickets to Hyperplay.

Ade thinks there's nothing quite like a good game and a snug headcrab. He grew up with HIDEO KOJIMA's Metal Gear Solid, lives for RPGs, and is waiting for light guns to make their comeback.
Previous post Catch Rimi Nishimoto and the rest of Poppin’Party at Japan Park Singapore
Next post E3 2018: Battlefield V lets you tow fixed weapons, multiplayer trailer revealed