Riddle me this: what does Huawei’s Mate 20 X release announcement have in common with a supermarket?

In both cases, there are apples, and then there are oranges.

Strangely (or adorably), Huawei decided that directly comparing the Mate 20 X to the Nintendo Switch was more apt than say, an iPhone XR. On top of that, the various bases for comparison were…amusing to say the least. Amusing enough to spawn an entire fanbase worth of memes.

First of all, saying that the Mate 20 X is a “superior portable game machine” to the Nintendo Switch is already laughable. In FPS terms, that’s the same as saying a rocket launcher is as efficient at assassination as a sniper rifle, just because the target dies anyway.

Obviously not. Both weapons can kill people but are made with different purposes in mind. Sniping someone isn’t the same as blowing up a tank. The same logic applies to the Mate 20 X and the Nintendo Switch.

The second area up for comparison were the screen sizes. Huawei claimed that the Mate 20 X’s 7.2-inch 1080p display was better than the Switch’s 6.2-inch 720p LCD screen. To be honest, I’m surprised they didn’t do us one better by comparing the Mate 20 X’s screen with that of a 4K television. 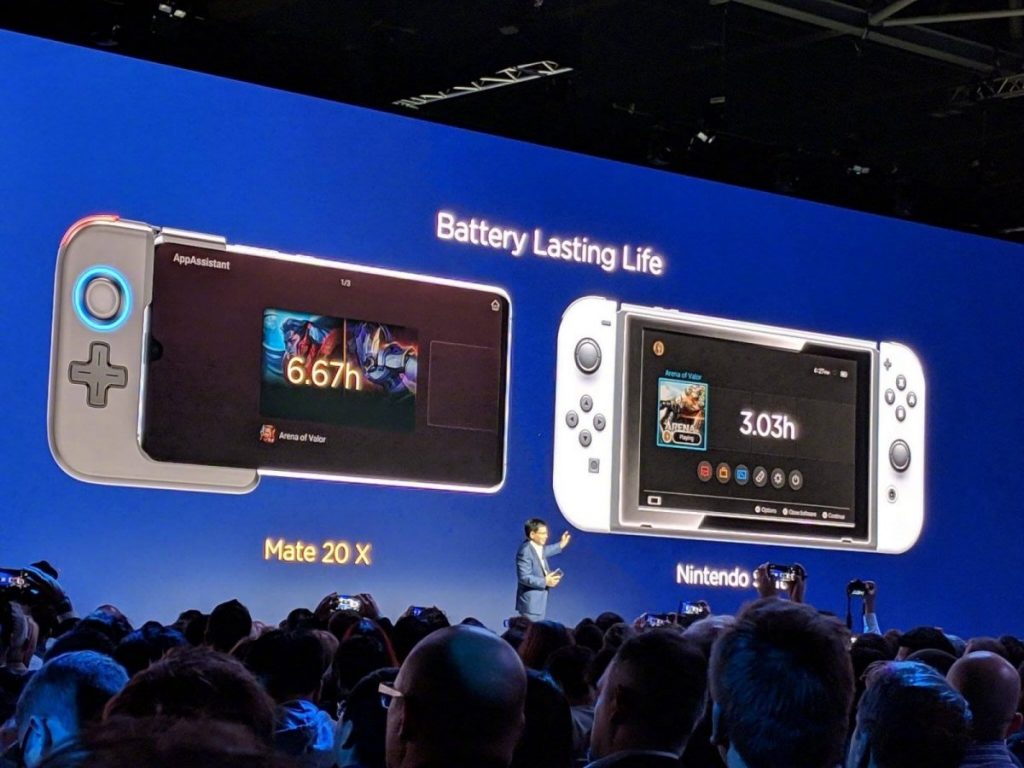 The third thing Huawei talked about was the “perfectly-matched gamepad” that could be attached to the Mate 20 X for portable play. I won’t deny that it looks cool, but it came off to a lot of people that the Mate 20 X is trying too hard to be something it’s not.

If you thought the first three comparisons were funny, the fourth is side-splitting. Battery life. Look, it’s great that the Mate 20 X has a 6.67-hour battery against the Switch’s 3.03-hour counterpart. But, your Switch doesn’t have to make calls, write emails and send texts alongside gaming. Quoting Einstein, why are we judging a fish based on its ability to climb a tree?

Weirdly enough, Huawei didn’t compare the Switch’s superior game library, nor did they talk about the smartphone’s specs, which would probably lose to those of the Switch. But it wouldn’t be fair to judge it in that light, would it? It’s an apple-to-orange comparison.

Kenneth is your dedicated jack of all trades gamer and borderline anime nut. When not writing, he likes to wind down with Overwatch, Apex Legends and a bit of Fate: Grand Order on the side.
Previous post COD: Black Ops 4’s PC version is facing “Crash” issues
Next post Zotac announces the MEK Ultra enthusiast PC with GeForce RTX GPUs