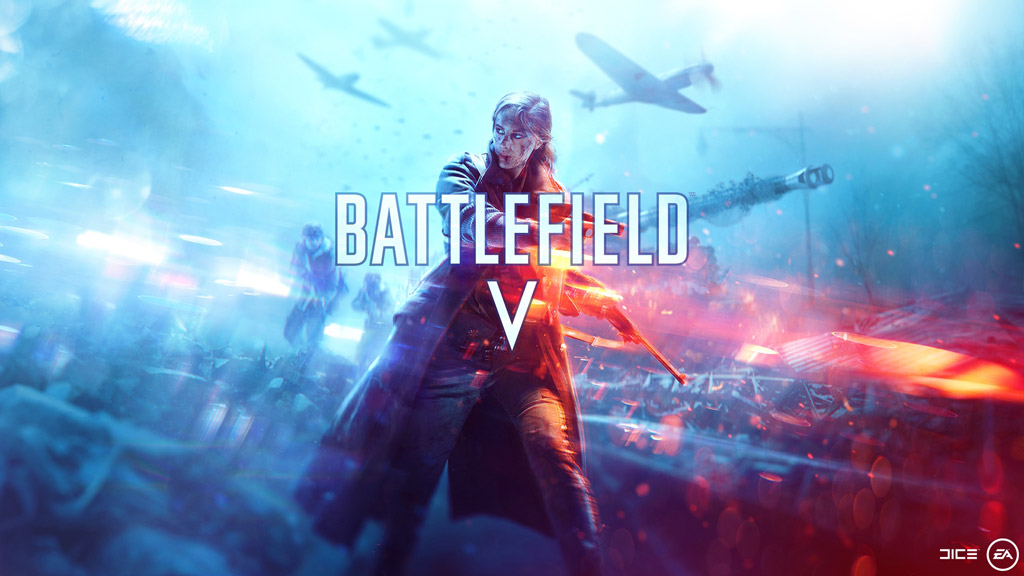 DICE and Electronic Arts have released the first trailer of the next Battlefield game. Titled Battlefield V, the game also marks a return to its World War 2 roots.

Battlefield V’s single-player campaign will feature War Stories (first seen in Battlefield 1) and tells the tales of the conflict through the eyes of various in-game characters – rather than one central character. Prepare to relive the freezing Norwegian landscapes as a young Norwegian resistance fighter or come ashore into the desert heat of North Africa – and more.

In new and classic multiplayer modes, players can now form and lead their own unique Company in online matches. According to EA’s press release, the Company allows players to create and ‘deeply customize their soldiers, weapons and vehicles that will evolve as they progress, covering everything from the way they look to the way they play’. Fan favorite modes like the 64-player Conquest also returns, with the game’s multiplayer culminating in Grand Operations, an all-new live, event-based experience within Tides of War. These multimap, multi-mode dynamic events take players through vast historical battles to relive moments of bravery and desperation while fighting to the final objective.

“Battlefield V is a homecoming for DICE as a studio—a return to the era that came to define the Battlefield franchise. But as nostalgic as we are about World War 2, we wanted to challenge the preconception of the era with an unexpected portrayal of this familiar setting. Our vision with Battlefield V is to let players explore new and untold sides of the conflict that shaped the modern world,” said Oskar Gabrielson, General Manager, DICE. “The scale of each battle and level of immersion is unlike anything we’ve done before in Battlefield and players are in for an epic journey.”

Battlefield V will be available worldwide on 19th October on Xbox One, PlayStation 4 and Origin for PC.

Aaron Yip is an industry veteran with more than 15 years of experience. When not spending time on his gaming PC and consoles, he can be found in Hyrule solving ungodly puzzles and collecting gems.
Previous post Overwatch Anniversary 2018 adds new map, cosmetics, and past seasonal content
Next post Review — Detroit: Become Human brings narrative adventure to a grander stage