Have a taste of Fallout with the Nuka Dark Rum 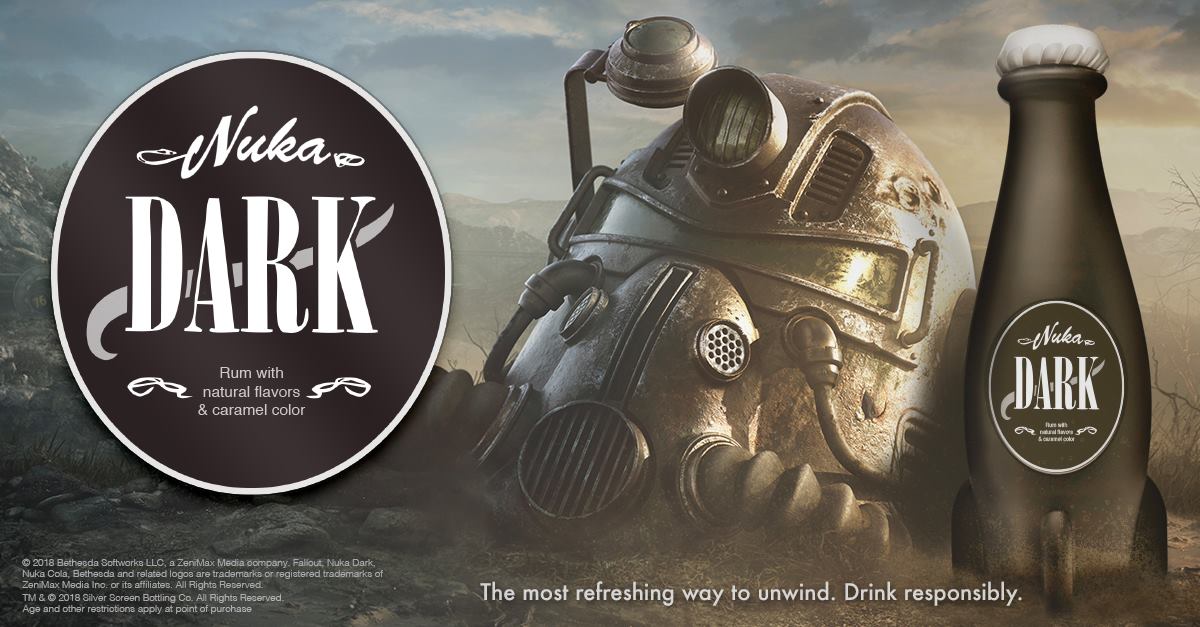 Any fan of the Fallout franchise worth their radioactive salt would be familiar with the wasteland’s most delicious drink. A nice cold bottle of Nuka-Cola. Bethesda Softworks, together with the Silver Screen Bottling Company, is bringing us an alcoholic taste of the wasteland with Nuka Dark Rum. Just in time for Fallout 76. The Nuka Dark Rum comes in a 750ml rocketship shaped bottle that looks just like one of the Nuka-Colas that you’d find throughout the ruins of America in the Fallout franchise. It will, however, set you back a whopping $79.99 USD, excluding shipping.

Nuka Dark Rum is now available for pre-order globally and is expected to ship November 14th, the same day Fallout 76 is released. You can make your Nuka Dark Rum pre-orders here.