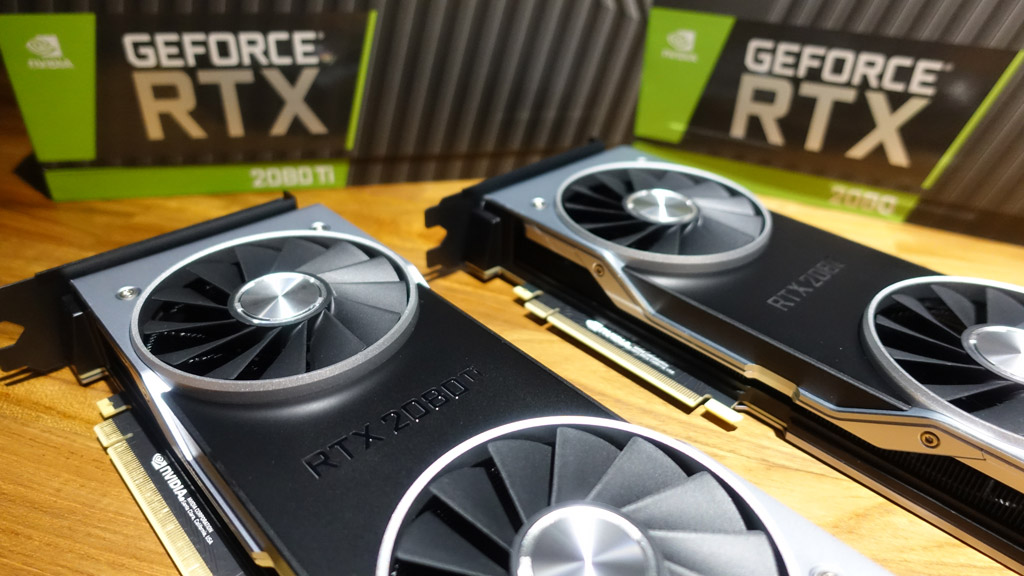 I’ll cut to the chase about one thing. NVIDIA’s Founders Edition of their latest GeForce RTX 2080 and 2080 Ti are the sexiest-looking cards I’ve ever laid eyes on. Their sleek industrial design is a welcome break from the garish RGB freak show on some custom cards.

The Founders Edition cards use a machine-finished aluminum shroud that just feels impeccable in hand. There’s zero flex anywhere and the card is simply built like a rock. Many high-end custom cards still use plenty of plastic and are so prone to flexing that they look ‘bent’, so the Founders Edition models truly feel more premium. At a glance, both RTX cards look similar.

NVIDIA also opted for a wraparound shroud that extends over the end of the card to form a supporting backplate for the PCB. I find this approach more elegant, particularly because the backplate on many cards is still an entirely separate piece from the cooling shroud.

This is also the first time that NVIDIA has ditched the blower-style fan on its cards. In its stead, there are now two 13-blade axial fans powered by a three-phase motor that NVIDIA says helps limit noise from vibrations.

The Founders Edition cards are kept cool by a full-length vapor chamber that covers the entire PCB. Vapor chambers are one of the most efficient mechanisms for transferring heat, and heat generated by the card is eventually offloaded to the aluminium fins that span the card’s PCB. A larger vapor chamber and heat sink translate into greater surface area for heat dissipation, and the temperature numbers reflect this. 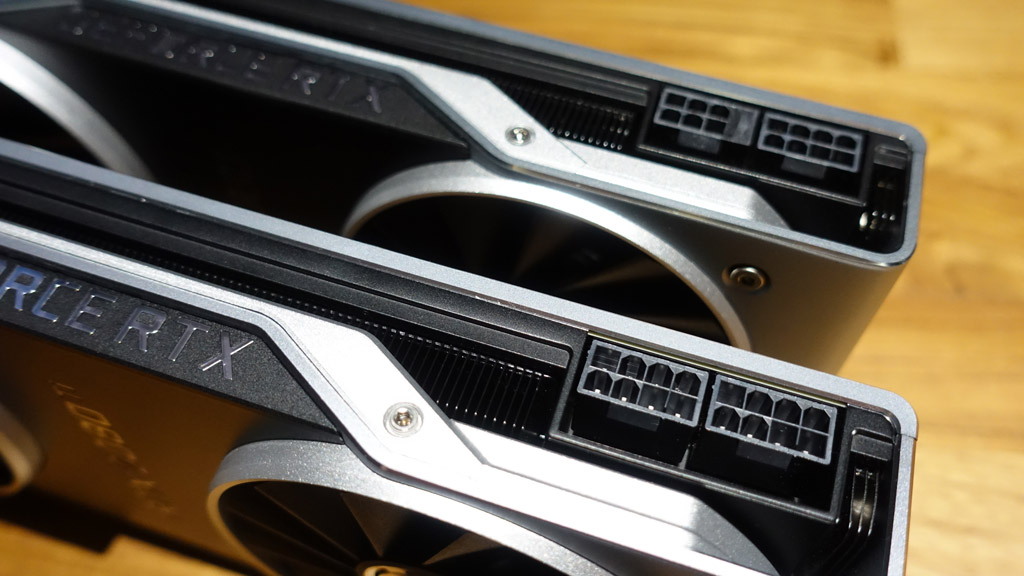 The RTX 2080 (above) feature a slightly different power connector requirement to the RTX 2080 Ti (below).

However, there are some differences in power circuitry between the GeForce RTX 2080 and 2080 Ti. The less power-hungry GeForce RTX 2080 is equipped with an 8-phase iMON DrMOS power supply, whereas the flagship Turing card has a more robust 13-phase design. 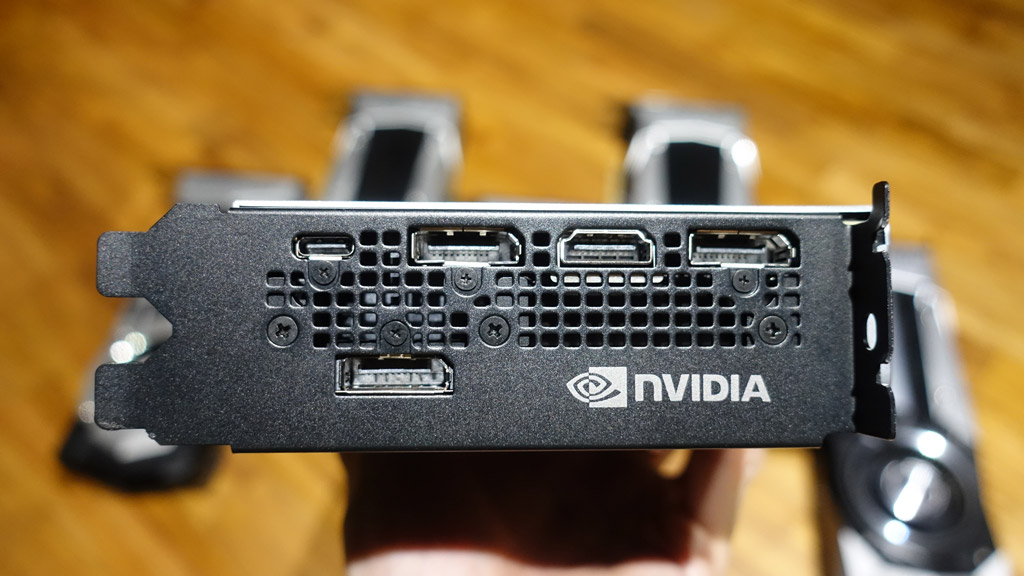 Check out the new USB-C output.

NVIDIA has added something new to the card’s outputs as well. It features an HDMI 2.0b connector and three DisplayPort 1.4a outputs that can drive displays up to an 8K resolution at 60Hz. However, it also comes with a USB-C port that supports VirtualLink, a new open industry standard being developed to meet the power, display and bandwidth demands of the next generation of VR headsets through a single USB-C connector. 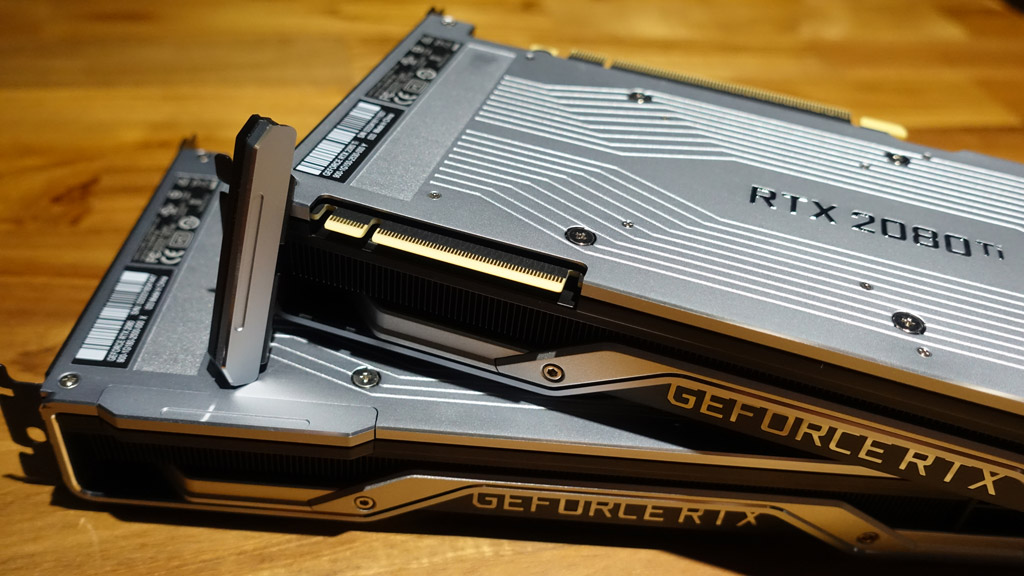 Finally, the NVLink interconnect is protected by a removable cover, a nice touch that gives the card a more seamless look when you aren’t planning to go down the SLI route. These are the first consumer GPUs to use NVLink, which makes available two x8 links compared to just one from before. However, you’ll have to purchase your own NVLink bridge from NVIDIA if you want to run more than one card. 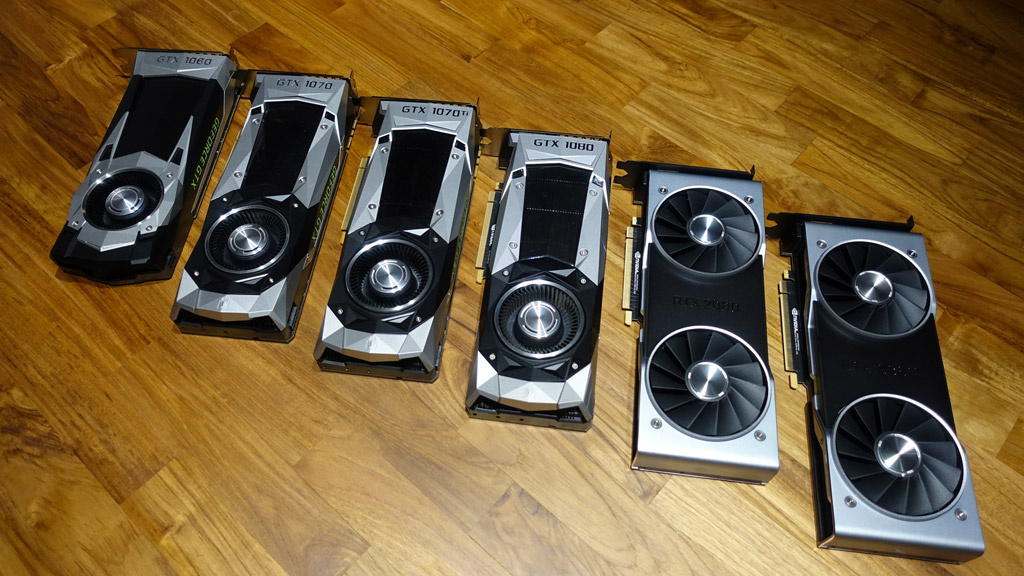 The detailed specifications of our new graphics card testbed system is as follows: –

The full line-up of graphics cards and their driver versions are listed below: 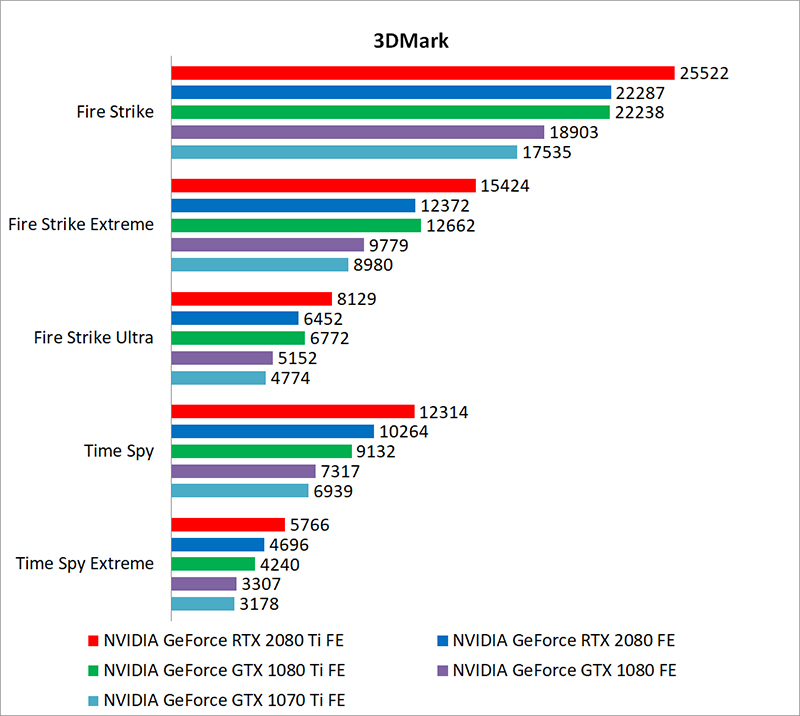 The synthetic 3DMark benchmark tests graphics and computational performance at different resolutions, starting at 1080p and going all the way up to 4K. A series of two graphics test, one physics test, and then a combined test stresses your hardware in turn to assess its performance.

That said, the GeForce RTX 2080 was actually a good 22 per cent faster than the GeForce GTX 1080 in the Fire Strike Extreme benchmark. That’s a modest generation leap, but it’s also worth noting that it was basically neck-and-neck with the GeForce GTX 1080 Ti for most of the tests (save for the Time Spy tests), something that carries over to the rest of the benchmarks as well. 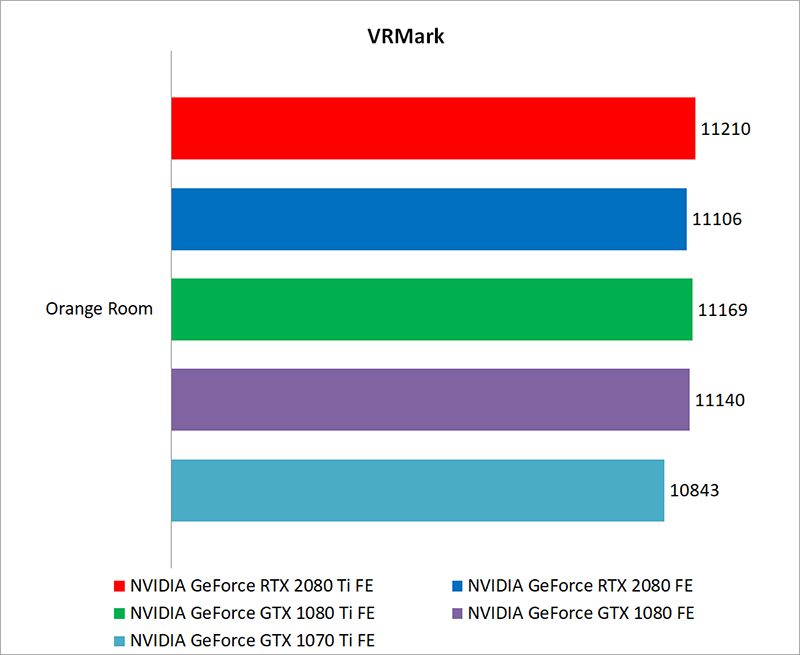 Futuremark’s VRMark benchmark is designed to assess a PC’s ability to handle high-performance headsets like the HTC Vive and Oculus Rift. If a PC passes the Orange Room test, it is ready for the latter two systems. The second graph also shows how the cards fared against the benchmark’s target of an average FPS of 109.

All the tested cards are more than capable of handling the benchmark, and it looks like they’re actually so fast that the CPU is starting to become a limiting factor (and that’s considering we’ve already plugged in the fastest stock-clocked Intel processor in our test rig). In fact, there’s hardly any significant difference at the upper end between the top Turing and Pascal cards.

Ashes of the Singularity: Escalation 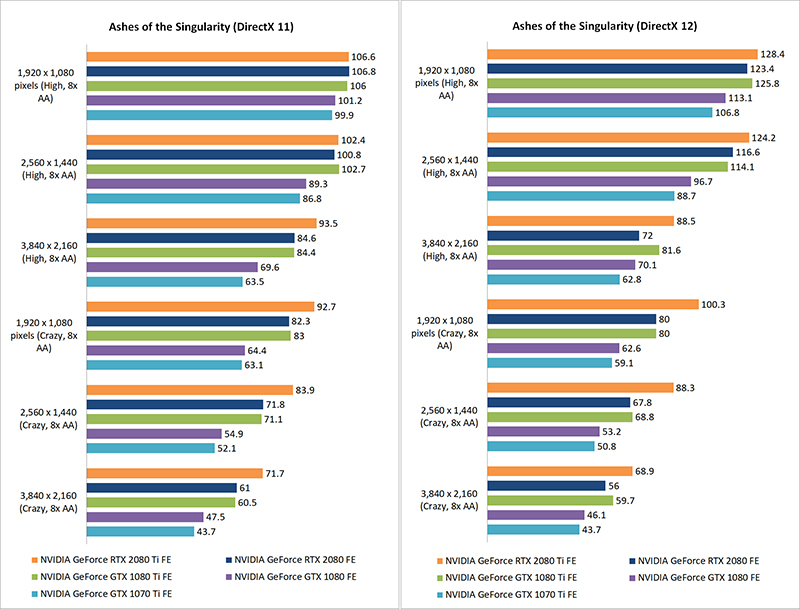 Ashes of the Singularity has long been the poster child for the performance benefits a low-level API like DirectX 12 can bring. It is based on the Nitrous engine and can be extremely punishing thanks to the huge number of onscreen units and the sheer level of detail accorded to each unit. However, the CPU does become the limiting factor at lower resolutions and settings.

As a result, the Turing cards don’t really get to show their full potential at the less demanding settings. 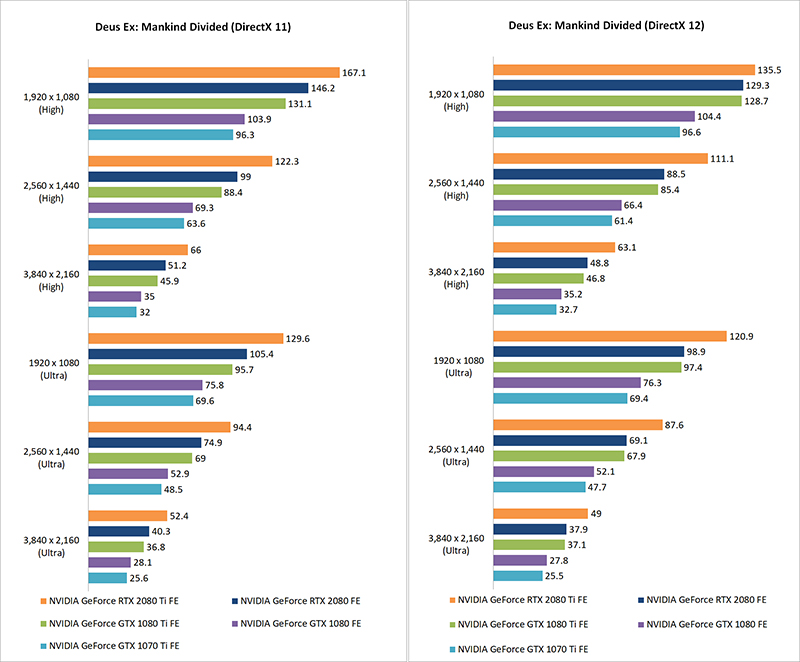 Mankind Divided features just about every trick to make your game look pretty, including things like volumetric and dynamic lighting, screenspace reflections, and cloth physics. Even though it was released in 2016, the game is capable of bringing even the most powerful systems to their knees. 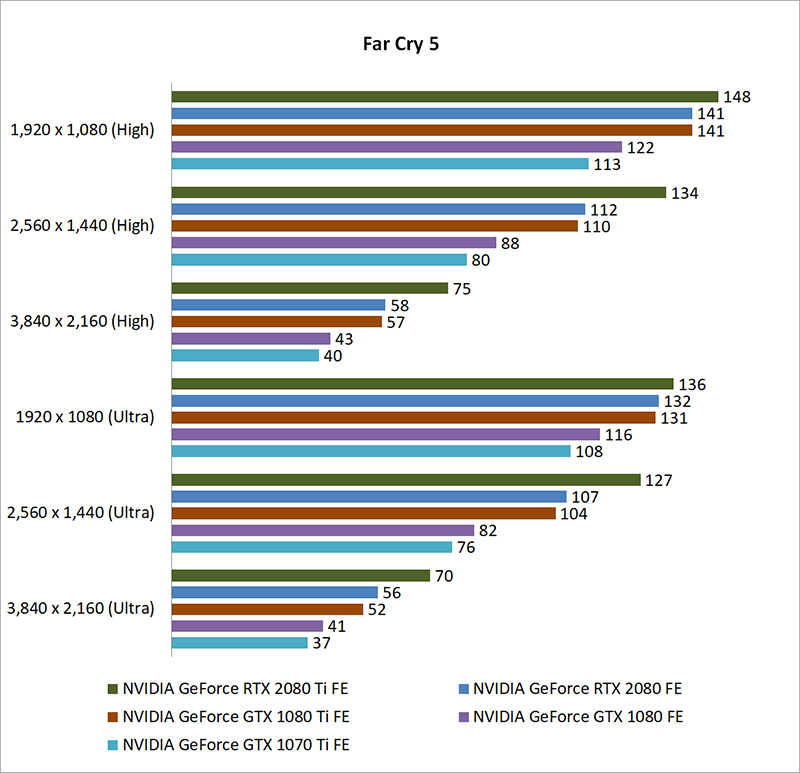 The latest installment in the Far Cry series is actually an AMD launch title, so it’ll be interesting to see how the green camp fares here.

The flagship Turing card truly impressed here, managing more than 60FPS at a 4K resolution and Ultra settings. It was 22 per cent faster than the GeForce RTX 2080, which also managed a nice 30 per cent improvement over the GeForce GTX 1080. 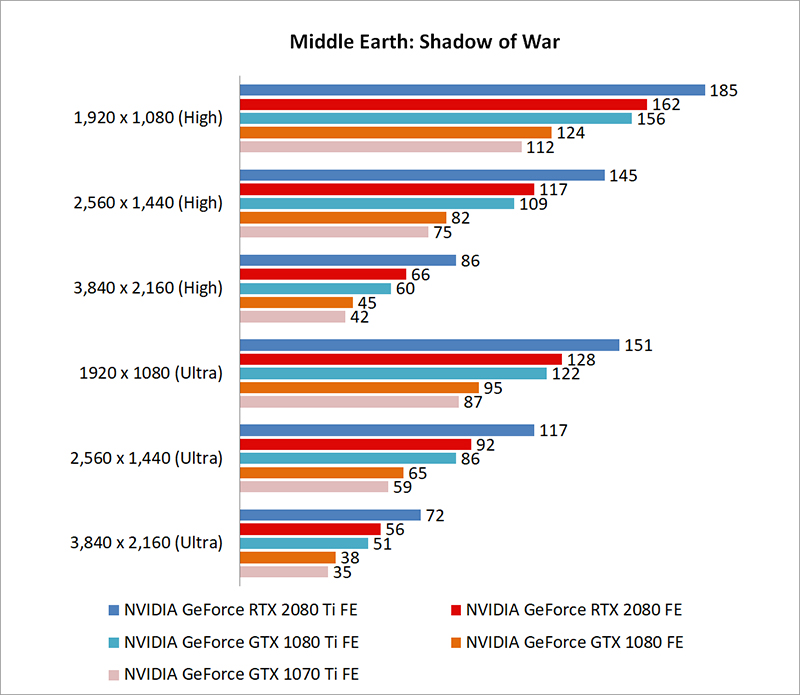 The GeForce RTX 2080 Ti handily dealt with anything Shadow of War threw at it, posting over 60FPS at a 4K resolution as well. The GeForce GTX 2080 didn’t fare too shabbily either, coming in at 38 per cent quicker than the GeForce GTX 1080.

Shadow of the Tomb Raider 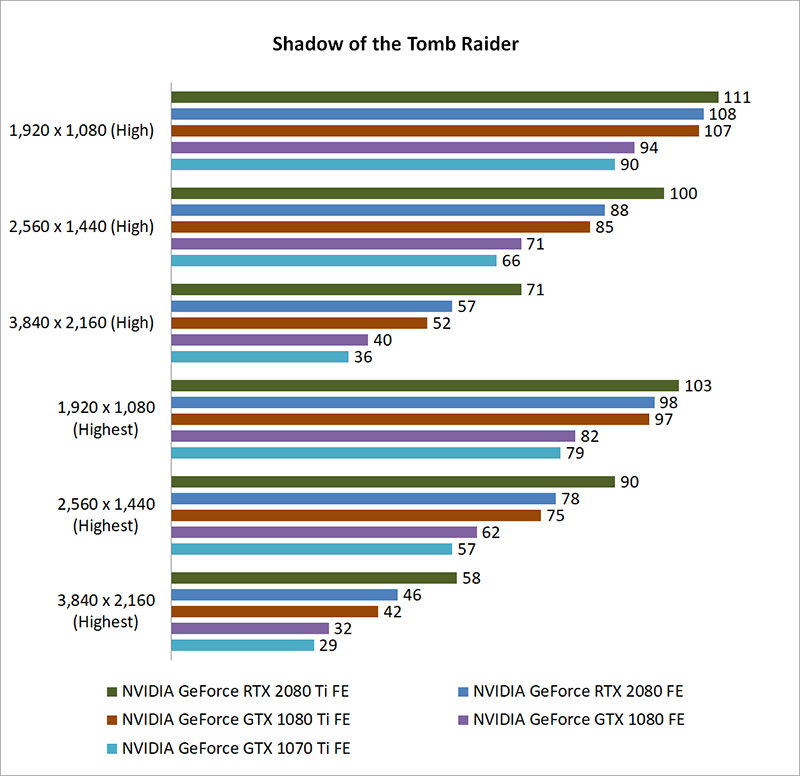 NVIDIA has mentioned Shadow of the Tomb Raider a lot lately, largely because it will be one of the first games to support its RTX technology through a post-release patch. At the time of writing however, the patch hasn’t dropped yet, so the results still deal with conventional performance metrics.

Once again, the GeForce RTX 2080 Ti had no problem handling the game at 4K. Shadow of the Tomb Raider shows some signs of becoming CPU-limiting at 1080p resolutions, and the performance differentials are only really obvious at 4K. 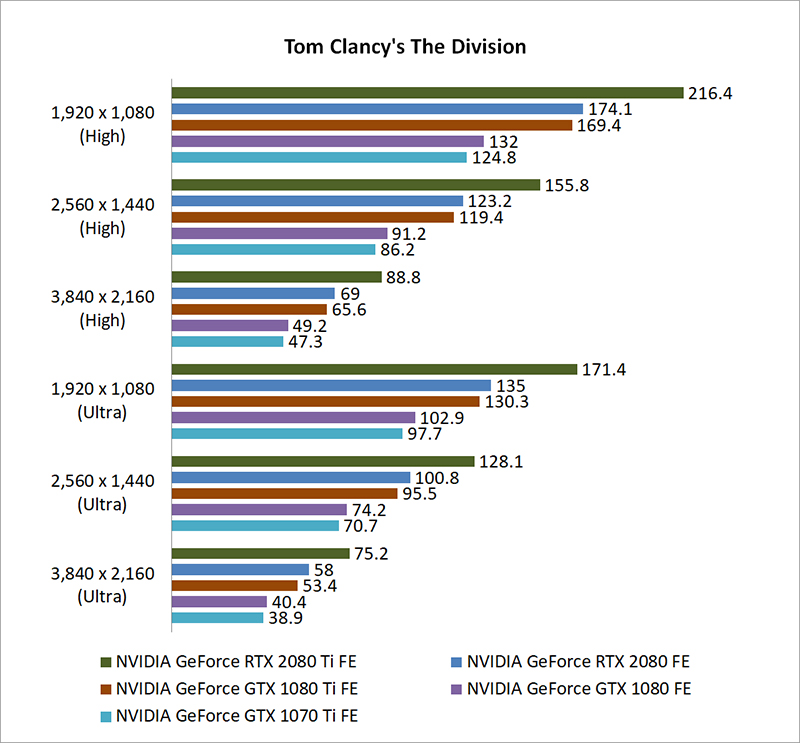 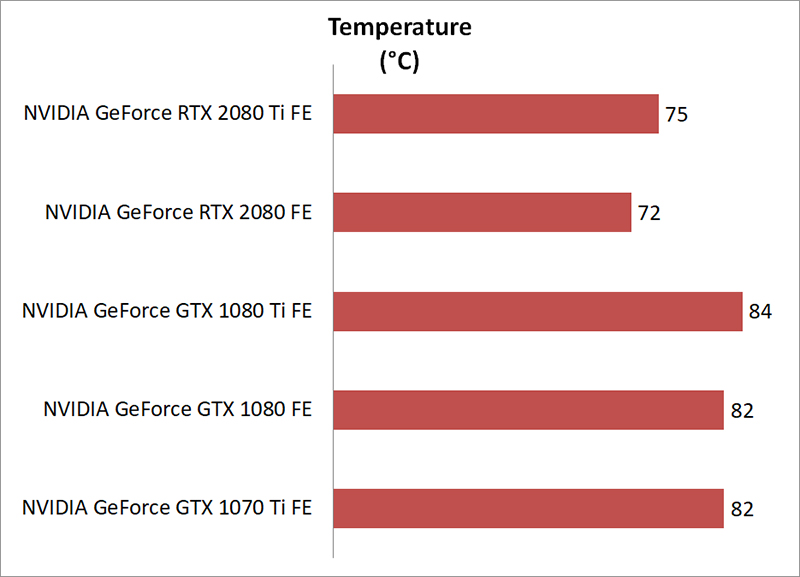 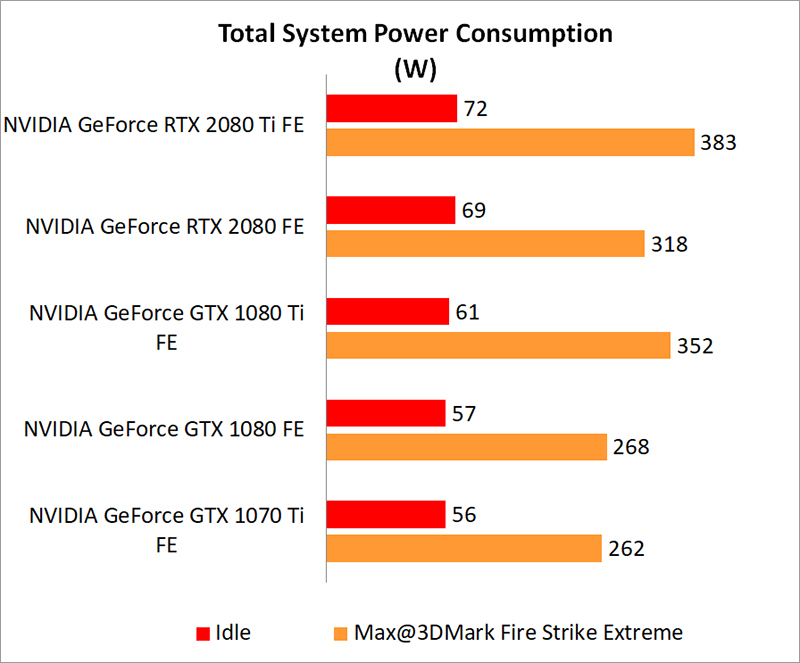 The improvements NVIDIA made to the cooling solution on its Founders Edition cards are plain as day here, and both Turing cards posted lower temperatures despite being more powerful. Both cards were also fairly quiet, and I don’t see this being a problem for most people.

4K Gaming is here but at a price

The GeForce RTX 2080 Ti shows us what a card that lays claim to good performance at 4K resolutions should really be capable of producing. The card produces more than 60FPS in most of the titles we tested at a 4K resolution and the most demanding settings, a pretty impressive feat.

At US$1,199 for the Founders Edition card, you’ll be paying a steep price for the performance it serves up. This is made more annoying by the fact that however fast it may be, it’s still not twice as fast as the US$699 GeForce GTX 1080 Ti. You’re really paying for ray tracing and other forward-facing tech that may or may not give you actual utility, depending on how developers react. 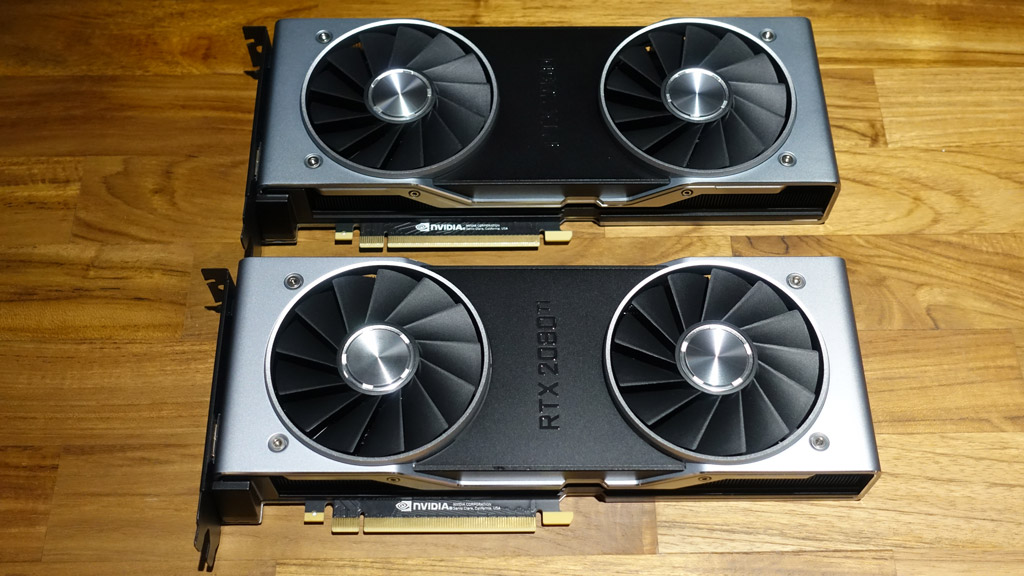 However, it’s not like you’ve got a ton of other options either. If you want smooth gameplay at 4K (and chances are if you’re considering gaming at 4K, the quality of your entire experience matters to you), the GeForce RTX 2080 Ti is pretty much one of your only options. AMD doesn’t have a credible alternative at the moment, and you have only NVIDIA’s other cards to look to.

But does Turing live up to expectations? There’s no doubt that both cards are blazing fast, but the 30 to 40 per cent increase they offer over Pascal is a modest increment that is good but not mind-blowing. In some ways, NVIDIA spoilt us with the massive improvements Pascal served up over Maxwell. Ultimately, I had to remind myself that it wasn’t feasible to expect something similar with every generation of cards.

Having said that, the big feature on Turing isn’t even how fast it is. It’s the cards’ real-time ray tracing acceleration capabilities that NVIDIA is really talking up, which our sister site HardwareZone has covered extensively. This same point was also a source of plenty of controversy when Turing was first announced. Some people readily embraced ray tracing as the future of graphics technology and had no problem jumping aboard the early adopter train. Others were more cautious, wanting to wait for reviews to drop to see how Turing would do in games that hadn’t been optimized to take advantage of ray tracing and DLSS (at the time of writing, that’s basically every game). 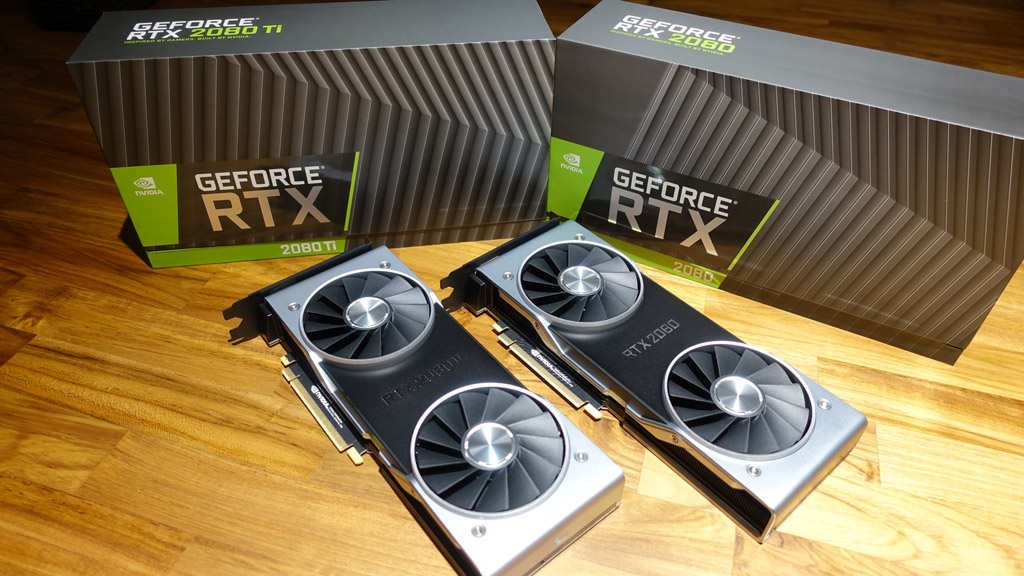 Well, the reviews are out. Turing is indeed very, very fast. The problem now is just one of price and who should upgrade. If you already own a GeForce GTX 1080 Ti, the sensible choice is the GeForce RTX 2080 Ti since the GeForce RTX 2080 offers only slightly faster performance.

And even then, I question if it’s worth it for owners of the high-end Pascal cards to upgrade. Even the GeForce GTX 1070 Ti is capable of running just about every game at resolutions below 4K, and unless you want to game at 4K, which is still a relatively small subset of users, there doesn’t seem to be much need for an upgrade when Pascal is still so relevant.

Ray tracing is very cool, but I wouldn’t buy a Turing card just because of that. It’s much too dependent on developer support, and even though many games have already announced the intention to support it, it’ll still be a while before there’s anything approaching widespread adoption.

However, if you own a card before Pascal, by all means, upgrade. Turing will manhandle any game you throw at it and spit back a ton of buttery-smooth frames at you. The price does present quite a huge barrier, but it’s what you pay for cutting-edge technology, if you think you really need it.

(Editor’s Note: This is a long-term review and we will be doing more benchmarks of both RTX cards once games that support ray-tracing at launch or as post-launch update)

Aaron Yip is an industry veteran with more than 15 years of experience. When not spending time on his gaming PC and consoles, he can be found in Hyrule solving ungodly puzzles and collecting gems.
Previous post TGS 2018: Preview the impressive creation suite in Dreams (Universe)
Next post X-mini releasing a new line of wired and wireless earbuds in Oct 2018