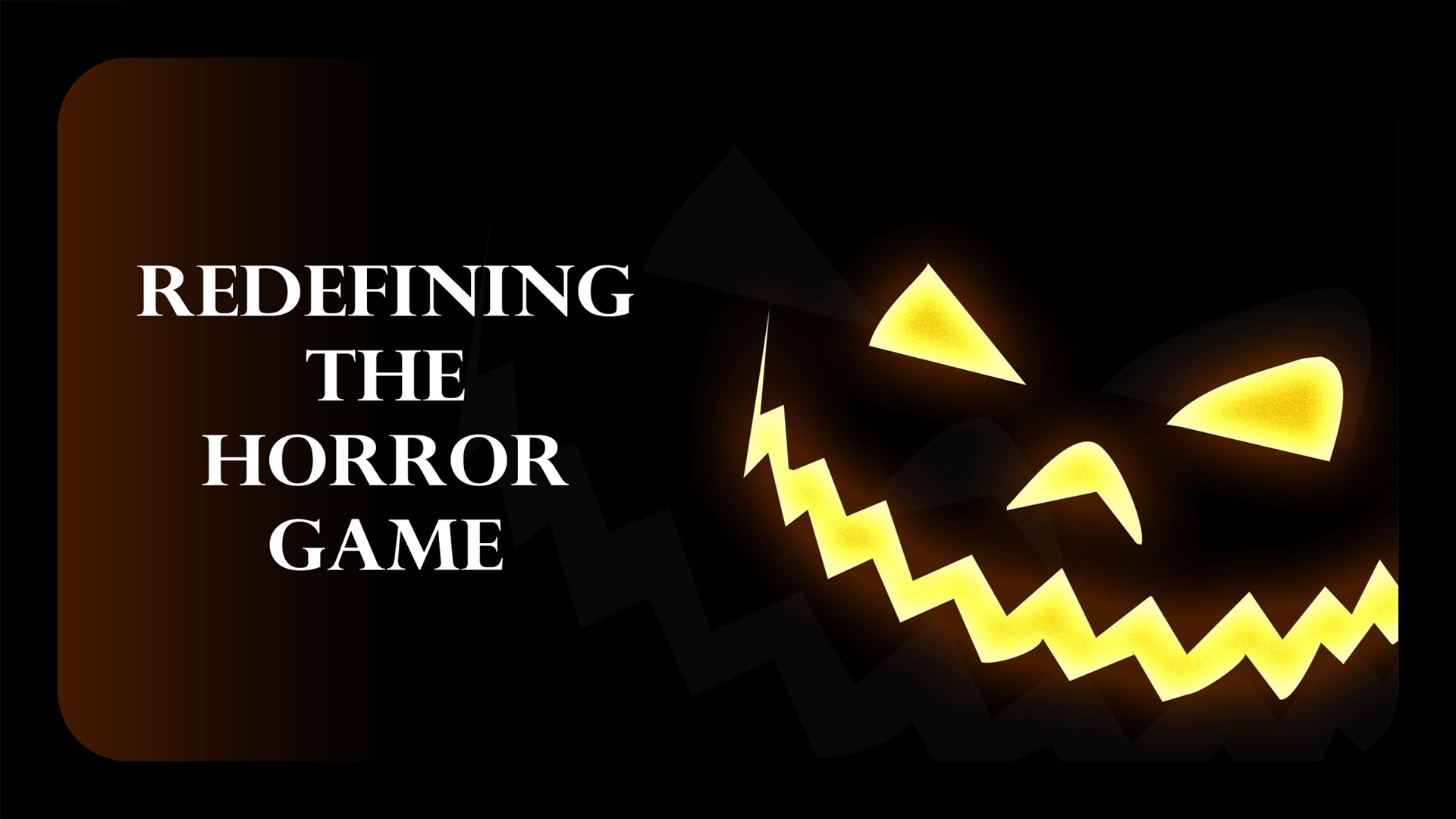 Halloween may be over, but games aren’t getting any less spooky! Accordingly, we take a look at one of the most dynamically explored genres in the past year: horror. Reinvented by games such as Slender, the genre now capitalizes on various sorts of fear as compared to just good old jump-scares.

As of now, horror games can be split into three sub-categories: the typical jump-scare style, psychological and survival. However, they tend to overlap with one or the other in various games, resulting in varying intensities of scariness. Some games, like Outlast, incorporate characteristics of all three, essentially making it a horror nuke.

Psychological horror games can’t really be classified accurately as they’re often situated at one end or the other. Some of the games just have really dark storylines or have gruesome looking characters, like Corpse Party: Book of Shadows. That’s the milder end of the scale. Those on the other end can be the “I want my mommy!”-level.

Survival horror is the newest kid on the block, focusing on apprehension and “fight-or-flight” adrenaline rushes than actual single frame spooks. Most survival horror games feature a predator vs. prey theme.

But what makes a horror game great nowadays? Here are 3 contenders vying for the top spot as this generation’s best horror game. We’ll be rating them based on 3 categories:

Without further ado, let’s have a look. 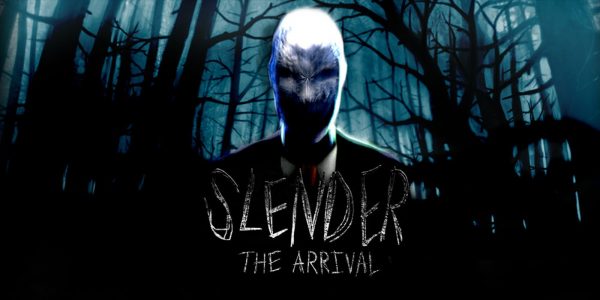 Ok, I take it back. DON’T look at this dude.

Behold the pioneer of this generation’s horror games. The original Slender, as well as its sequels T8P and The Arrival are masterful blends of apprehension and induced claustrophobia. Conceptually, the game is rather simple. Find eight notes scattered through the map at randomized locations, while avoiding looking directly at the Slenderman for too long. By too long, I mean like 2 seconds.

At the beginning it seems like an easy task, but as you collect more pages, he gets faster, and you start seeing him a lot more often (and closer) with your flashlight. While not technically a jump-scare style game, T8P is all about catching the player off guard when they see things that they…didn’t expect to be there. Paired with a dark room and a rainy night, well, let’s just say your blood running cold is the least of your problems. From what I’ve heard, some people wouldn’t even go to the washroom alone after playing one of these.

My friend used to torture me with Outlast, so to speak. I’d stay over at his place and he would hook up the laptop with a full set of peripherals…at two in the morning. Being the good sport, I’d do my absolute best to watch (note the italics).

Prepare for a lot of NSFW remarks if you decide to do the same as there are…a tidy number of jump-scares.

Concept-wise, describing it is simple. Run, hide and sneak through a psycho-infested asylum. But be smart about it. Nobody does the predator vs. prey concept quite like Outlast and the subsequent Outlast 2. It doesn’t help that the mentally deranged patients look like Necromorphs from Dead Space.

Among the horror games on this list, it’s fills the jack of all trades spot, except for realism, where it takes the cake. You’re just a reporter against an army of crazed inmates trapped in a dark asylum. Surely you don’t expect to beat anyone with that crappy camcorder, do you?

Nevertheless, I begrudgingly admit the original Outlast was a horror masterpiece, even earning itself the “Best of E3” title the year it was released, among numerous other awards. So, if you’re looking for a game that truly embodies the spirit and feel of psychological horror, look no further. 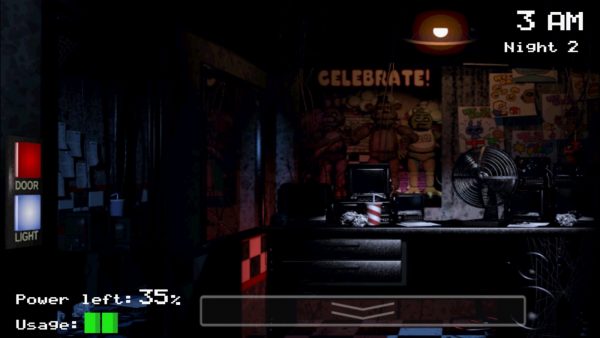 Some people argue that nothing beats the good old jumpscare. FNAF largely agrees with this ideology, and for good reason. Personally, I don’t even dare to touch this series. Call me chicken. Whatever. If it means I can sleep soundly at night, then it’s worth the ridicule.

Let’s move on to the concept. In most of the games, you’re just an underpaid night guard with unfortunate career choices at Freddy Fazbear’s Pizza. Your job is to make sure nothing happens to the animatronics (i.e. the things that will try to kill you) during your shift. Of course, the fine print doesn’t state that said animatronics are programmed to stuff you in your own exoskeleton. And what glorious, powerful equipment do you have to defend yourself with? A rifle or sword? Nope. Just a bunch of cameras and a door that can actually run out of batteries.

No, I don’t get how that works either. Moving on.

In the original game there are only four animatronics: Freddy, Bonnie, Chica and Foxy, although many, many more were added in the sequels. Use the cameras to keep an eye on them, and close the doors to stop them from entering the office. If you thought Outlast had a lot of jump-scares, prepare to be wrong. On a side note, the cluttered office and dingy lighting don’t help the induced claustrophobia one bit.

Tallying up the overall scores, here are the results from each game, up to a maximum of 30.

It’s a close fight, but Outlast inches ahead of Slender to take the crown. I guess you could say that Slender and Outlast both lie along the same trains of thought, in the sense that they scare players by putting stuff where people least expect it. However, Slender arguably lacks the quality and depth of gameplay that Outlast has, since you basically do the same thing every level. FNAF with its pure jump scare approach also falls slightly behind, since the scares are somewhat predictable after you’ve played it a couple of times.

While Outlast has taken the throne, it doesn’t mean other horror games aren’t worth a shot. The horror genre has taken big strides forward the past few years, with the scares getting more creative and unpredictable as they go.

Some recent games, like Hello, Neighbour even put up false fronts with cartoon-y appearances, even though it’s a frightening game. That’s an innovative way of looking at things, wouldn’t you say? Because at the end of the day, like every other genre, horror games are still about enjoying the experience. And so, with the lights off and headphones on, we look forward to these new experiences and how game developers are going to scare us in the coming year.

Kenneth is your dedicated jack of all trades gamer and borderline anime nut. When not writing, he likes to wind down with Overwatch, Apex Legends and a bit of Fate: Grand Order on the side.
Previous post Fallout 76 PC beta to get 4 hours extra time on Thursday
Next post GAX Deal Alert this week: Predator Helios 500 and the Halloween sale continues