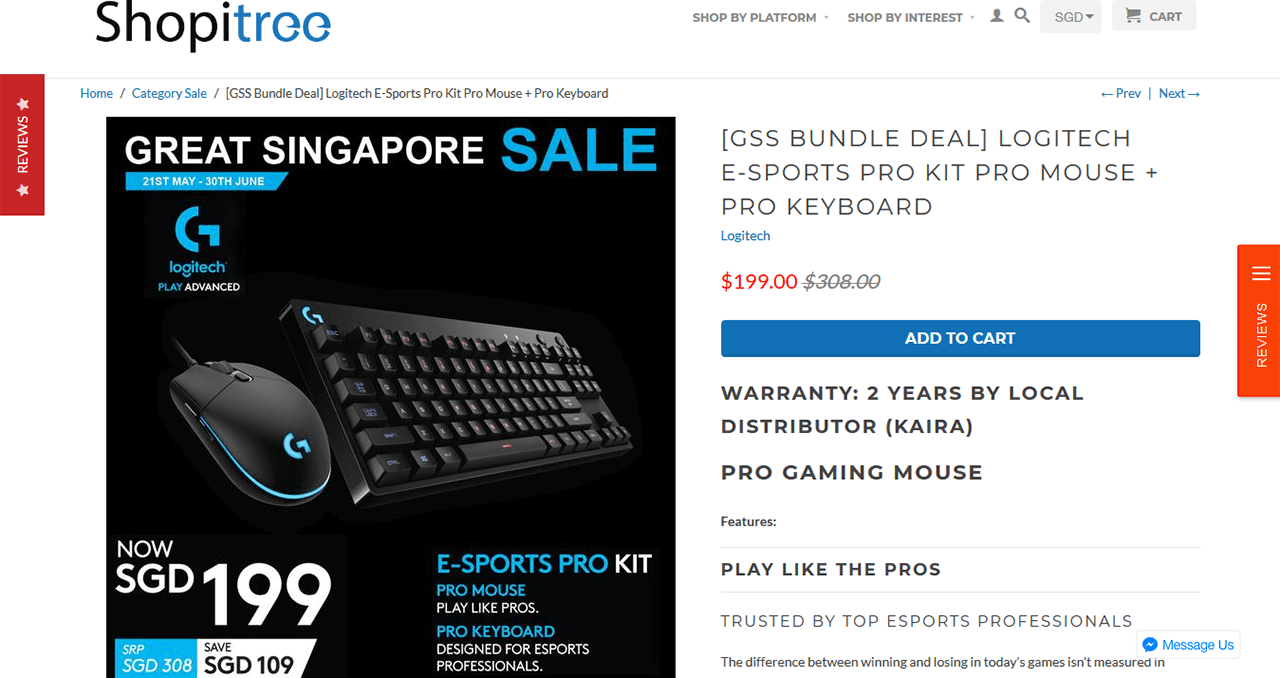 Welcome to the new GAX Deal Alert, where we highlight some of the latest gaming promotions for both hardware and software. All prices are in SGD (*converted), rounded up to the nearest dollar.

Daily deals and flash sales for loads of PC titles.

Highly visceral and challenging games not to go unnoticed.

Think DRM-free (i.e. not bound to Steam or any other platform) and GOG.com often comes out tops. The CD Projekt subsidiary often has a rotating selection of deals, and this week’s set includes melee-FPS Shadow Warrior 2 ($22*) and bullet-heavy dungeon crawler Enter the Gungeon ($11*). Alternatively, lead your own government in Democracy 3 ($9*) or take up classic space combat in Freespace 2 ($5*).
(Link)

Steam is shining its spotlight on the Saints Row and Darksiders franchises this weekend, both rescued properties from THQ’s collapse and both equally great experiences. The Saints Row IV: Game of the Century Edition ($5) gets you one of the crazier open-world adventures in years, while the Darksiders Franchise Pack ($7.35) will get you up to speed with this literally apocalyptic action-RPG.
(Link)

Get a new mechanical keyboard and gaming mouse.

Logitech G’s Pro series are built for esports, something the company has committed to since their resurgence. The Pro keyboard sports their proprietary Romer-G switches on a tenkeyless board, while the Pro mouse fits the G100s body with their newer PMW3366 sensor. Get both for $199, shaving $109 off their sticker prices.
(Link)

Tackle shooters, MOBAs, and MMOs with a single mouse.

World of Warcraft’s 8.0 patch is live, while Final Fantasy XIV’s Monster Hunter collaboration is coming next month. With MMO buzz in the air, it may be time to pick up a dedicated mouse. Razer’s Naga Trinity attempts to merge multiple products with interchangeable side plates, so you won’t have to swap the mouse entirely when playing Overwatch or League of Legends. Now discounted to $120.
(Link)

Google are running an official promo for their Google Play gift codes, slapping on $22 worth of “World Cup XP Bonus” for FIFA Mobile. It’s valid for all code denominations from $30 and up, available till the end of the month and redeemable by 30 August. Available for both Android and iOS, the free-to-play FIFA Mobile has been out since 2016, offering asynchronous multiplayer, real world events (like the World Cup) and mini-games.
(Link)

Tell us what other promotions you’d like to know about in the comments below! More hardware, less games? Console bundles and retail promotions? Or a little bit of everything? We’re all ears.

Ade thinks there's nothing quite like a good game and a snug headcrab. He grew up with HIDEO KOJIMA's Metal Gear Solid, lives for RPGs, and is waiting for light guns to make their comeback.
Previous post Call of Duty: Black Ops 4’s Chaos Story trailer is full of zombies
Next post Overwatch Free Weekend running on 26-30 July