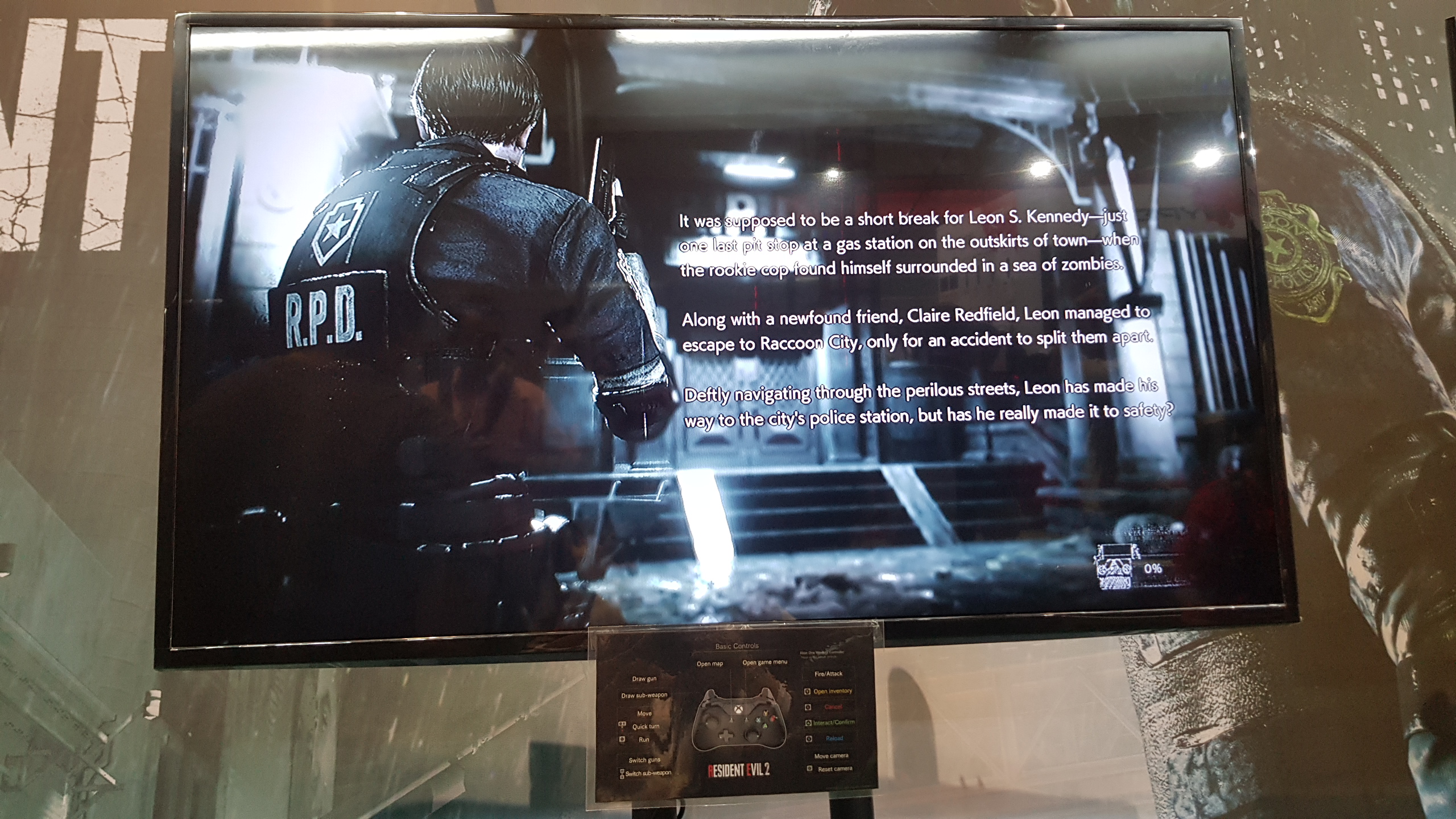 One of the games featured at the Philippines’ eSports and Gaming Summit (ESGS) is Capcom’s highly anticipated remake of Resident Evil 2 (RE2). I got to try out the game for ten minutes as Resident Evil favorite Leon and here are my impressions of the game.

One thing to note is we were playing Resident Evil 2 on Xbox One devkits, so the final experience might be different. Also, the Leon gameplay for ESGS is the same as what was demoed in E3. 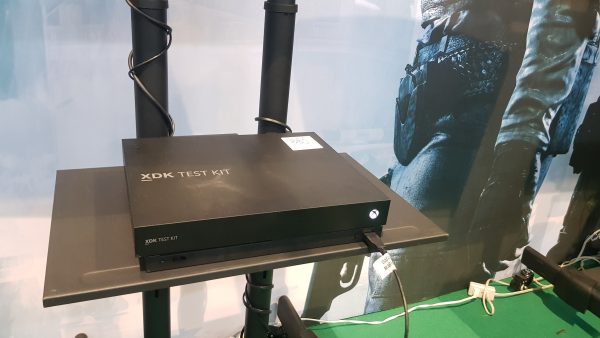 The first thing I noticed about the RE2 remake was just how smooth the movement felt. From what I recall from the original Resident Evil 2 – and I guess is a common theme back then – is the sort of awkwardness it felt to navigate through the levels. Getting to see the remake in action, made me realize just how tough the original was back then, because the camera and the movement were stiff.

Now it’s not the smoothest in terms of graphics, but since we’re playing it on devkits, I’d assume it’s not completely finished which is why the visual performance may be a bit off.  There’s a bit of clean-up or optimization that still needs to be done.

I noticed a lot of awkward textures sticking out. For example, during the cutscene where Leon meets Marvin Branagh, Leon’s skin texture kept flickering a bit. I also noticed that some shadows are slow to render, and one such object had just a triangle block as a shadow. Still, as I said, it doesn’t seem to be the final build and there’s a lot of time left before its release.

I do enjoy seeing just how they transformed the game from blocky shapes to photorealistic looks. They’ve definitely upped the horror factor when they upgraded the graphics. The setting itself, feels more grandiose and haunting than many modern horror games of today. Towering columns and statues that make you feel small, combined with tight and dark corridors that can induce claustrophobia. As my turn ended, the corridor I faced had a body hanging from the ceiling, a rope wrapped around its neck.

Indeed, the blood and gore of the remake is just as good, if not better, than what we’ve seen on Resident Evil 7 (RE7). In fact, since RE2 mainly focuses on zombies, it’s definitely more bloody and gross than RE7 – as it should be.

There’s not a lot of difference from the gameplay of this remake to RE7 – aside from the third person perspective of course. The inventory system is quick to navigate, and aiming and shooting is slow but still panic-inducing with the many zombies just lying around or showing up out of nowhere.

It takes a while to take them down too. Shooting their bodies won’t do much and it’ll take you two – three headshots to see them properly die.

If you do shoot their bodies you will see them fall, but they definitely will stand up again and try to go for you another time. I thought I defeated one and moved on to the corridor, only to find that it stood back up and followed me, and let me tell you, it’s never a good time to be sandwiched in between two zombies.

By the end of the ten minute run, my adrenaline was definitely pumping. I was trying my best to be hyper aware of everything. I checked corners, double-checked rooms, and triple-checked bodies to make sure I wouldn’t run into any surprises.

Good to know that even after so many years, this game could still get me.