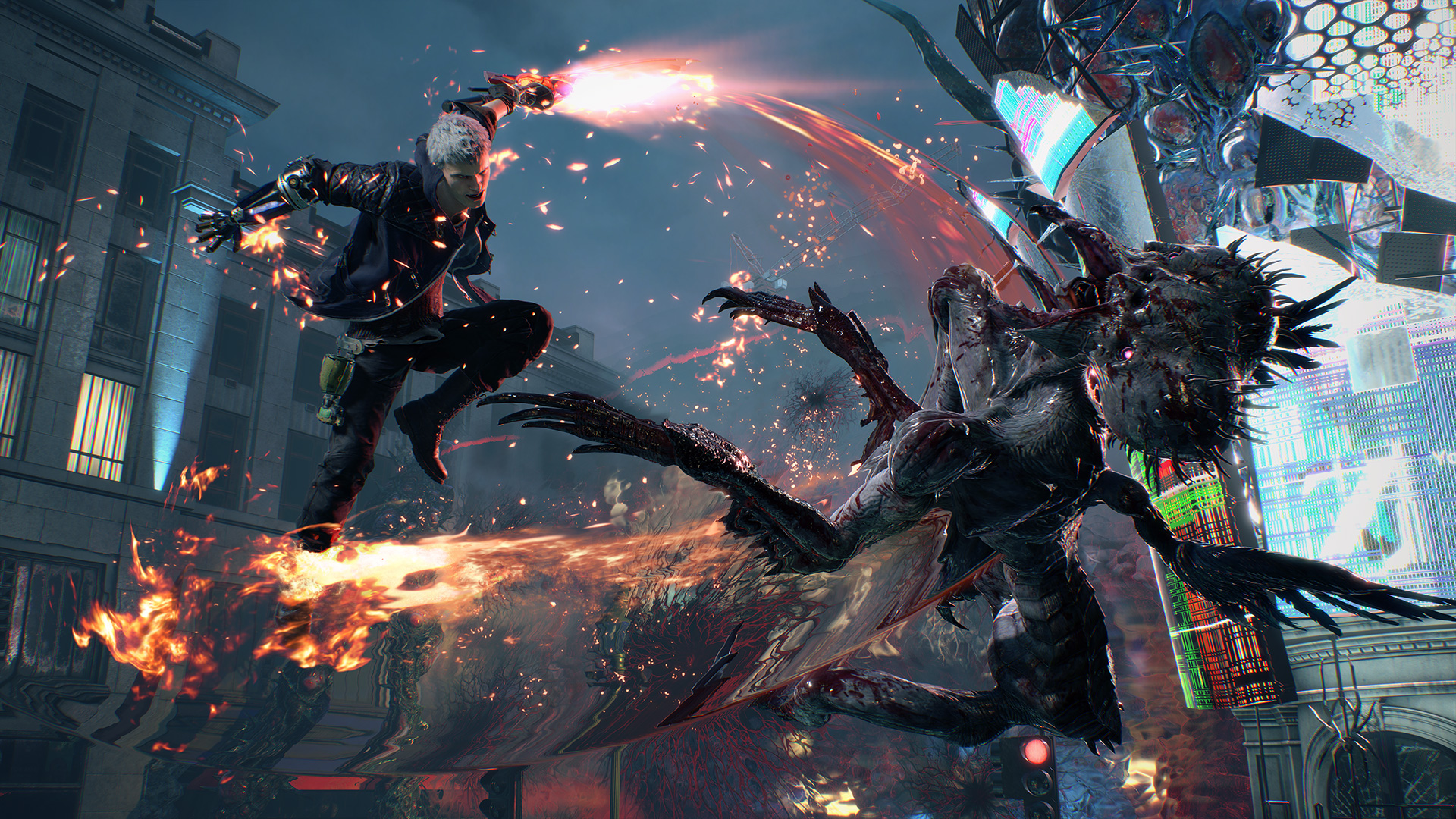 Capcom announced Devil May Cry 5 at Microsoft’s E3 presentation, putting to rest the mounting fan expectations of a new release. Coming to PC, PlayStation 4, and Xbox One by March 2019, the game is built on Capcom’s RE Engine and features three playable characters.

Devil May Cry 5 brings back series director Hideaki Itsuno (credited with DMC 2 to 4) and the core team for what Capcom bills as a “stylish action.” Here’s the official blurb for the story:

“A demonic invasion begins with the seeds of a ‘demon tree’ taking root in Red Grave City. This hellish incursion attracts the attention of the young demon hunter, Nero, an ally of Dante who now finds himself without his demonic arm, the source of much of his power. The supernatural family drama also continues as Dante, the Son of Sparda, seeks revenge for this brother’s corruption and mother’s murder.”

The third character, teased as “V” in the trailer, remains a mystery. 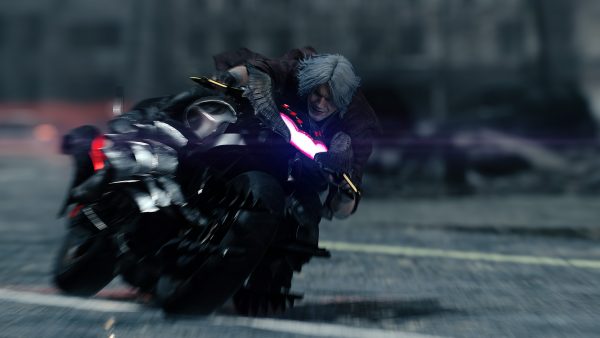 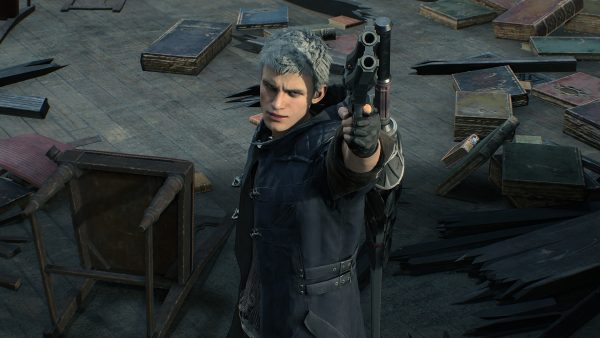 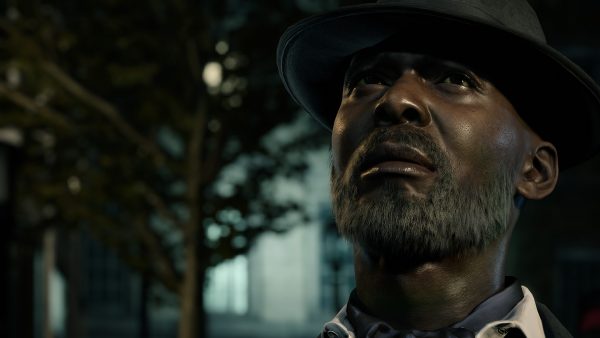 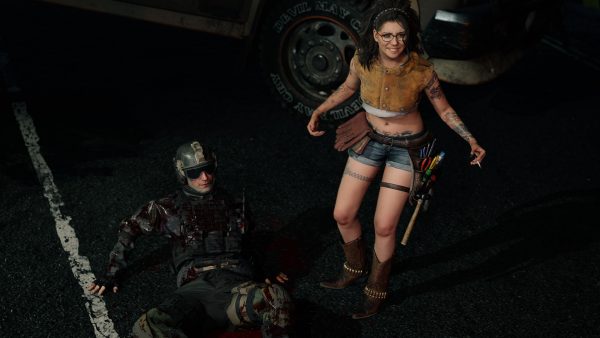 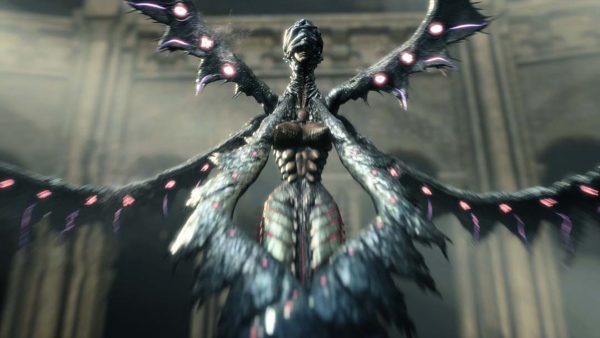 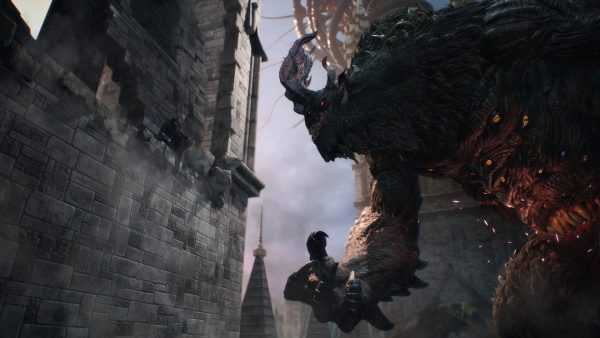 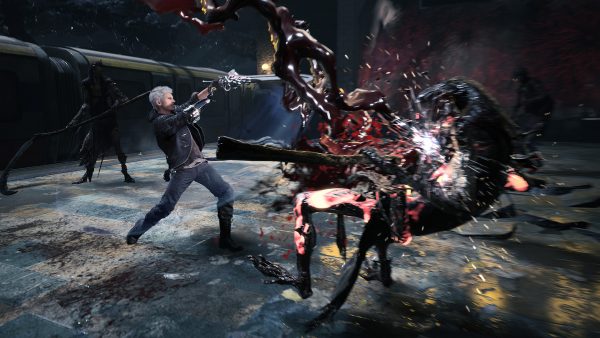 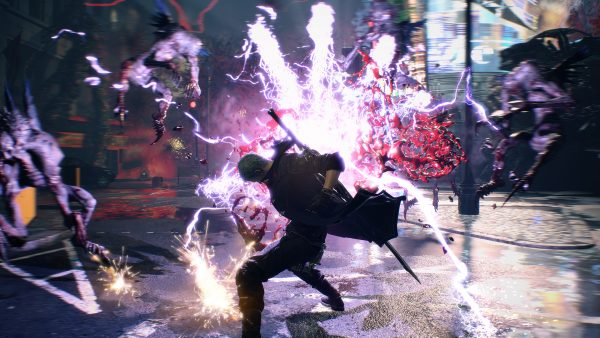 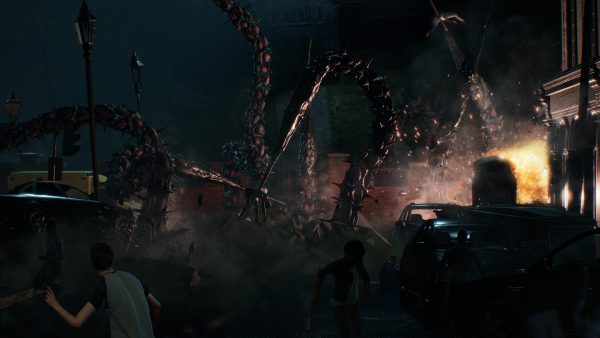 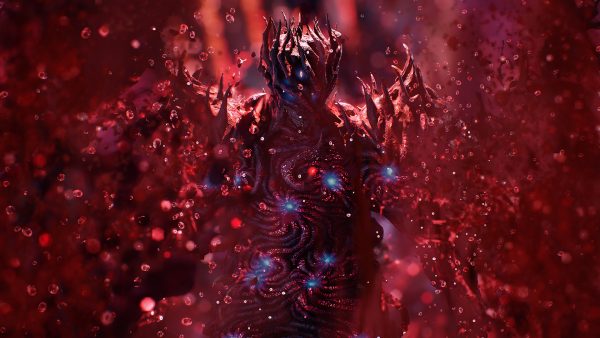 Itsuno later appeared on the Inside Xbox stream to talk more about the game.

Although “spring 2019” had been used for the announcement, Capcom’s recent investor relations press release revealed a narrower window: “before end of March 2019.”

Haven’t played the earlier games? Then you’re in luck – the first four Devil May Cry games have all been remastered into a single collection for PC and consoles.

Ade thinks there's nothing quite like a good game and a snug headcrab. He grew up with HIDEO KOJIMA's Metal Gear Solid, lives for RPGs, and is waiting for light guns to make their comeback.
Previous post E3 2018: New trailer for Ace Combat 7, still no firm release date
Next post E3 2018: The Division 2 releases on 15 March 2019, will have eight-player raids