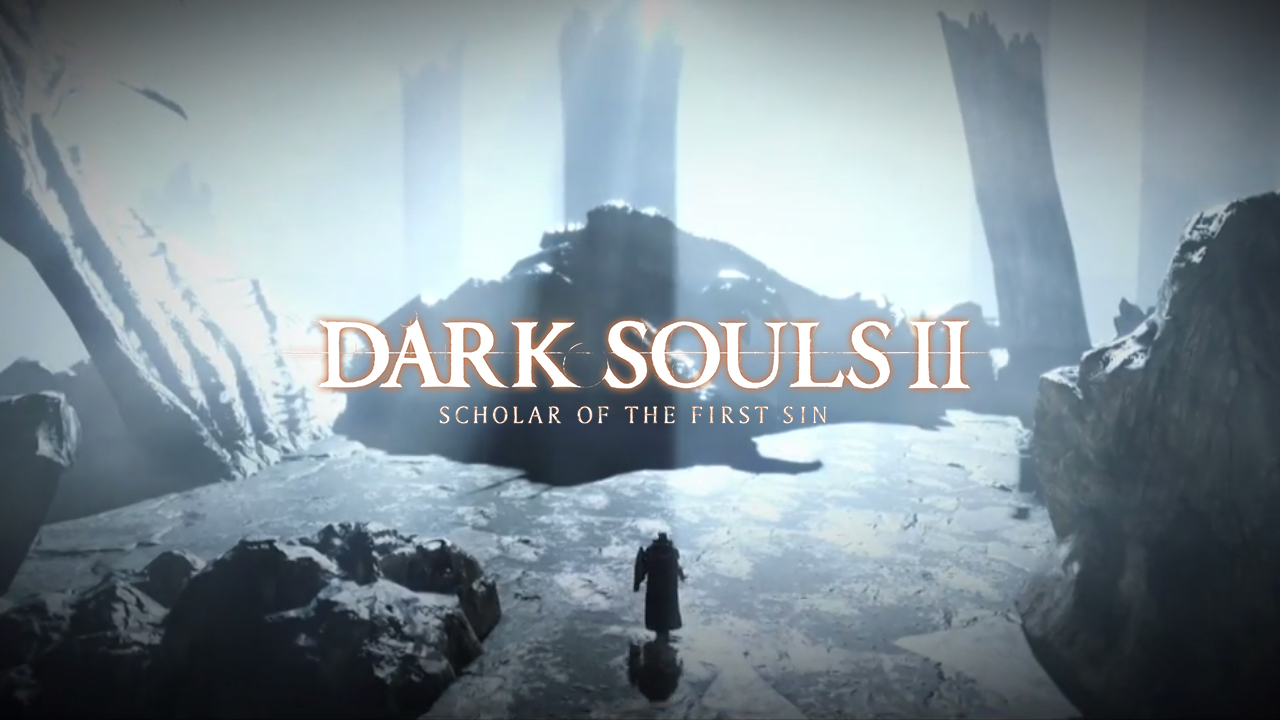 The undead of Drangleic aren’t done just yet! FromSoftware has announced Dark Souls II: Scholar of the First Sin for the PC, Xbox One, PlayStation 4 and PlayStation 3. This updated version of the game comes with all three DLC missions and a host of brand new content.

Dark Souls II released in March this year to critical acclaim, giving players more of its challenging blend of risk-and-reward. The Lost Crowns DLC trilogy – Crown of the Sunken King, Crown of the Old Iron King, and Crown of the Ivory King – heaps on additional soul-crushing obstacles and bosses to the mix.

The PS4, Xbox One and DirextX 11 PCs will see improvements to graphics, sound, and performance as well as an increase to six players per online session.

New features will also be added in a free large-scale update (ver.1.1.0) for all owners. Specifically these are augmented item descriptions, improved matchmaking functionality, and “an expanded story featuring additional in-game events and NPC characters along with new deadlier enemies.” Will we get to expand our crown collection too?

Dark Souls II: Scholar of the First Sin will haunt Southeast Asia (Singapore, Malaysia, Philippines, Thailand and Indonesia) on 3 April 2015. There’s no word on pricing just yet but I think it’s safe to say that everyone has their wallets ready.

From the look of things, PC owners will not be automatically upgraded to the DX11 version and therefore must purchase Scholar of the First Sin if they want the remastered improvements. There’s no word of a discounted upgrade though I’d strongly encourage Namco Bandai to consider it.

Game server regions will be split between last-gen (DX9) and current-gen (DX11) owners. Those who purchase the PlayStation 3 copy of First Sin will be grouped under last-gen regardless.

Lastly, cross-gen save transfers are not officially supported. The PC community’s hoping for a mod but that’s bad news for console owners, especially those who already sunk hours into their characters.

Ade thinks there's nothing quite like a good game and a snug headcrab. He grew up with HIDEO KOJIMA's Metal Gear Solid, lives for RPGs, and is waiting for light guns to make their comeback.
Previous post Preview: Core Masters Wants You To Fight Faster And Harder
Next post Here’s How WoW's Blood Elf Update Is Coming Along