Command & Conquer Cancelled, Refunds In the Next Few Days 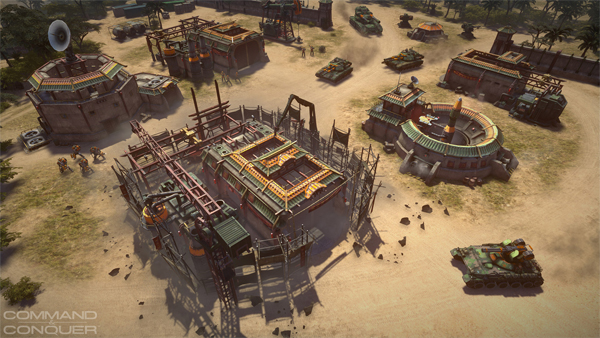 It’s back to the drawing board for this one. After a couple of months existing as a closed alpha test, EA has decided to shut down work on the next Command & Conquer as well as the studio behind it, Victory Games.

The real-time strategy got fans excited after its announcement in 2011. Initially known as “Command & Conquer: Generals 2”, the game’s development was tied to the latest Frostbite engine and, mysteriously, a BioWare studio. EA later renamed both the title and the studio to coincide with the game’s new direction as a free-to-play, multiplayer-focused RTS. The shift didn’t win itself any favours among fans, and after a brief public appearance this year, here we are.

“Part of being in a creative team is the understanding that not all of your choices are going to work out. In this case, we shifted the game away from campaign mode and built an economy-based, multiplayer experience. Your feedback from the alpha trial is clear: We are not making the game you want to play. That is why, after much difficult deliberation, we have decided to cease production of this version of the game. Although we deeply respect the great work done by our talented team, ultimately it’s about getting you the game you expect and deserve.”

EA will be giving out refunds over the next 10 days – you should contact help.ea.com if you have any questions.

On one hand it’s good that a potentially huge loss for the venerable Command & Conquer franchise was averted. On the other hand, not being able to see all those beautiful assets in action is quite a shame.

That’s also one less real-time strategy game where building is involved, which pretty much just leaves us with StarCraft II. It’s a good thing we have access to older games thanks to digital distribution.

Would you like to see more Generals or Tiberium in the next Command & Conquer?

Ade thinks there's nothing quite like a good game and a snug headcrab. He grew up with HIDEO KOJIMA's Metal Gear Solid, lives for RPGs, and is waiting for light guns to make their comeback.
Previous post PlayStation 4 FAQ Talks Game Sharing [Updated]
Next post The Walking Dead: Season Two Gets More Clementine