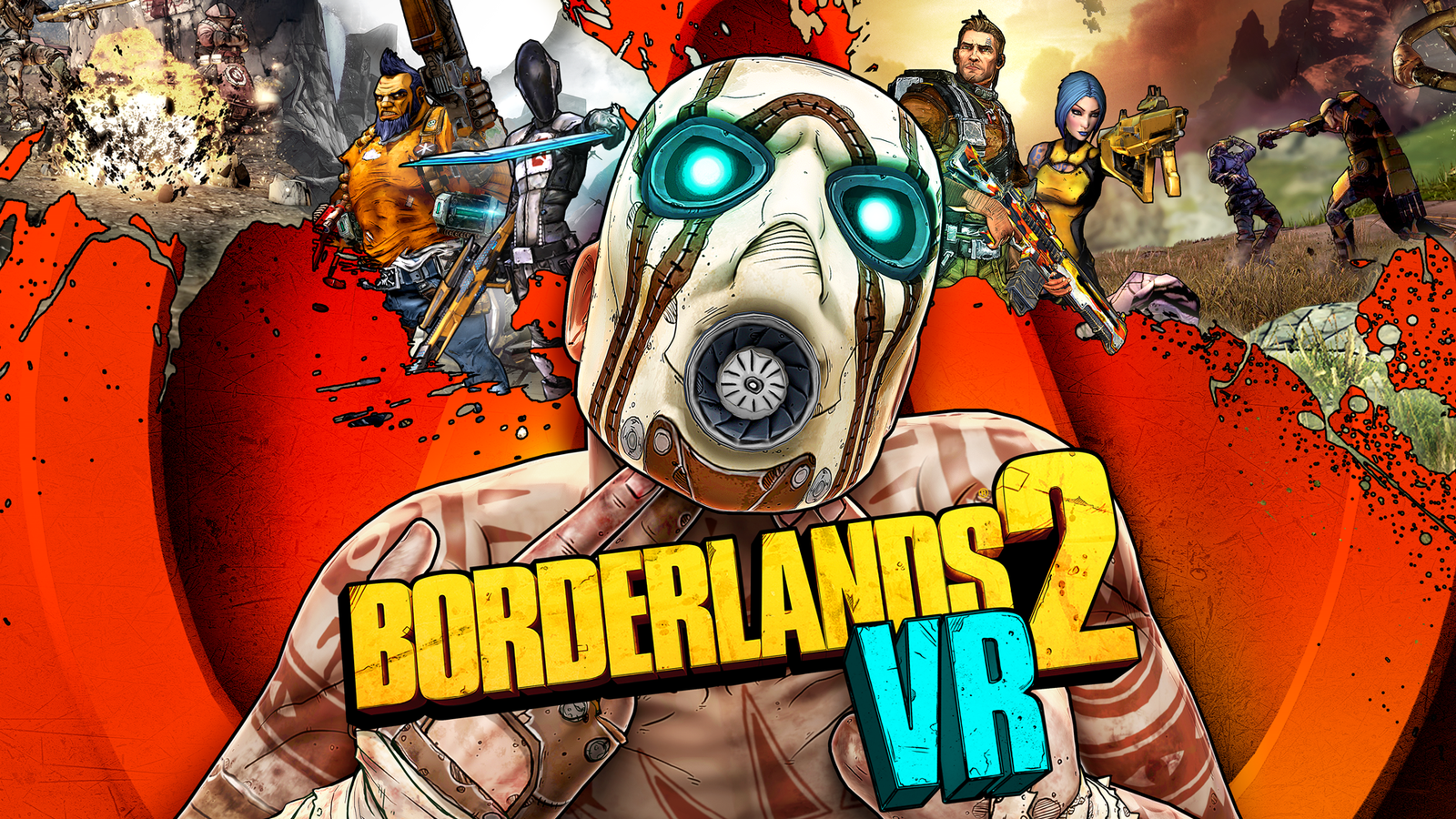 Just when you thought Pandora couldn’t get any crazier, Gearbox literally tosses you headfirst onto the beautiful (and violent) alien planet again with Borderlands 2 VR.

For those who are unfamiliar, Borderlands 2 is a first-person shoot-and-loot game that places you in the shoes of a treasure-seeking Vault Hunter. Stuck on the alien planet of Pandora, you’re quickly roped into an engaging story pitting you and the rebel forces (known as the Crimson Raiders) against the tyrannical Hyperion Corporation. Unlike the versions on other platforms, which have 6 unique playable classes, Borderlands 2 VR only comes with the original 4: the dual-wielding Gunzerker Salvador, the mystical Siren Maya, the stealthy Assassin Zero and the turret-using Commando Axton. While I must say that I’ll miss using my trusty Psycho Krieg, who is unfortunately a DLC character, being able to Gunzerk in VR more than makes up for it.

You’ll also have the chance to drive in a first-person perspective instead of the usual third-person (finally!), using your headset to aim the turrets on the vehicle. While not spectacularly game-changing, it does help to add a little more intensity and immersion to Pandora’s firefights. The controls have also been altered for the VR experience, but menu interactions, aiming schemes and inventory management remain just as intuitive as versions on other platforms. Perhaps the coolest addition is BAMF Time, which stands for Bad Ass Mega Fun Time. With this, players can slow down time for a short window in order to line up their attacks. Or you could just use it to watch a Badass Constructor explode in slow motion. Man, I hate those things.

Unfortunately, the VR mode is a wholly single-player experience, which means we’ll miss out on potentially hilarious co-op shenanigans. By extension, it could also indicate that the raid boss Terramorphous the Invincible is not in the game, given a full 4-man party is usually needed to take him down.

Anyway, here’s a promotional video you can check out for more info:

On that note, in the words of Handsome Jack,

Borderlands 2 VR will be available on December 14, 2018 for the Playstation VR. Players who preorder the game will receive a free Borderlands PS4 interface theme featuring Salvador, Maya, Zero and Axton.

Kenneth is your dedicated jack of all trades gamer and borderline anime nut. When not writing, he likes to wind down with Overwatch, Apex Legends and a bit of Fate: Grand Order on the side.
Previous post Singtel’s PvP eSports Championship: This is where it all begins
Next post Razer Phone 2 gets wireless charging, new cameras, and more; priced at US$799