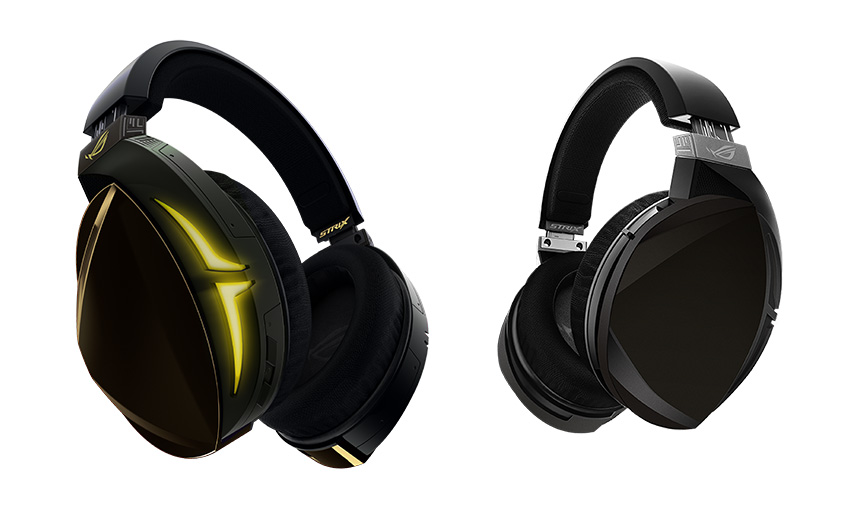 This headset comes packed with all the features you would have come to expect from the Strix Fusion series. It is High-Res Audio certified with a build in ESS digital to analogue converter (DAC) and amplifier. Its 50mm ASUS Essence drivers and specially designed airtight chamber promises high-fidelity gaming audio with a punchy bass. The ROG Strix Fusion 700 also support the 7.1 surround sound system and is optimized for games like PUBG, Fortnight and Overwatch.

The highlight, however, is its versatile connections and with its Bluetooth 4.2 for the PC and mobile devices for wireless connection. For wired connections, it comes with a USB 2.0 for PC, Playstation 4 and the Nintendo Switch. With Bluetooth 4.2, you can connect to your mobile devices while staying plugged into your PC. This gives you unparalleled control, allowing you to enjoy the high-quality gaming audio and answer phone or VoIP calls without interrupting the game. The ROG Strix Fusion 700 also features intuitive touch pads on the headset itself so you can better control the phone calls or even just the music you are listening to when you are in transit.

This wireless headset has the same drivers and airtight chamber for true-to-life audio like the Strix Fusion 700. The Fusion Wireless also comes with the same DAC and amplifier but what it really boasts is its longevity.

ASUS promises 15+ hours of non-stop intensive gaming for the hardcore gamers out there. The ROG Strix Fusion Wireless can also last as long as 8 days without charging with roughly 2-hours of casual gaming or music listening per day. The Strix Fusion Wireless also comes with dual 2.4 Hz antenna. This ensures a more stable, low-latency transmission even in areas with potential interference and multiple Wi-Fi networks like apartment buildings.