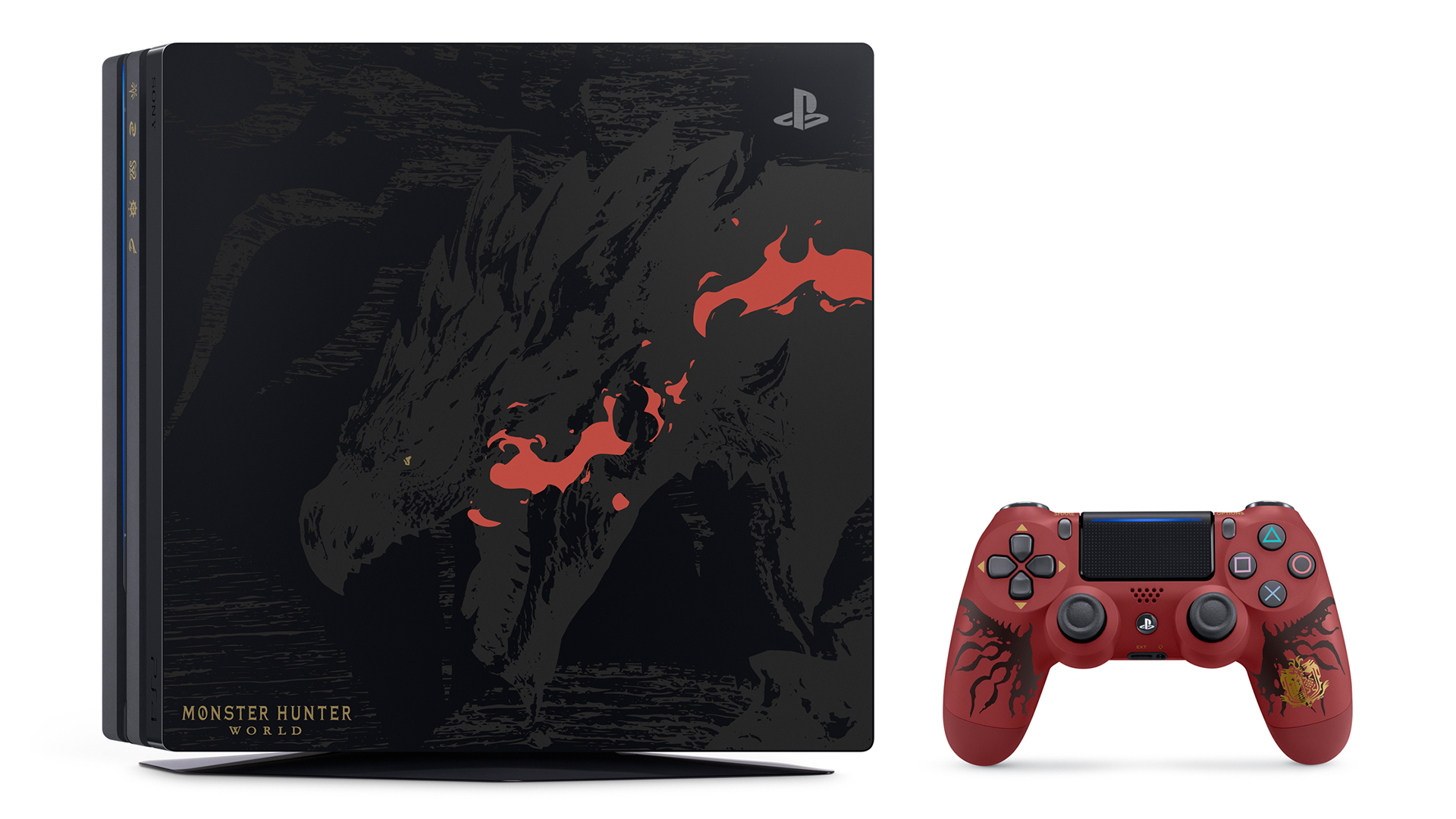 Remember that Monster Hunter: World PS4 Pro bundle exclusive to Japan? Well it seems that die-hard fans no longer need to try their luck with import sets, as Sony Interactive Entertainment are bringing limited quantities to Singapore. The sets (model number PLAS-10049HA) are scheduled for a 26 January 2018 release with a price of S$678.

The gloss-finished console sports a gray silhouette of the all-too-familiar Rathalos, a flying wyvern that debuted together with the franchise back in 2004. The fire flaring from its open mouth provides a touch of contrast, matching the red DualShock 4 controller adorned with the monster’s wings. Gold prints and lettering further accentuate the two, making for an attractive centerpiece in any Monster Hunter fan’s room. 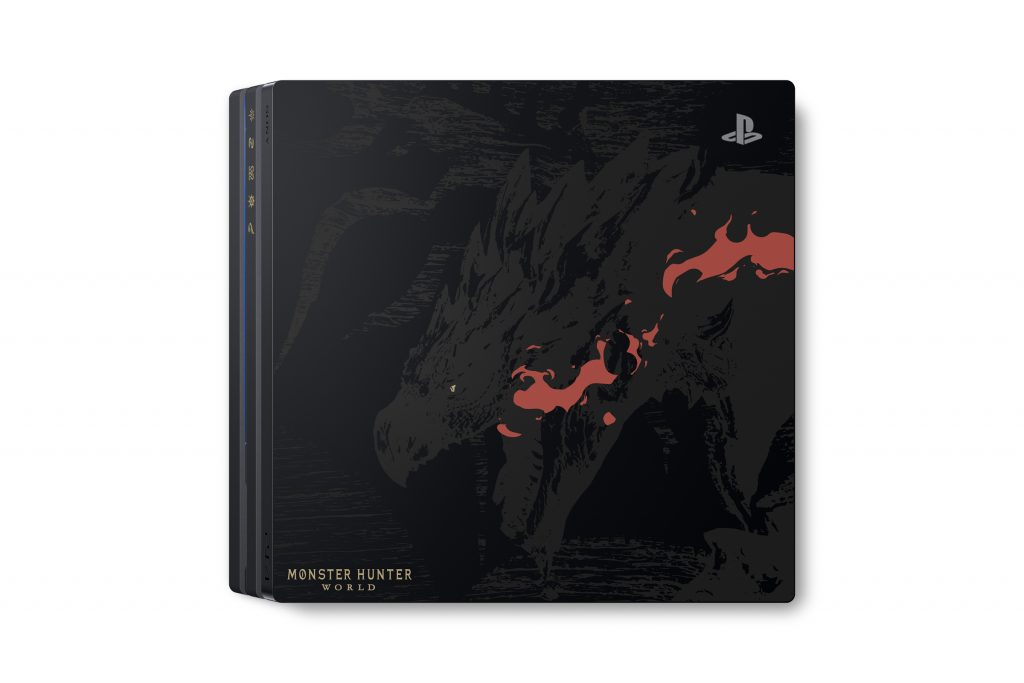 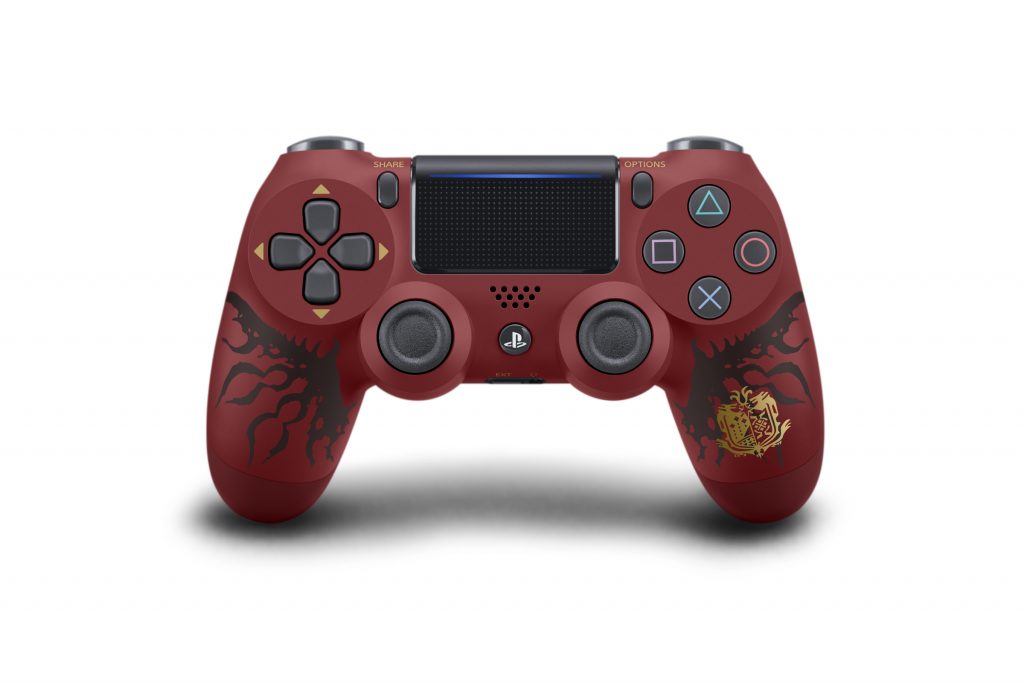 Other than a physical copy of Monster Hunter: World, the bundle includes an original PS4 theme, extra downloadable content, and a three-month membership to the PlayStation Plus service.

Monster Hunter: World is the series’ long-awaited return to home consoles. Taking advantage of this generation’s hardware, the game unifies the once-segmented hunting zones into a single, massive ecosystem for players to explore, gather, and hunt in. We’ve seen a presentation by series producer Ryozo Tsujimoto during PSX SEA 2017, followed by a recent hands-on session at a closed-door event in Singapore – both sessions paint an evolutionary step forward for the popular franchise, Capcom’s second best-selling property after Resident Evil. [21 Nov—Updated for clarity:] Monster Hunter: World will be available worldwide on PS4 and Xbox One on 26 January 2018, with a PC version slated to arrive at a later date. The “Liolaeus” themed console, however, is exclusive to PlayStation. (Thanks for bringing it up, Orlando Vanegas.)

Those looking to pick up the game by itself can go with either the $74.50 Digital Version or the $86.70 Digital Deluxe Version (listed prices for PS4).

Ade thinks there's nothing quite like a good game and a snug headcrab. He grew up with HIDEO KOJIMA's Metal Gear Solid, lives for RPGs, and is waiting for light guns to make their comeback.
Previous post Review – Assassin’s Creed Origins (PS4) is a shining return for the series
Next post Path of Exile’s new expansion, War for the Atlas, adds new endgame content