Advertorial – So you think you know Destiny 2? 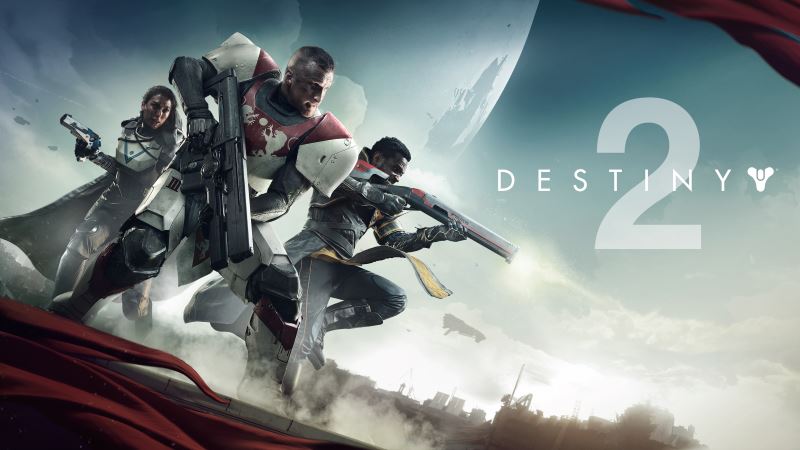 Hooo boy. Where do we start? Destiny 2 is an epic online, shared-world, first person action shooter. You play a Guardian, a powerful warrior imbued with the Light of the Traveler, tasked to protect humankind from alien invasion and the Darkness. Only now, the Last City has fallen to the Red Legion led by Dominus Ghaul and you’ve been stripped of your powers and exiled…

You know what? It’s going to take a while to explain everything so we’ll cut to the chase. We’re not even going to make any ‘this game is your destiny’ jokes.

It’s an epic space opera
Destiny 2 is the space adventure you’ve been waiting for. Choose between three classes, the heavily-armored Titan, the nimble sharpshooting Hunter, or rain fire and brimstone as a Warlock for the redemption of humankind. Traverse multiple worlds to unlock the secrets of the Guardians, gather humanity’s scattered heroes and liberate the Last City from the evil Ghaul and his Red Legion in an epic campaign that’s a blend of frenetic gunplay, comradery and cinematic storytelling.

Explore vast open world maps
From Earth to the moons of Jupiter and Saturn, each location in Destiny 2 is rich and vibrant. Instead of mindlessly clicking at menus to access missions, Destiny 2 invites you to take a walk, soak in the scenery, and stop to smell the ionized laser particles. Who knows where you’ll find your next adventure or exotic loot. The entire experience is more natural, immersive and in no time, you’ll be pulled into the world around you.

It’s an MMO-FPS-ARPG. What?
Destiny 2’s online shared-world means you’ll also run into other real players in your journey who are attempting their own tasks and adventures. You can choose to ignore them and continue your campaign solo, create a Fireteam of close knit friends for some co-op Strike Missions, or throw caution to the wind and join Heroic Public Events and Leviathan Raids with complete strangers like in an MMO. Totally your call.

Satisfy your urge to top leaderboards
Maybe you want to hone your skills. Maybe another Guardian ate your sandwich. Whatever your reasons, head to the Crucible and ask for Lord Shaxx. He’ll sort you out with some 4 vs 4 PvP action. Compete in classic deathmatch and zone control modes, or really cool sounding ones like Iron Banner and Trials of the Nine. Make other Fireteams fear your name, earn epic rewards and the eternal respect of your peers.

Be the you that only you can be
Fully customize your Guardian’s looks, apply Shaders to match the mood of the day, mod your gear for added abilities, and unlock all-new subclasses with powerful skill combinations to match your play style. Destiny 2’s robust class and gear system means you have the choice to be the unique flower that you are.

Play on the PC
Let’s be frank. You want to play an FPS, you need a mouse and a keyboard. The PC version of Destiny 2 supports 4K graphics with uncapped framerates and ultra-wide resolutions. This means everything mentioned above, is going to look so much more epic on a PC. Why aren’t you screaming “Take my money!” yet? What else do you want, hugs?

For more information about Destiny 2, go to www.destinythegame.com

Destiny 2 will be available on the PC on 25th October 2017. You can purchase and download the game exclusively from Battle.net

We are Team GameAxis. And we will play games for food.
Previous post Test and pre-order the Razer Phone at SITEX 2017
Next post Prepare for a jam-packed weekend at C3 AFA Singapore 2017